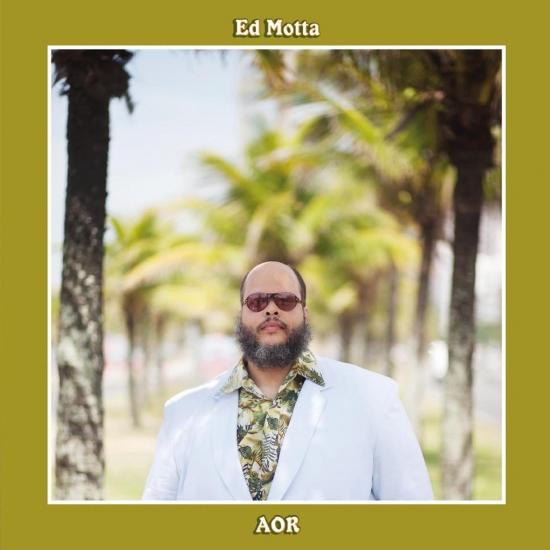 Maybe it’s because ever since my adolescence, I’ve always been a keen record collector. So recording is the apex of my career, the moment I most look forward to, the great reason for making music.
What is AOR? A north-American expression invented by radio stations in the 70’s -“Album Oriented Rock” and also “Adult Oriented Rock”. The term AOR has several meanings and aesthetic representations: records of different kinds of music like funk, soul, Brazilian, Argentine, French, Italian, reggae music, etc, can be described as AOR. Earth Wind & Fire is one of the best examples. A legendary soul/funk band that has been called AOR because of its extremely precise production standard.
One of the AOR offshoots is the Westcoast sound, California music, from the Beach Boys (actually, sunshine pop) to the great production Midas, David Foster. Pop music at its best as far as technical quality is concerned, both musically and sonically speaking. Doobie Brothers, Steely Dan, Pages, Chicago, Toto, Christopher Cross, Player, Hall & Oates, Boz Scaggs, etc, etc. Thousands of artists escorted by a whole cult following of sites, parties, new bands and artists dedicated to this universe. Naturally, all the AOR hits and rarities are available on YouTube.
This has been one of the most intricate records I’ve ever made. The mixing rate, for instance, was of one week per song. On most records, especially in Brazil, one day is set aside for each song. I used to work with two, three days. One of the greatest talents that I’ve ever encountered in sound engineering, MarioLeo, was the technician in charge. A shining sound is what you want in AOR culture, just like an extremely low bass is in a reggae recording. In the world of pop music, politeness is wrongly taken for coldness, mannerism. In AOR, technical perfection is a virtue, as in jazz and classical music.
I am very lucky to have had great musicians by my side, each one’s signature and accent is indispensable so that my arrangements can take on the life and shape I imagine for them. All of them are outstanding musicians, with personality and their own sound and style. And I got lucky: Chico Pinheiro, Bluey, leader of Incognito, as well as legendary guitarist David T.Walker, who has recorded just about everything and a little more of North-American music from the 70’s to the present day.
Before listening to this record, the modus vivendi and the AOR imaginary would put on a Hawaiian shirt à la Magnum PI, slip on a pair of loafers with no socks like in Miami Vice, get inside a convertible car and drive by coconut trees at sunset. Drive through Rio de Janeiro, Los Angeles, Miami, Hawaii. Aloha!
"Brazilian producer, multi-instrumentalist, composer, arranger, translator, and fanatical record collector, Ed Motta has long been a musical renaissance man; a forward-thinking standard bearer to music fans in his own country, as well as a club, radio and festival presence in Europe and Japan; he's less well known on the American side of the Atlantic. While previous offerings -- notably Poptical, Dwitza, and Aystelum -- have brought his love for the crossover jazz, rock, and R&B of the late 1970s into MPB, and he has never assembled them so completely as he does here. As a genre/radio format, "AOR" refers to "album-oriented rock." For Motta it has always been more complex, deeper, and wider; it was American music, regardless of popular genre, that displayed a specific standard in writing, playing, and production. Though this adheres closely to Steely Dan's Becker and Fagen, one can also hear Maurice White, Rene & Angela, Gino Vannelli, and Jay Graydon in both charts and mix. He enlisted a cast of Brazil's finest studio players to assist him in this project's realization. Guitars, horns, crisp drums, organic hand percussion, elegant basslines, Rhodes piano, clavinet, Moog, etc., all capture the vibe perfectly. But the writing and singing are pure Motta: tender, sensual, soulful, and airy, his voice carries a remarkable range that adorns gorgeous melodies and poetic lyrics. Virtually any song here could have been a single. The breezy opener "Playthings of Love," with graceful interplay between his Rhodes, electric guitar, bass, and a ticking snare, create a space for the horns to enter subtly on the second verse. By then the listener is completely enveloped in the grooving hook. "Simple Guy" is a summery love song with a brilliant horn chart that dialogues -- line for line -- with his vocal. "Dondi" features a guest appearance by legendary American session guitarist David T. Walker (of Innervisions, Let's Get It On, and dozens of others). His colorful chord voicings and lead fills enhance layers of flutes, horn, and crystalline Rhodes, while his lyrical solo shines through. "Smile," with Incognito's "Bluey" Maunick on guitar, contains a funky bassline as irresistible as the tune's melody. The jazz cadence in "Dried Flowers," illustrated by Wurlitzer, ARP strings, vibes, fat brass, and reeds, is underscored by Sergio Melo's breakbeats binding the tune forever to R&B. The set's most musically ambitious moment is "Farmer's Wife," which artfully melds sophisticated pop, progressive rock, and jazz. The only track in Portuguese (on the American English version) is "Mais Do Que Ei Sei," co-written with Dudu Falçao. It is a sinuous rock tune that adds considerable contrast and dimension to what's already here. For Motta, AOR is not mere nostalgia for an era, but a musical standard he aspired to. He not only accomplished it but left his own mark as well." (Thom Jurek, AMG)
Ed Motta, vocals and keyboard
Paulinho Guitarra, guitar
Miguel Casais, drums
Matti Klein, piano
Hannes Hüfken, bass
Sebastian Borkowski, saxophone
Stefan Ulrich, trumpet 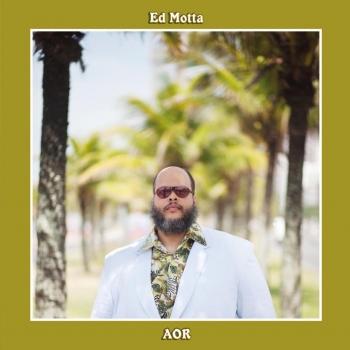 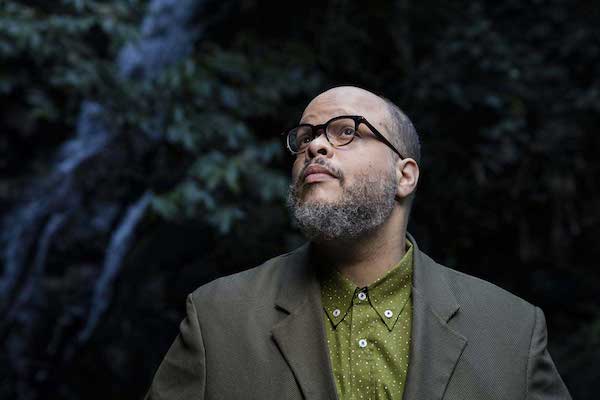 Ed Motta
Born on August 17th, 1971, in Rio de Janeiro, Eduardo Motta had an early inclination for music. During his adolescent years, deep in rock and blues, Ed was recruited as the vocalist for the hard rock band, Kabbalah. Since then, his musical passions and references have expanded to soul, funk, jazz, classic-rock, classical music, blues and Broadway.
The results of this musical melting pot is pure Ed Motta, lauded and respected by his dedicated fan base in Europe, Japan, The United States and throughout Latin America. On stage and in the studio, Ed has engaged in musical exchanges with musicians such as Roy Ayers, Chucho Valdés, Jean-Paul “Bluey” Maunick (Incognito), Ryuichi Sakamoto, Patrice Rushen, Hubert Laws, Bernard Purdie, João Donato, Dom Salvador and Greg Phillinganes.
At the age of 15, Ed Motta recorded his debut album “Ed Motta & Conexão Japeri” (Warner Music, 1988) which became an instant boogie-funk classic. Three decades later, eleven albums deep, seven soundtracks for film and a score for musical theatre, Ed Motta will now release his latest work “Criterion of the Senses” on September 2018 in Europe (Membrane) and Japan. The new full length album reveals a new chapter of the acclaimed singer-songwriter, multi-instrumentalist, arranger and producer. Since his first LP, Ed was always the de facto producer of his discography, arriving at the studio with a concept in his head and working meticulously towards perfected instrumentation.
Ed’s second album “Um Contrato com Deus” (Warner, 1990), showcased Ed’s growing maturity through experimentation and musical diversification. The album was entirely composed, produced and recorded by Ed and Bombom (bassist and guitarist who also participated in the group Conexão Japeri). During this time period, Ed Motta wrote and recorded his first musical soundtrack for the short film “Leonora Down” from filmmaker Flávia Alfinito.
Released in 1992, Ed’s album “Entre e Ouça” paid homage to the pop-jazz sensibilities of Steely Dan, an obsession of Ed’s which maintains prevalent till today. The album artwork was created by artist Edna Lopes, who also pays homage to the Franco-Belgian comic strip drawing technic, “ligne claire.”
Released at the end of 1993, Ed finished his contract term with Warner for his record “Ao Vivo.” He then traveled to New York for one year and during his stay, recorded for an unfinished Donald Fagen project at River Sound Studio, alongside Eddie Gomez, Chuck Rainey, Bernard Purdie, Lenny White, Paul Griffin, David Spinoza and others. During this time period, Ed continued to expand his musical and cultural vocabulary, including music from his homeland of Brazil.
Upon his return to Rio de Janeiro, Ed applied his musical references and talents towards films. He provided music for two short films - the award-winning “Ninó” directed by Flávia Alfinito, and “Famine” from Patrícia Alves Dias. In 1996, Ed returned to the top of the charts for the theme song to the feature film “Pequeno Dicionário Amoroso” (directed by Sandra Werneck). Ed also performed in London, Buenos Aires, New York, Boston, Miami, Rome and Paris (returned 4 times for an encore at the club Hot Brass). In São Paulo, he participated in a concert alongside the Symphonic Jazz Orchestra, under the direction of conductor Nelson Ayres. During this show, he presented instrumental themes, which served as a precursor for future recordings.
Now working with Universal Music, in 1997, Ed released “Manual Prático Para Festas, Bailes e Afins, Vol. 1.” Sonically, the album broadened the range of instrumentation and musicality, with arrangements developed alongside a team that included legendary Lincoln Olivetti, internationally beloved for his mastery of groove and recording technics. The record sales and radio support for “Manual Prático” generated Ed’s biggest tour to date, while also performing in Europe and the US (including a NY show at Summer Stage with vibraphonist Roy Ayers). In 1999, Ed toured the US coast with famed Brazilian signer, Ivan Lins, and their NY performance at Carnegie Hall featured singer Chaka Khan and bassist Will Lee.
Ed also did the soundtrack for the half-length film “De Janela Pro Cinema” (directed by Quiá Rodrigues), which was awarded at Brazilian film festivals.
Ed’s fifth album, “As Segundas Intenções do ‘Manual Prático” (Universal, 2000), was greeted with heavy radio play and also featured the only instrumental track in the repertoire “A Tijuca em Cinemascope.” ???
Released one year later, “Dwitza” (Universal) was practically an instrumental and scat record, with only two tracks that featured lyrics. The album was influenced by spiritual jazz and fusion labels Strata-East and Black Jazz, soundtracks by Ennio Morricone and the vocal duo Jackie & Roy. The title “Dwitza” is a word, invented by Ed himself, with no previous meaning, but features an universal sound. The album was also released in England on CD and vinyl via the label Whatmusic, which allowed Ed to perform again in England and Portugal.
In 2001, Ed continued to work on film, providing music for feature films “A Compartir” (directed by Daniel Filho) and “Sexo, Amor e Traição” (directed by Jorge Fernando). The 21st century amplified and diversified Ed’s field of work, applying his impeccable tastes and encyclopedic knowledge to areas outside of musical performance. He wrote text for DVDs of classic film re-releases, while writing about his favorite filmmakers and movies for various media outlets. He also wrote columns about wine and food and curated wine, beer and tea menus for the Sao Paulo design hotel, Emiliano. Ed also maintained an online wine column for Brazil’s top weekly magazine, “Veja” while presenting a radio show “Empoeirado” for Sao Paulo’s Radio Eldorado, showcasing and presenting rare and obscure gems from his collection of 30,000 records.