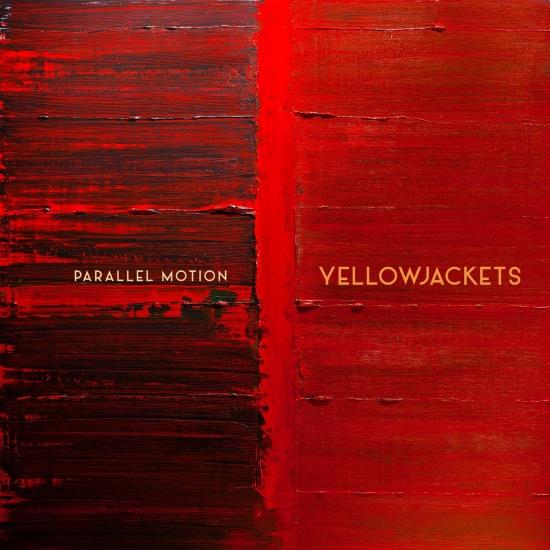 "Parallel Motion" — the new album from jazz fusion legends Yellowjackets — is a true testament to the longevity and resilience of a band who debuted over 40 years ago.
Consistently reinventing themselves through elevated instrumentation in their signature electro-acoustic soundscape, the current lineup consisting of Bob Mintzer (tenor & soprano saxophone/EWI), Russell Ferrante (piano/keyboards), Will Kennedy (drums, keyboards) and Dane Alderson (electric bass, MIDI Sequencing) showcases a collective at their prime. This album features 9 new original compositions and guest vocalist Jean Baylor (4x GRAMMY® Award Nominee of the Baylor Project and R&B duo Zhané) on “If You Believe."
Parallel Motion was recorded in three days after a brief European tour during the pandemic.
“We rehearsed the tunes on the album maybe three times,” Alderson comments on the album’s conception. “I believe we’re only now on this tour performing these songs live, so what you’re hearing are about as fresh as they can be. Everything really came to life in the studio in those three days.”
Throughout the album, Yellowjackets explore resilience and optimism rather than the angst and isolation associated with that period.
For Mintzer, Parallel Motion “represents the commitment to stay together and keep moving forward. It’s really about this four-cornered square that functions no matter what. With each record, all four of us are on the hunt for new ways to put the notes together. The music keeps growing. The focus is this band. A clear, identifiable sound. Four equal parts.”
ussell Ferrante, piano, keyboards
Bob Mintzer, tenor and soprano saxophones, EWI
Will Kennedy, drums, keyboards
Dane Alderson, electric bass, MIDI sequencing
Guest:
Jean Baylor, vocals (track 8) 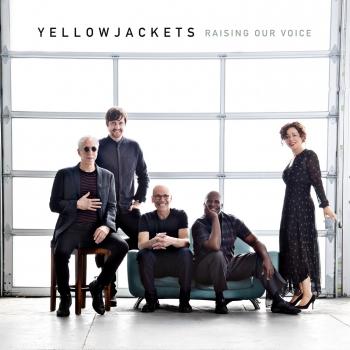 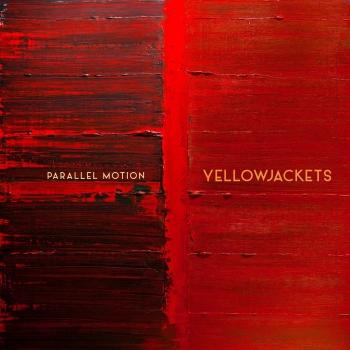 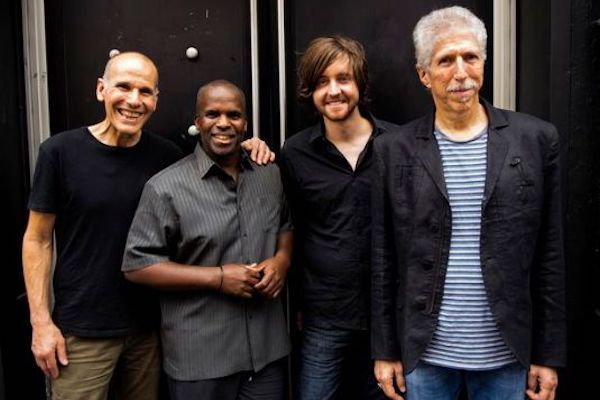 Yellowjackets
In music, time flies, styles unstoppably evolve, and bands come and go. But there are also rare stable, forward moving forces on the scene—one prime example in jazz being the Yellowjackets. As of 2011, this beloved eclectic, electro-acoustic jazz band that keyboardist Russell Ferrante and bassist Jimmy Haslip built celebrates the ripe, young but deep age of 30—a milestone commemorated with another powerful and heartfelt album, fittingly named Timeline.
In fact, Timeline is a special occasion on more than just the 30th anniversary front, as it is the first step in a new relationship with the respected jazz label Mack Avenue Records and the first new album with an important alumnus back in the ranks—the dynamic and flexible drummer Will Kennedy. Kennedy, who worked with the group for ten years and appeared on half its discography to date, returns to the ranks after a dozen years away. He fits seamlessly into the band, alongside Ferrante, Haslip and the multitalented saxophonist-composer Bob Mintzer, whose critical role in helping define the group’s current sound goes back to 1991.
For longtime Yellowjackets fans, the new album arrives as a confirmation and extension of the high expectations for this band. For new listeners, it’s an ideal introduction. Timeline is the band’s 21st official recording not including special side projects and guest spots. The band’s background gleams with various honors, including 17 Grammy® nominations and two Grammy® awards to show for their efforts—so far.
As Haslip explains, “We get extremely engaged with every project and we try to elevate and open things up. That’s always the goal with every project. I’m not saying we always succeed. But the focus is to always try to do something that is hopefully engaging. And being that Russell, myself and the guys in the band have a certain chemistry,” he adds with a laugh, “it’s not easy to accomplish this after thirty years.”
For this 11-track song set most of the material was penned by the prolific and inspired Mintzer and Ferrante, kicking off with Mintzer’s bold, boppish but propulsive and grooving “Why is It,” and the snaky, syncopated and aptly-named “Tenacity,” which could also be an operative descriptor for the group’s MO. Ferrante’s title track is a lovely and lyrical, anthem-like piece; its melody—a sweet but also artfully thickening plot—is stated first on Haslip’s fretless bass and expands into saxophone and arrangement twists. It’s as if the song’s emotional grounding and searching qualities tell the tale of this band, to date.
Musically, the terrain on Timeline is characteristically diverse but also cohesive, melodically accessible and also gently experimental, in keeping with the Jackets’ concept for three decades. Beautiful balladry, such as Ferrante’s “Indivisible” and Mintzer’s “My Soliloquy,” intertwine with modern-day variations on traditional swing themes such as on Mintzer’s “Like Elvin” (also one of the songs featuring a new sound for the band, guest trumpeter John Diversa) and Ferrante’s “Numerology.” Kennedy’s one composition, “Rosemary,” explores an inventive rhythmic-melodic feel, with its lyrical balladic melody lying atop an exotic drum groove.
And roughly in the middle of it all comes the slinky-funky Ferrante/Haslip tune “Magnolia,” originally written during the time of the 2008 album Lifecycle, but coming fully to light here. And as it happens, that song becomes a great vehicle for another strong historical linkage in the band’s history, as guitarist Robben Ford makes a rare cameo on record with a spicy wah-wah-fied guitar solo. This is Ford’s first appearance on a Yellowjackets album since 1994’s Run For Your Life, engaging in easy dialogue with the band he half-accidentally launched.
Yellowjackets, as a unit, was actually assembled for Ford’s popular 1978 album Inside Story. Recalling the Inside Story project, Haslip laughs, “I wasn’t even 30 years old when we did that; I think I was 26 or 27. About a year later, in 1980 we got a deal with Warner, through Tommy Lipuma, to do an instrumental record! That was a really exciting moment, to actually realize that we had been signed by a major record label to do an instrumental project. Our first recording, Yellowjackets, was released in 1981.”
And from those humble, auspicious and unforced beginnings grew the long and ongoing saga of one of jazz’ longest lasting bands. Another early blast of affirmation came after they received a Grammy® nomination for that 1981 debut album. “We never thought that could happen,” Haslip recalls. “We didn’t win, but just having a nomination was certainly a boost, a shot in the arm.”
Multiple chapters and subplots have wended through the band’s history including the presence of more R&B-geared alto saxophonist Marc Russo for most of the ‘80s, before Mintzer’s jazzier voice shifted the stylistic balance. Drummers have included Peter Erskine (for a brief and unfortunately unrecorded incarnation), a happy decade-long stretch with Marcus Baylor, and Kennedy—then, now and into the future.
All along, the band has mastered the art of being both accessible and adventurous, with strong grooves and melodies blended in with surprising twists. Calling them a “fusion” band doesn’t do the project justice. Haslip comments, “I think it’s just how we’re wired. We are very passionate about the music, obviously, and we love to listen to everything. It motivates us in many ways. And with that motivation, we are also creatively inspired to continue our progression.”
All in all, Timeline is another significant link in the strong historical chain of this band’s story. Haslip notes, “We have a legacy that follows us around going on thirty years now, which is self-propelled at this point, and fuels our motivation and honorable intent to create music. But at the same time, it takes patience, hard work and nurturing.