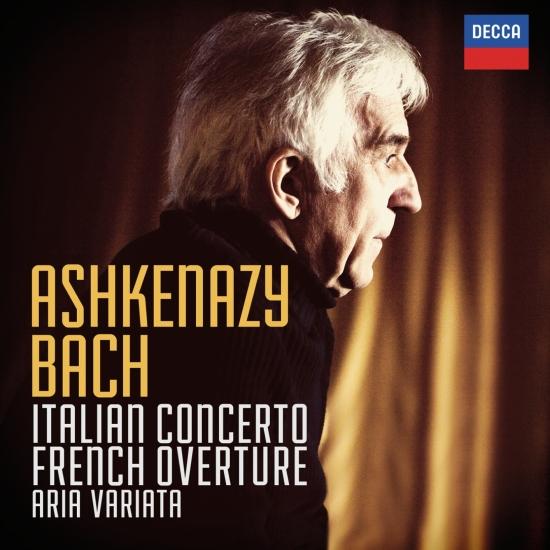 Significantly, the focus of J.S. Bach’s obituary is almost exclusively on his life as a keyboard player. There is a brief mention of the cantatas, Passions, concertos and the Mass, but with no details matching those of him as a keyboardist — learning to play as a child, developing a career as an adult. Rather, and at considerable length, it tells of his great fame as a player — on harpsichord (before the King of Saxony in Dresden), on organ (before enthusiastic audiences) and even on piano (before the King of Prussia in Potsdam).
However difficult and complex some of his keyboard music was, particularly for the time, it remains wonderfully practical, playable (with practice!) and is, in the way the hands move, positively palpable for the player. It is a unique repertory. The four works recorded here show Bach in various guises as a versatile keyboardist: a young man imitating his elders (BWV 989), an energetic arranger of the new Italian concertos (BWV 974), and as a mature composer of astonishing originality and suavity (BWV 831 and 971).
Vladimir Ashkenazy, piano 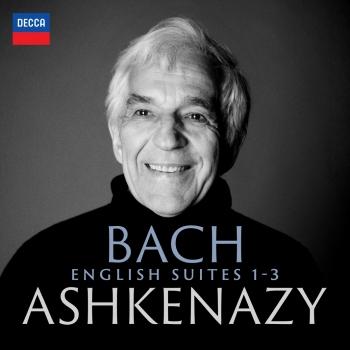 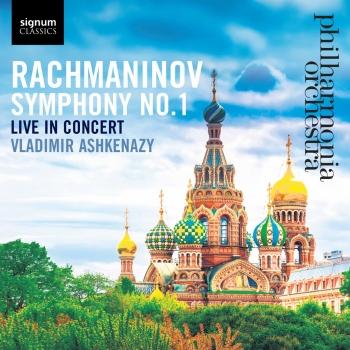 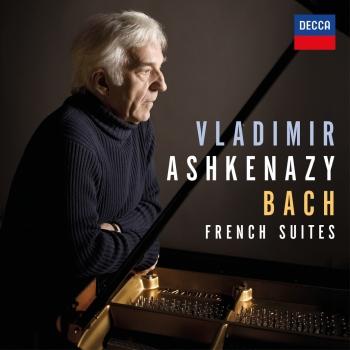 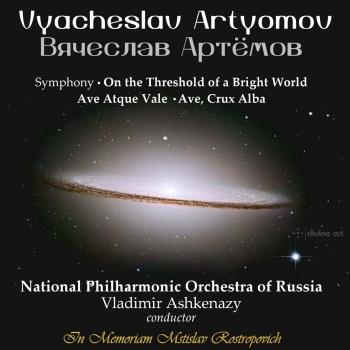 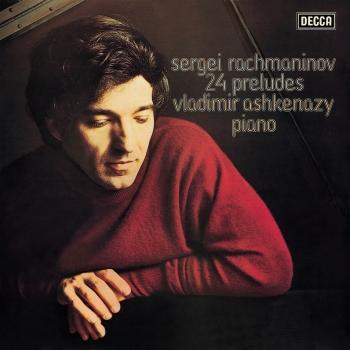 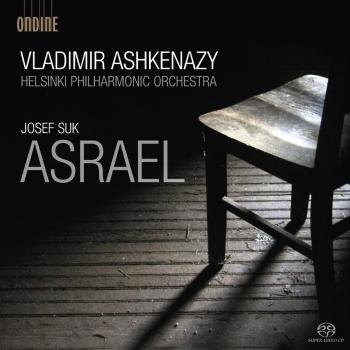 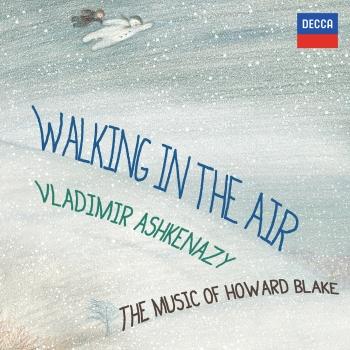 Walking In The Air: The Music Of Howard Blake 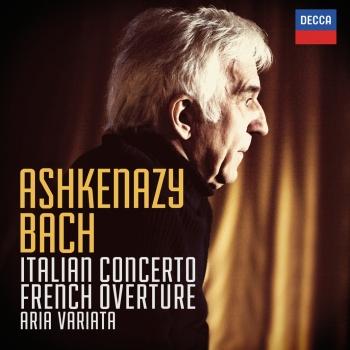 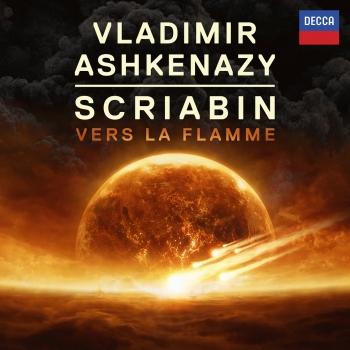 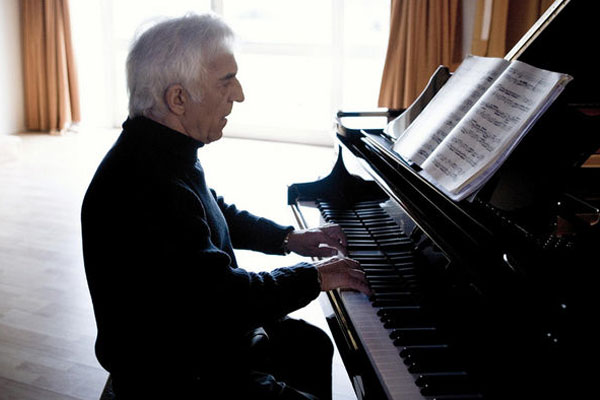 Vladimir Ashkenazy
Among the foremost musical figures of our time, Vladimir Ashkenazy was born in Gorky in 1937. He began playing the piano at the age of six and was accepted at the Central Music School at the age of eight. He graduated from the Moscow Conservatory, having studied with Lev Oborin. He won second prize in the International Frédéric Chopin Piano Competition in Warsaw in 1955, first prize in the Queen Elisabeth Music Competition in Brussels in 1956, and joint first prize with John Ogdon in the 1962 International Tchaikovsky Competition. Since then, he has built an extraordinary career, not only as one of the most renowned and revered pianists of our times, but as an artist whose creative life encompasses a vast range of activities and continues to offer inspiration to music-lovers across the world.
Conducting has formed the largest part of his activities for the past 20 years. Formerly Chief Conductor of the Czech Philharmonic (1998–2003) and Music Director of NHK Symphony Orchestra in Tokyo (2004–7), from 2009 to 2013 he has served as Principal Conductor and Artistic Advisor to the Sydney Symphony Orchestra, collaborating on a number of exciting projects including composer festivals, major recording projects and international touring activities. His final concerts, in November 2013, featured Britten’s War Requiem.
Alongside these positions, Ashkenazy has continued his longstanding relationship with the Philharmonia Orchestra of which he was appointed Conductor Laureate in 2000. In addition to his performances with the orchestra in London and around the UK each season, he appears with them worldwide – including a number of tours scheduled for 2014 – and has developed landmark projects such as Prokofiev and Shostakovich under Stalin in 2003 (a project which he also took to Cologne, New York, Vienna and Moscow) and Rachmaninov Revisited in 2002 at Lincoln Center, New York.
Ashkenazy also holds the positions of Music Director of the European Union Youth Orchestra, with which he tours each year, and Conductor Laureate of the Iceland Symphony Orchestra and the NHK Symphony Orchestra. He maintains strong links with a number of other major orchestras, including The Cleveland Orchestra (of which he was formerly Principal Guest Conductor) and Deutsches Symphonie-Orchester Berlin (Chief Conductor and Music Director 1988–96), as well as making guest appearances with many other major orchestras around the world.
Featuring an extensive repertoire that ranges from Bach to Bartók, Vladimir Ashkenazy’s Decca discography comprises a vast number of recordings, many of which have been crowned with prizes. He received Grammy® awards among others for Beethoven’s Piano Concertos with the Chicago Symphony Orchestra under Sir Georg Solti (1973), for Beethoven’s Sonatas for Violin and Piano with Itzhak Perlman (1978), a Ravel programme of solo works (1985) and Shostakovich’s Preludes and Fugues (1999).
To mark his 70th birthday in 2007, Decca issued a number of CDs and DVDs – both newly recorded and reissued from Ashkenazy’s enormous Decca discography – which embrace his work as one of the most acclaimed pianists of his generation as well as over 25 years as a conductor. A programme of music for two pianos by Debussy and Ravel, recorded with his son Vovka Ashkenazy, was released in 2009; 2010 saw the release of Bach’s Six Partitas, which Vladimir Ashkenazy has recorded for the first time. A disc featuring Rachmaninov’s Piano Sonata No. 1 and his Variations on a Theme of Chopin was issued in 2011, followed by another acclaimed piano duo recording – this one of Russian works – with Vovka Ashkenazy. A disc of lesser-known Rachmaninov solo works appeared in February 2013, with August bringing a new recording of Rachmaninov piano trios with violinist Zsolt-Tihamér Visontay and cellist Mats Lidström. Further releases in 2013, marking Ashkenazy’s 50th anniversary as an exclusive Decca artist, include a 50-CD “original jacket collection” of his key recordings as pianist and conductor, a 2-CD selection entitled “The Art of Ashkenazy” and digital-only anthologies of Chopin and favourite encores.
2014 will see the release of the album “Walking in the Air”, in which Vladimir Ashkenazy (joined by Vovka Ashkenazy for two-piano works) plays music by his longtime friend Howard Blake – including pieces dedicated to the pianist – as well as an 11-CD set containing Rachmaninov’s complete works for piano.
Ashkenazy has also been involved in several television projects, such as Music After Mao, filmed in Shanghai in 1979, and Ashkenazy in Moscow – a series of programmes marking his first visit in 1989 to the country of his birth since leaving the USSR in the 1960s. He has developed educational programmes with NHK TV including the 1999 Superteachers, in which he works with inner-city London school children, and in 2003–4 a documentary based around his Prokofiev and Shostakovich under Stalin project. (Source: Universal Music Group/ DECCA, 12/2013)