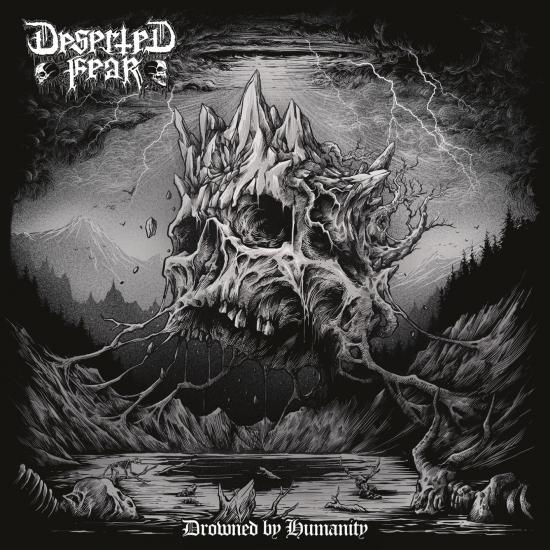 Info for Drowned By Humanity

Deserted Fear are arguably Death Metal's youngest hope. The massive success of their first album "My Empire" put an enormous pressure on the kids they used to be. Not only that but their last work "Dead Shores Rising" climbed into the Top 50 of Germany's album charts. With "Drowned By Humanity", Deserted Fear establish a forceful contrast to their gigantic groove grenades. This newly found variety is not only bigger than ever, it is striking and captivating. This time no less than the Swedish producer Henrik Udd took them by the hand who stands out for inventing the Swedish Death Metal soundm finds them on a par with bands like In Flames, At The Gates, Soilwork and Arch Enemy. "Drowned By Humanity" is such a bloodcurdling refreshment and will proof Deserted Fear's exceptional status in Death Metal.
Deserted Fear 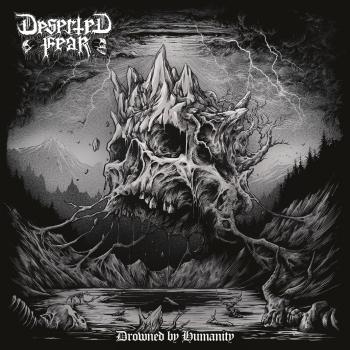 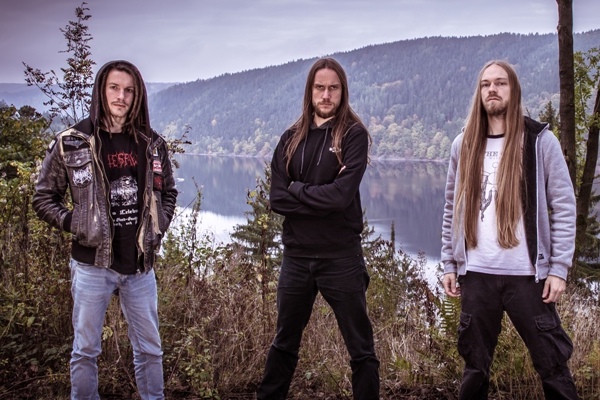 Deserted Fear
Back in 2012, a trio of young decendants out of Eisenberg (fondly called “Iron Hill”) were ready to bow to their ancestors of the death metal old school, whilst letting them know the meaning of innovation. Having shaken the dust out of conventional sound scapes, in a shower of groove grenades came the ferocious death metal hymns that bred their debut album “My Empire”.
DESERTED FEAR had arrived. The response was overwhelming. The metal media spoke of ‘riff massacres’, instantly seeing that Deserted Fear would ‘catapult themselves to the top of the death metal scene’. Comparisons to bands like Death, Asphyx, Bolt Thrower, Dismember and Obituary, heavy praise indeed. Meantime, they headlined countless shows, touring also with Morbid Angel & Morgoth and played the biggest metal festivals in Germany like Party.San, Full Force and Summer Breeze Open Air. The band’s second, no less destructive record, “Kingdom Of Worms” was another bloodcurdling journey through rousing chaotic melodies, superior blast thrills and gnarly, growlingly massive hooklines. But now that the party is over; let the parade begin!
On “Dead Shores Rising”, Deserted Fear play all the aces. The artwork illustrates their heroic skeletal talisman, standing at the bottom of a battlefield. Thoughtfully he looks out on the waves of the ocean, as at his back, a fortress fire rages. In search of wisdom, he’s on his way to conquer new frontiers. And for Deserted Fear, there could be no better metaphor. To flee paralleled monotony, Manuel Glatter (guitar, vocals) and Fabian Hildebrandt (guitar) left their hometown of Eisenberg to relocate to Jena. Situated at the edge of Thuringia’s rangy forests and lonely graveyards, they moved in next-door to one another. Unimpressed by the outerworld they threaded wires through the walls and built a new home studio. Equally, to pastueres new, “Dead Shores Rising” so headed.Little wonder its lyrics epicenter on wanderlust. And where heavyduty solo guitars rain down on the insane pounding of Simon Mengs’ drumming, pulsing death metal forces uniquely fuse with epic vocal fanfares. Once again, it’s all cultured by mixing and mastering guru, Dan Swanö (Edge of Sanity). “Now we know what we want”, pauses Fabian Hildebrandt a moment. “We learned to play what we ever wanted to play yet more and were more self-critical while writing.” Fear not though, Deserted Fear stay sheltered in the deadlocked structures of death metal. But it’s out of self-reflection and not corny bloodthirstiness that they won’t compromise. To bear the downsides of life and find motivation in it, with the enthralling power of melodic guitars they so ornament their cell.
“Collectively and together, that’s all about it”, recognizes Simon Mengs. “One can achieve more with something positive rather than a mood that’s default negative.”
Speaking of signing with Century Media, the ideal label for such artistic freedom, Manuel Glatter honours his heroes.
“Bands like Grave and Asphyx are constantly on a very high level. They’ve managed to stay true to themselves while being with Century Media. Nobody forced them to be different.”
True, Deserted Fear love to be independent. And by their do-it-yourself-attitude, they stand. To them, a band should not be a job.
Artistic freedom is the benchmark of what they do. “With Deserted Fear we never want to experience a situation where we’re under financial pressure,” Glatter concludes. “We’re lucky to have loyal employers that fully understand ourpassion to tour.”
Like their talisman on the dead shore, Deserted Fear eye Europe and the world. Be warned then, their sails are set.