Are You Lonely for Me? (Remastered) Freddie Scott 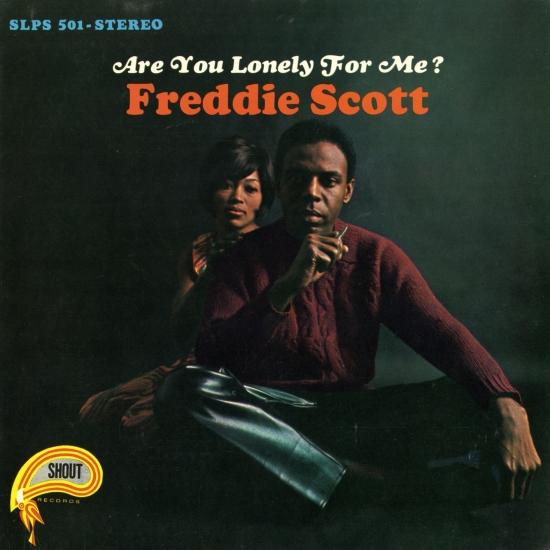 Info for Are You Lonely for Me? (Remastered)

This is a masterpiece of Deep Soul: Deep soul belter Freddie Scott, is best remembered for his 1966 R&B chart-topper “Are You Lonely for Me,”. In 1961, he also resumed his recording career, cutting “Baby, You’re a Long Time Dead” for the Joy label. In 1962, fellow Aldon songwriters Gerry Goffin and Carole King approached him for assistance with “Hey Girl,” a new tune they hoped to pitch to soul singer Chuck Jackson. When Jackson proved unable to make the scheduled recording session, Scott cut the vocal instead, and when Colpix Records finally issued the ballad a year later, he entered the Top Ten on both the pop and R&B charts. A slow-burning rendition of Ray Charles’ R&B classic “I Got a Woman” followed, affirming Scott as a deep soul singer of uncommon depth.
In 1965, he even released Everything I Have Is Yours, a cabaret-inspired LP comprised largely of hit movie themes. The makeover fell flat, and Scott returned to a more traditional soul dynamic with the excellent Lonely Man. Record sales were virtually nonexistent, however, and after two last-gasp Columbia singles — including the poignant ballad “Don’t Let It End This Way” — the label let him go. Scott resurfaced in 1966 at Shout Records, the fledgling soul label founded by producer/songwriter Bert Berns — together they co-wrote “Are You Lonely for Me,” a simmering, bluesy knockout that reportedly required over 100 vocal takes prior to completion. Scott’s Herculean effort was rewarded with a record that topped the R&B charts for four weeks while rising to number 39 on the pop charts. The 1967 follow-up, “Cry to Me,” proved a commercial disappointment, but Scott’s impassioned, tender performance represents his creative apex. He returned to the R&B Top Ten with the funky “Am I Grooving You?,” and while “Just Like a Flower” missed the charts entirely, 1968’s “(You) Got What I Need” earned a spot in the R&B Top 40 as well as an eccentric cover by rapper Biz Markie some 20 years later.
But after Berns died, his wife proved unable to keep Shout Records afloat, and following one last Shout single, “No One Could Ever Love You,” Scott left the label, spending the next two years without a record deal. He finally landed with the short-lived Elephant V, issuing “Sugar on Sunday” in 1970. After cutting a follow-up, “I’ll Be Leaving Her Tomorrow,” he again packed his bags, moving to ABC’s Probe imprint for I Shall Be Released, scoring his final R&B Top 40 entry with the title cut, a powerful rendition of the Bob Dylan perennial.
When Probe folded, Scott was again seeking a place to record, signing to Vanguard for the one-off 1971 single “I Guess God Wants It That Way.” Pickwick International released 1972’s “The Great If,” and two years later Scott resurfaced on Mainstream with the ballad “You Are So Hard to Forget,” which proved his final single. By now he made his living primarily through writing advertising jingles with longtime composing partner Miller, and also turned to acting, appearing in the films Stiletto and No Way Out.
Produced by Bert Berns
Digitally remastered 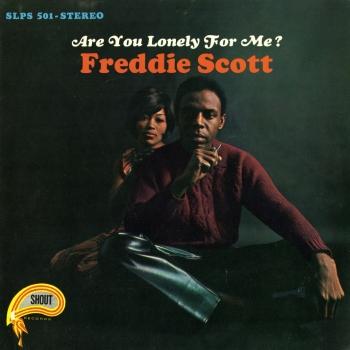 Are You Lonely for Me? (Remastered)

Freddie Scott
According to soul aficionados, Bert Berns’ Freddie Scott LP “Are You Lonely For Me” is one of the greatest albums released during the golden age of soul. Brought to Berns’ Shout Records label by close friend and artist manager Carmine “Wassel” DeNoia, Berns took Freddie Scott into the studio and made some of the best work of their lives. The title track “Are You Lonely For Me Baby” went straight to number one on the R&B charts for four weeks, and Freddie Scott was voted Number One Newcomer in Cashbox Magazine. Only the death of Bert Berns prevented the world from truly knowing and appreciating the “distinctive, powerful and extremely soulful tenor” of the great Freddie Scott.
Born in Providence, Rhode Island in 1933, Freddie Scott began singing with his grandmother’s Gospel Keyes at age eleven. In the late 1950s, Freddie moved to New York City, where he worked as a songwriter for Aldon Music and a demo singer for a variety of songwriters and producers. But it was his hit single “Hey Girl” on Columbia Records in 1963 that put Freddie on the map. Unable to recreate that success with a follow-up hit, Freddie’s manager Wassel convinced Columbia to release his artist (under threat of pain), and brought him over to Berns’ newly established Shout Records.
FreddieScottGratefulWith the overwhelming success of Bert Berns’ Bang Records and it’s ever growing roster of pop artists, Bert created Shout Records as an outlet for his greatest passion – R&B and soul music. The nine Freddie Scott singles recorded by Bert in 1966 are best evidence of this passion, from the hit “Are You Lonely For Me Baby” (recorded over 100 vocal takes) to the relatively unknown “No One Could Ever Love You.” And Freddie’s impassioned take on Bert’s epic “Cry To Me” is perhaps the best version of the song ever recorded. Listen closely and you can hear the sound of Freddie’s tears falling.
“One of the milestones in the history of real soul music… this album is like being in a deep soul heaven.” That’s how the experts describe the work of Bert Berns and Freddie Scott. And like so many other of the artists associated with the life of Bert Berns, Freddie Scott’s star eclipsed with the death of the songwriter and producer responsible for his most inspiring work. The great Freddie Scott passed in 2007.