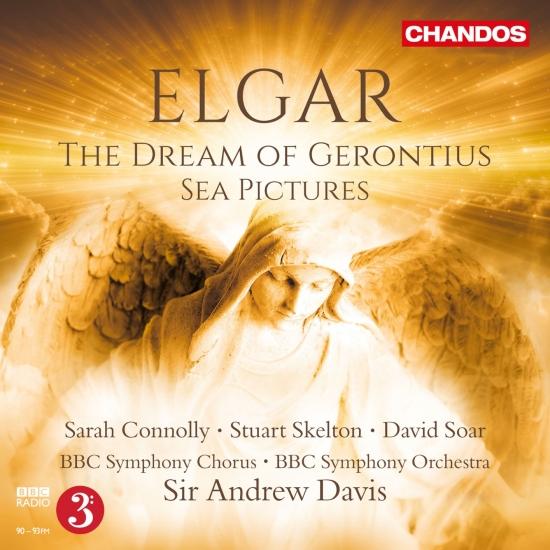 Info for Elgar: The Dream of Gerontius & Sea Pictures

Chandos Records is delighted to present this new recording of Elgar’s choral masterpiece The Dream of Gerontius and the enduringly popular song cycle Sea Pictures. The BBC Symphony Orchestra and Chorus are conducted by Sir Andrew Davis, a peerless Elgarian who this year was awarded the prestigious Elgar Society Medal in recognition of his outstanding contribution to the composer’s music. In Gerontius the soloists are Stuart Skelton, David Soar, and Sarah Connolly who also sings Sea Pictures. This recording was made in the days leading up to their triumphant live performance of Gerontius in April this year, after which The Guardian praised Skelton as ‘the ideal tenor for the role of Gerontius’, Soar as ‘an implacable, dark-sounding Priest’, and Connolly as ‘a consummately polished Angel’.
The Dream of Gerontius was commissioned in 1900 for that year’s Birmingham Festival. The score was produced in a hurry but Elgar had long before known the text which the work sets, Cardinal Newman’s religious poem that powerfully recounts the final dream of a dying believer and the journey of his soul through death to Purgatory. At the disastrous premiere the performers struggled with Elgar’s score but this did nothing to stop the immediate popularity of the work. It is recognised today by many as the greatest choral work by an English composer.
Written not long before Gerontius, the song cycle Sea Pictures sets a collection of poetry by different authors, all on a single, loosely related theme. Inspired by Elgar’s love of nature, the songs explore the emotional resonances of the sea, from serene still waters to a mighty ocean storm.
"among the best Gerontius performances on record. Davis resists the temptation to make the work sound like a flabby, imitation Parsifal and the results are outstandingly convincing...[Skelton] has the heft and stamina for Gerontius's most dramatic moments. He's too intelligent a singer, however, to belt them out operatically...This Gerontius is a wonderful achievement." (BBC Music Magazine)
"Sarah Connolly’s understanding and delivery of the text is exemplary, her voice firm, consoling and assured – she is quite the equal of Janet Baker...Stuart Skelton is an exceptional Gerontius, vocally and dramatically: no phrase is ever sung without meaning and one senses a hinterland to his performance." (Choir & Organ)
"[Davis's] patient and scrupulously observant conception of the whole work evinces a selfless authority, wisdom and instinctive ebb and flow...Skelton's stamina, dramatic range and ringing, Vickers-like tone are a tremendous asset...Soar, too, sings with lofty projection and unstinting eloquence...Arguably best of all, though, is Sarah Connolly, who brings a deeply affecting radiance, sense of wonder and intelligence to everything" (Gramophone Magazine)
"Connolly’s Sea Pictures is very good...the Andrew Davis Gerontius is a reading to cherish. He shapes Elgar’s masterwork with wonderful sensitivity, revelling in the work’s ethereal nods to the hereafter, but grounding the first part in the pain and uncertainty of the death-bed...Skelton is a fantastic Gerontius. He tones down the Heldentenor elements of the voice to stress role's vulnerability." (MusicWeb International)
Stuart Skelton, tenor
Sarah Connolly, mezzo-soprano
David Soar, bass
BBC Symphony Chorus
BBC Symphony Orchestra
Sir Andrew Davis, conductor 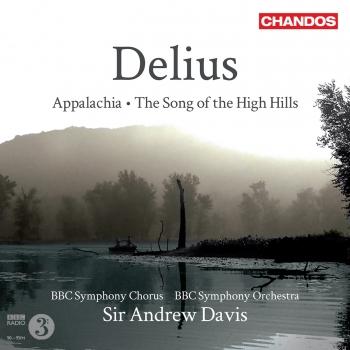 Delius: Appalachia & The Song of the High Hills 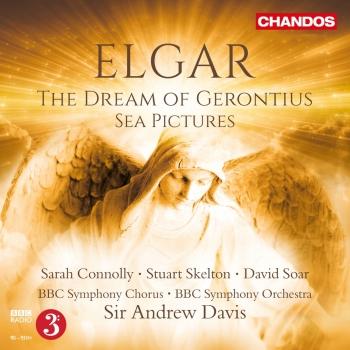 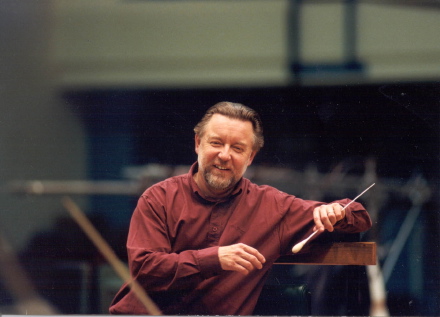 Sir Andrew Davis
Maestro Davis is conductor laureate of the Toronto Symphony Orchestra (having previously served as principal conductor), conductor laureate of the BBC Symphony Orchestra (having previously had the longest tenure as chief conductor since BBCSO founder Sir Adrian Boult) and former music director of Glyndebourne Festival Opera. Sir Andrew serves as artistic advisor to the Besançon International Music Festival and is president of the jury for that festival’s 52nd International Competition for Young Conductors.
In the 2011-2012 season Maestro Davis conducts Boris Godunov, Ariadne auf Naxos, and The Magic Flute at Lyric Opera of Chicago. His engagements elsewhere in 2011-12 include the Besançon Festival, Melbourne Symphony Orchestra, Toronto Symphony Orchestra, Royal Scottish National Orchestra, Rotterdam Philharmonic, London’s Philharmonia Orchestra,the Bamberg Symphony Orchestra, the Metropolitan Opera (Don Giovanni), BBC Symphony Orchestra, The Santa Fe Opera, Canadian Opera Company (Eine florentinische Tragödie and Gianni Schicchi), Santa Fe Opera (Arabella), the Bergen Festival (La damnation de Faust), and the opening of the Edinburgh Festival. In addition, Sir Andrew will spend several weeks recording for Chandos Records with various orchestras.
In the 2010-11 season Sir Andrew conducted The Mikado (new production), The Girl of the Golden West, and Lohengrin at Lyric Opera of Chicago. He was seen on the podium with the Chicago Symphony Orchestra, the Cleveland Symphony Orchestra, and the Montreal Symphony Orchestra. Sir Andrew also returned to the BBC Symphony Orchestra at the Proms in London and to the Toronto Symphony Orchestra, where he led performances of his own new orchestration of Handel’s Messiah. Maestro Davis made return appearances with the Metropolitan Opera (Capriccio), the Canadian Opera Company (Ariadne auf Naxos), the Royal Opera House, Covent Garden (Peter Grimes), and Glyndebourne Festival Opera (Rusalka).
With the BBC Symphony Orchestra, Maestro Davis has led concerts at the Proms and on tour to Hong Kong, Japan, the U.S., and Europe. He has conducted all of the world’s major orchestras, from the Chicago Symphony Orchestra to the Berlin Philharmonic and the Royal Concertgebouw, as well as at opera houses and festivals throughout the world, including the Metropolitan Opera, La Scala, and the Bayreuth Festival.
Maestro Davis has a massive discography on the Chandos, Decca, Deutsche Grammophon, Warner Classics International, Capriccio, EMI, and CBS labels, among others. Sir Andrew currently records exclusively for Chandos Records. His first Chandos recording, Elgar’s “Crown of India,” was released in 2010. His recordings of Holst’s “Beni Mora,” “Japanese Suite,” and “The Planets,” and of York Bowen’s Symphonies No. 1 and 2 with the BBC Philharmonic; and of Delius’s “Appalachia” and “Song of the High Hills” with the BBC Symphony Orchestra, were issued in the first half of 2011.
In 2008, Sir Andrew released Elgar’s Violin Concertos, featuring violinist James Ehnes and London’s Philharmonia Orchestra (Onyx Classics), which won Gramophone’s coveted “Best of Category – Concerto” Award. Recordings in 2007 included Beethoven’s Violin Concerto with violinist Min-Jyn Kim and the Philharmonia Orchestra (Sony); a solo recital of operatic favorites sung by soprano Nicole Cabell with the London Philharmonic Orchestra (Decca), which in 2008 won the Solti Prize from the French Académie du Disque Lyrique; and Liszt’s Piano Concerto No. 1 and Chopin’s Piano Concerto No. 1 with pianist Yundi Li and the Philharmonia Orchestra (Deutsche Grammophon).
In 1992, Maestro Davis was created a Commander of the British Empire for his services to British music, and in 1999 he was made a Knight Bachelor in the New Year Honours List. In 1991, he received the Royal Philharmonic Society/Charles Heidsieck Music Award.
Born in 1944 in Hertfordshire, England, Maestro Davis studied at King’s College, Cambridge, where he was an organ scholar before taking up the baton. His diverse repertoire ranges from Baroque to contemporary, and his vast conducting credits span the symphonic and operatic and choral worlds. Sir Andrew is a great proponent of twentieth-century works including those by Janácek, Messiaen, Boulez, Elgar, Tippett, and Britten, in addition to the core symphonic and operatic composers’ works.
Maestro Davis and his wife, soprano Gianna Rolandi, reside in Chicago where she is the director of The Patrick G. and Shirley W. Ryan Opera Center at Lyric Opera of Chicago.

Booklet for Elgar: The Dream of Gerontius & Sea Pictures