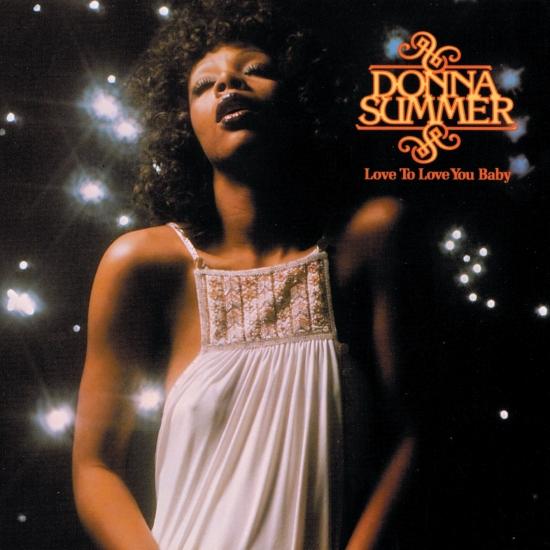 Info for Love To Love You Baby (Remastered)

Ground breaking music! One of the first great moments of the Munich disco scene of the 70s – an electric batch of soul served up in support of Donna Summer's landmark title hit! The set features the full 16 minute version of "Love To Love You Baby" – done as a monumental suite that dips, turns, slinks, and slides alongside Summer's sexy vocals beautifully. As with that track, Giorgio Moroder arranged the others on the set as well – along with tunes in more of a straightforward soul approach for the time. In retrospect, that was a totally brilliant approach – trailblazing on one hand, and saleable to the mainstream on the other! Other titles include "Need A Man Blues", "Full Of Emptiness", "Whispering Waves" and "Pandora's Box".
Love to Love You Baby was the first studio album by singer, songwriter and disco trailblazer Donna Summer to be released in the United States. "Love to Love You Baby" was Summer's first single and first hit in America, reaching #2 on the Billboard Hot 100 singles chart in early 1976. The album made the Top 20 in both the US and the UK. In the summer of 1974, Summer approached Giorgio Moroder and Pete Bellotte with an idea for a song. A re-issued 45 of 'Je 'Taime' by Jane Birkin and Serge Gainsbourg was back on the charts, prompting Summer to pen her own 'racy' song. She had come up with the lyric "love to love you, baby" as the possible title for the song. Moroder in particular was interested in developing the new disco sound that was becoming increasingly popular, and used Summer's idea to develop the song into an overtly sexual disco track. The original three minute single was released several times before it had any success - and later edited versions of the re-recorded much longer track were the versions which became a major international hit. The rest is history.
Donna Summer, vocals
Pete Bellotte, guitars
Molly Moll, guitars
Nick Woodland, guitars
Michael Thatcher, keyboards
Giorgio Moroder, keyboards, percussion
Dave King, bass
Martin Harrison, drums
Bernie Brocks, percussion
Franz Deuber, string session
Lucy, backing vocals
Betsy, backing vocals
Gitta, backing vocals
Digitally remastered