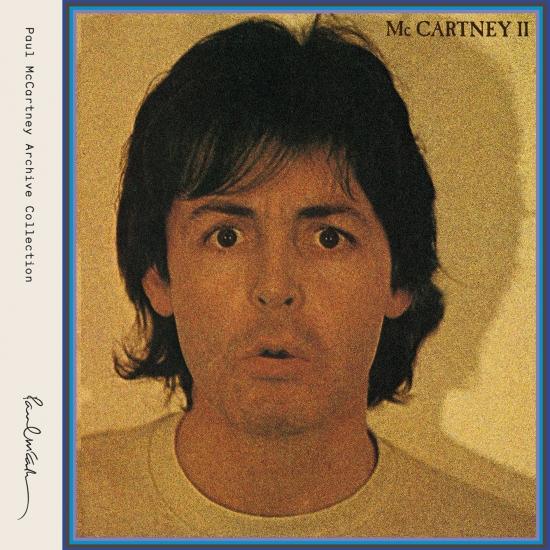 McCartney II was originally issued in May of 1980 and was McCartney’s return to solo work after nine years touring and having released several massively successful albums with Wings. Reaching #1 in the UK, and #3 in the US., and the album produced enduring classics such as “Coming Up”, “Waterfalls”, and “Temporary Secretary”. Part of the Paul McCartney archive collection, McCartney II is available in multiple configurations featuring remastered, rare and unreleased audio & video content with special exclusive packaging. Paul McCartney personally supervised all aspects of the reissues. The remastering work was done at Abbey Road using the same team who recently remastered the complete Beatles’ catalogue.
McCartney II was Paul’s first solo album since the formation of Wings in 1971. While its highly electronic style was certainly innovative, its cosily domestic origins were reminiscent of 1970’s McCartney album. (Aptly, the two were reissued at the same time in 2011, as part of the remastered Paul McCartney Archive Collection, with extra audio and video material.) As Paul said at the time, “I made a couple of albums, the normal way you make albums, and I felt like doing it the homemade way again because I quite like recording like that – where I play all the instruments. It’s almost like a hobby to do it that way.” Recorded in the summer of 1979, when the future of Wings remained uncertain, the album was conceived at home on Paul's farm in Scotland. The first song recorded for the project was ‘Check My Machine’ (eventually included as a B-side on the ‘Waterfalls’ single), inspired by Paul’s experiments with his new equipment. Work on the album was interrupted to make way for what turned out to be Wings’ last tour, but it was finally released in May 1980.
''Waterfalls' is a beautifully sparse, surreal song that sees McCartney putting in the strongest vocal performance of the album...' (Record Collector)
Paul McCartney, all instruments, vocals
Linda McCartney, vocals
Produced & engineered by Paul McCartney
Digitally remastered