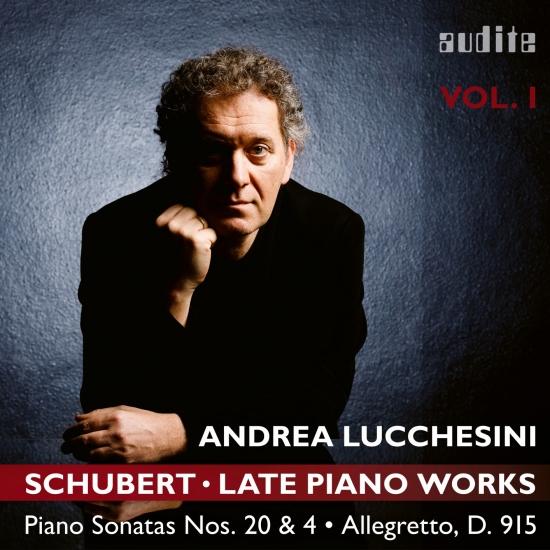 "Recent great love": Schubert’s late piano works with Andrea Lucchesini.
Andrea Lucchesini has called Franz Schubert’s late piano works his "recent great love". Now he acts out this love in three Albums for audite – masterful performances by the renowned Italian pianist whose interpretations are informed by his expertise in Beethoven as well as musical modernism.
Italy tends not to be considered as a cradle of pianism in the same way as are Russia, Austria or, more recently, China. Since 1945 only a small number of Italian pianists have reached top international standards – they include Arturo Benedetti Michelangeli and his pupil Maurizio Pollini, or Maria Tipo and her pupil Andrea Lucchesini who was born in 1965 in Tuscany and caused a sensation at an early age. Even then, he mastered the great repertoire. But because, for Lucchesini, music knows no limits, he has always promoted the revolutionaries around Arnold Schoenberg as well as his compatriot Luciano Berio. And studying musical modernism has, naturally, informed Lucchesini’s approach to his favourite composers of the past, Ludwig van Beethoven and Franz Schubert.
audite have now managed to win over the Florentine master pianist for a three-part recording series dedicated to his impressive interpretations of late Schubert works. The series opens with two sonatas that are closely linked to one another, alongside the atmospheric Allegretto in C minor, D915 of 1827. The Sonata in A minor, D537, written when Schubert was twenty years old, features a dance-like melody to which he would return eleven years later when he worked on his mature Sonata in A major, D959. The reworking of the theme highlights the distance between Schubert’s middle and late creative periods. What is initially a rousing, though slightly traditional tune, later appears embedded in a richer harmonic framework, but also in a more virtuosic form, at times almost transfigured.
It is this compositional and emotional range in Schubert’s music that is especially fascinating to Andrea Lucchesini. “One recognises the difference between the artist who entertained his friends at social gatherings, and the composer working in solitude – without any prospect of publishing or performing his works, completely confined to his internal world where he felt many precipices. One has to take a plunge into his emotional labyrinth, not only to become intoxicated with his fabulous themes, but also to recognise their infinite variations that take one’s breath away. This is how the work of a performer became a complete immersion for me.”
Vol. II, featuring Piano Sonata No 21 and Drei Klavierstücke, D. 946, will be released in spring 2020. Vol. III, presenting Piano Sonata No 18 & Sonata No 19, is scheduled for release in autumn 2020 and will complete the recording series of Schubert’s late piano works.
Andrea Lucchesini, piano 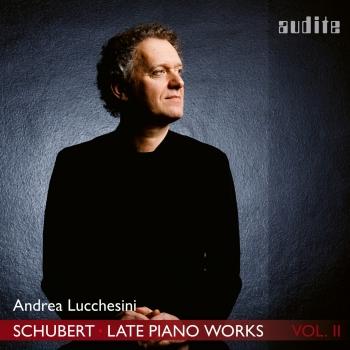 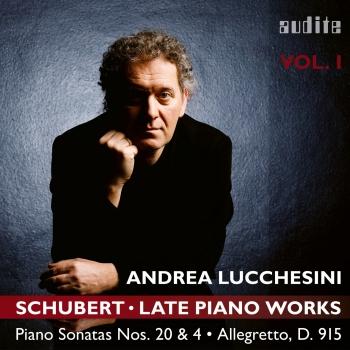 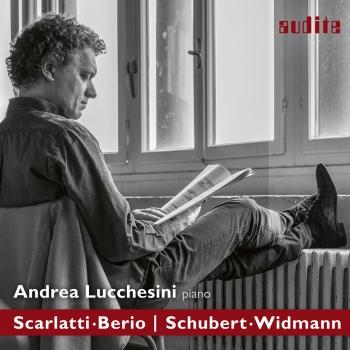 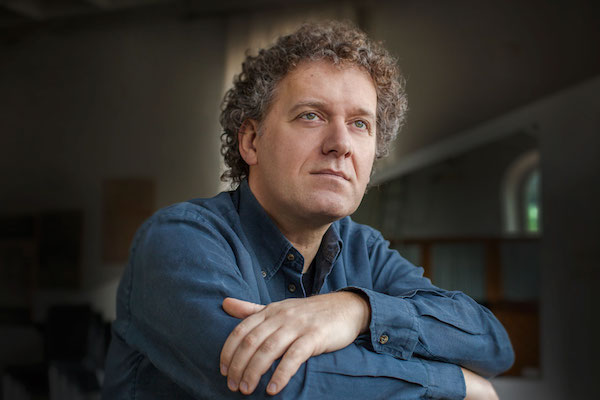 Andrea Lucchesini
Born in 1965, Andrea Lucchesini studied piano with Maria Tipo and graduated in 1982. In 1983 he became the first Italian prize winner of the Dino Ciani International Piano Competition, which launched him on a brilliant international career. Since then he has performed with major orchestras under famous conductor, among which Claudio Abbado, Semyon Bychkov, Roberto Abbado Riccardo Chailly, Dennis Russell Davies, Charles Dutoit, Daniele Gatti, Gianluigi Gelmetti, Daniel Harding and Giuseppe Sinopoli.
In 1994 a jury of international musicologists, having considered the results achieved so far in his career, awarded Lucchesini the prestigious Accademia Chigiana Prize and, in 1995, the Critics Prize F. Abbiati.
In July 2001 Andrea Lucchesini premièred the new Piano Sonata by Luciano Berio at the Zurich Festival, continuing the close relationship with the composer established when Andrea Lucchesini performed Berio’s Piano Concerto Echoing Curves all over the world, later recorded for BMG with the London Symphony Orchestra. Lucchesini’s interest for the XX century repertoire is demonstrated, besides his choice of programs, also by his registration of Schönberg Pierrot Lunaire and Berg Kammerkonzert with the Dresden Staatskapelle and Giuseppe Sinopoli for Teldec.
Deeply committed to chamber music as well, Andrea Lucchesini participates in the Lockenhaus and Moritzburg Chamber Music Festivals and from September 2005 he is the Artistic Director of the Chamber Music Festival in Florence.
In the season 2005-2006 we remind in particular the concerts with the London Philharmonic and Wladimir Yurowski, with the Galicia Orchestra and Carlo Rizzi, with Italian Radio National Orchestra and Yutaka Sado and with the BBC Orchestra in Manchester.