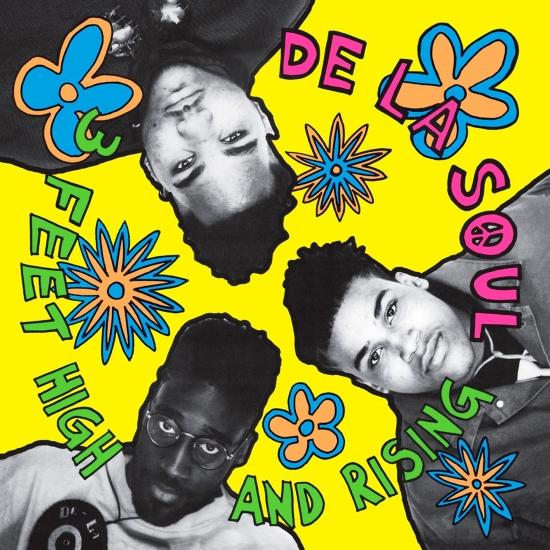 Remastered: Double album of the Rap trio's genre-defining 1989 debut album includes a bonus disc containing 14 rare B-sides and remixes: 'Freedom Of Speech (We Got Three Minutes'), 'Strickly Dan Stuckie', 'Jenifa (Taught Me)' (Twelve Inch Version), 'Skip To My Loop', 'Potholes In My Lawn' (Twelve Inch Version), 'Me Myself & I' (Oblapos Mode Version), 'Ain't Hip To Be Labelled A Hippie', 'What's More', 'Brain Washed Follower', 'Say No Go' (New Keys Version), 'Mad Daddy On The Left', 'Double Huey Skit', 'Ghetto Thang' (Ghetto Ximer Version) and 'Eye Know' (The Know It All Mix).
"An acknowledged classic, De La Soul's debut album now resides in something of a vacuum. A little like Captain Beefheart's Trout Mask Replica, this is a record of such startling originality that was paradoxically to lead the band eventually down a creative dead end. The 'D.A.I.S.Y. Age' message of positivity (shared by fellow travellers like A Tribe Called Quest), was originally put forward as an answer to the increasingly violent, misogynistic world of rap. But one look around today seems to confirm that their message, while both intelligent and deftly put, fell on a lot of deaf ears. But for a brief spell, it looked like Posdnuos (Kelvin Mercer), Trugoy the Dove (David Jude Jolicoeur), and Pasemaster Mase (Vincent Mason) had shown the direction that hip hop should take.
While the 'concept' of the gameshow around which the album hangs (with producer, Prince Paul weighing in as well) was always a little tedious, what lies in between is still sparklingly different. Paul's use of samples from sources not usually associated with the genre (Steely Dan? Hall And Oates? The album's title was taken from a JOHNNY CASH song!) may seem ordinary now (Kanye West is still trying to convince us he's being original by using 70s AOR - pah), but at the time it was groundbreaking. Ironically it was also what led to the legal minefield that such snippets provide for each new hip hop album as The Turtles sued for the use of You Showed Me on Transmitting Live From Mars.
And what of the subject matter? Here the issues addressed are hippie philosophy (Tread Water), first love (Jenifa Taught Me (Derwin's Revenge)), drug abuse (Say No Go), body odour (A Little Bit Of Soap), and, amazingly for a rap record, self-doubt (Can U Keep A Secret). It was all delivered in that self-deprecating style with oodles of humour. And while the 'hippie' tag bothered the band for years, it was a palatable blend that could have taken rap beyond material gain and gang beefs. If only... (Chris Jones, BBC)
De La Soul
Digitally remastered 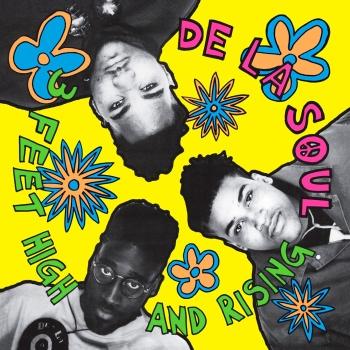