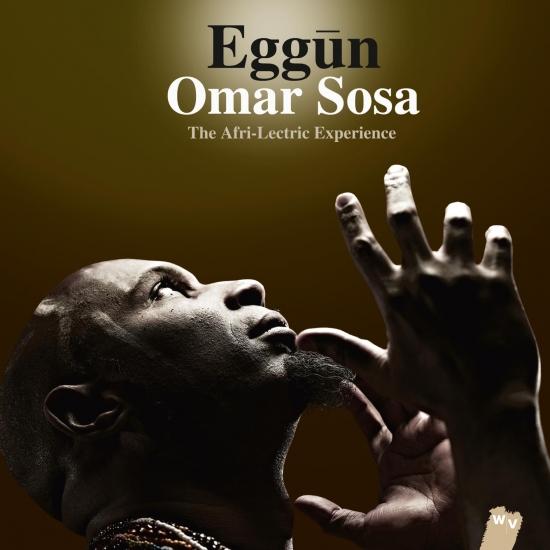 Eggun is an album of its time, but whose strength comes from the past, and whose foundations are rooted in an ancestral spirituality. In this tribute to Kind Of Blue, Omar Sosa, one of the most innovative jazz globalists, transcends the influence of Miles Davis thanks to his style threaded with improvisations and Afro-Caribbean rhythms. The result is a unique voyage that escapes time.
The Omar Sosa Afri-Lectric Experience began as a commission from the Barcelona Jazz Festival in 2009. The assignment: to compose and produce a tribute performance to Miles Davis’ classic “Kind Of Blue” recording on the occasion of its 50th anniversary. Guided by various musical elements and motifs from “Kind Of Blue”, Omar wrote a suite of music featuring trumpet and two saxophones, incorporating African and Cuban melodies and rhythmic figures into a contemporary jazz vocabulary. At the heart of this new recording is the groove of Africa.
Following the success of the “Kind Of Blue” commission, Omar began to include the new arrangements into the repertoire of his regular touring ensemble, resulting in the creation of the The Afri-Lectric Experience. The featured horn players are Joo Kraus on trumpet (from Germany), Leandro Saint-Hill on saxophones and flute (from Cuba), and Peter Apfelbaum on saxophones and percussion (from U.S.A.). Omar’s longtime rhythm section of Marque Gilmore on drums (from U.S.A.) and Childo Tomas on electric bass (from Mozambique) hold down the foundation.
Special guests on the project include Lionel Loueke on guitars (from Benin), Marvin Sewell on guitars (from U.S.A.), Pedro Martinez on Afro-Cuban percussion (from Cuba), John Santos on percussion (from U.S.A.) and Gustavo Ovalles on Afro-Venezuelan percussion (from Venezuela). The CD was recorded primarily in Brooklyn, NY.
The Afri-Lectric material features the horn section, with strong bass and drums, mixed with various electronic elements. The group’s subtle use of audio effects and sampled sounds is evident throughout the compositions. The horn arrangements emphasize ensemble playing, alternatively masking and exposing their connections to the original “Kind Of Blue” material.
'In the West African spiritual practice of Ifá, the eggūn are the spirits of those who have gone before, both family members and spiritual guides. It’s only fitting that Cuban pianist Omar Sosa would title his latest recording Eggūn. The impetus for this album came in 2009, when Sosa received a commission from the Barcelona Jazz Festival to compose and produce a tribute to Miles Davis’ Kind Of Blue, which was celebrating its 50th anniversary that year. Despite the fact that these two musicians come from different countries, cultures and eras, and they play different instruments, Sosa shares a great deal with Davis—namely a love of modern music and tone. The album launches with the unmistakable strains of “All Blues” reimagined, reshaped and reformed into the groove of Sosa’s ultra-cool “Alejet.” But Eggūn is not a remake of Davis’ music. Instead, Sosa captures the feel and vibe of the original material with something that is complete and fascinating on its own. As such, Eggūn becomes more of a companion piece, extending the language and music of Kind Of Blue. To do so, Sosa employs a great international band with Joo Kraus on trumpet and flugelhorn, Leandro Saint-Hill on alto saxophone, clarinet and flute, Peter Apfelbaum on saxophones and percussion, Marque Gilmore on drums and Childo Tomas on electric bass. Then he sprinkles in some well-placed guests, such as Lionel Loueke and Marvin Sewell on guitar, as well as Pedro Martinez, John Santos and Gustavo Ovalles on percussion. This album is a feast of clave and percussion, as one might guess. Sosa takes just a hint of a Kind Of Blue tune, such as “Flamenco Sketches,” and launches it like a sailboat in a different direction, as he does on “Alternativo Sketches.” Eggūn floats and flutters and thrills as a loving, expansive tribute to the master. But like Miles, Sosa never imitates; he goes his own, sweet way.' (Frank Alkyer, Downbeat)
“Omar Sosa is an extraordinary musician embodying both the magical virtuosity of musicianship and its soulful roots all in one. Actually one could not exist without the other. In Mr. Sosa, they have taken such deep rootedness that his music is naturally of the Spirit and therefore an outpouring of the soul.” (Raul da Gama, Latin Jazz Network)
Omar Sosa, piano, Fender Rhodes, electronics, samples, vocals
Marque Gilmore, drums, EFX programming, drum loops
Childo Tomas, electric bass, kalimba, vocals
Joo Kraus, trumpet, flugelhorn, electronic EFX
Leandro Saint-Hill, alto saxophone, clarinet, flute
Peter Apfelbaum, saxophones, melodica, caxixi 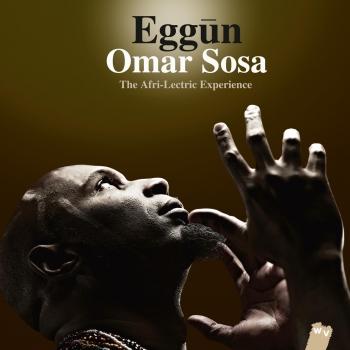 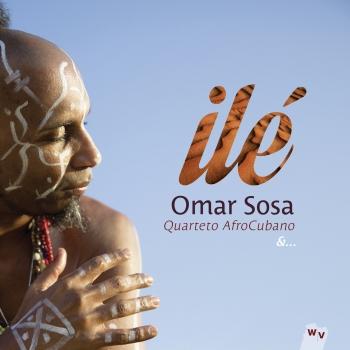 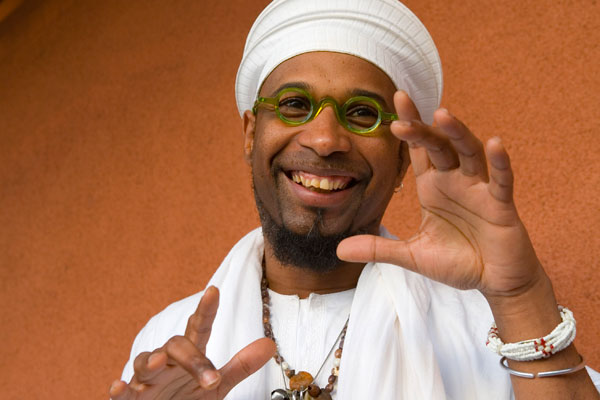 Omar Sosa
Composer-pianist-bandleader Omar Sosa was born in 1965 in Camagüey, Cuba's largest inland city. At age eight, Omar began studying percussion and marimba at the music conservatory in Camagüey; in Havana, as a teenager, he took up piano at the prestigious Escuela Nacional de Música, and completed his formal education at the Instituto Superior de Arte in Havana. Among his influences, Omar cites traditional Afro-Cuban music, European classical composers (including Chopin, Bartok, and Satie), Monk, Coltrane, Parker, Oscar Peterson, Herbie Hancock, Chick Corea, Keith Jarrett, Chucho Valdés, and the pioneering Cuban jazz group Irakere. Moving in 1993 to Ecuador, Omar immersed himself in the folkloric traditions of Esmeraldas, the northwest coast region whose African heritage includes the distinctive marimba tradition. He relocated to the San Francisco Bay Area in 1995, and soon invigorated the Latin jazz scene with his adventurous writing and percussive style.
Annually performing upwards of 100 concerts on six continents, Omar has appeared in venues as diverse as the Blue Note (New York, Milan, and Tokyo), Carnegie Hall's Zankel Hall, Boston's Museum of Fine Arts, Chicago's Museum of Contemporary Arts, the Philadelphia Museum of Art, the Detroit Institute of Arts, the Walker Art Center, the Getty Center, London's Barbican and Queen Elizabeth Hall, Glasgow's Royal Concert Hall, and Berlin's Haus der Kulturen der Welt; festivals including Monterey Jazz, JVC Jazz, Montreal Jazz, Marciac Jazz, North Sea Jazz, Helsinki, Grenoble Jazz, Montreux Jazz, Naples Jazz, Ravenna Jazz, Roma Jazz, Spoletto, WOMAD, and Cape Town International Jazz; and universities on several continents, including a visiting artist fellowship at Princeton University in March 2008, and a visiting artist residency at Dartmouth College in April 2008. Omar will return to Dartmouth College for a second artist residency in February 2011.
Mr. Sosa received a lifetime achievement award from the Smithsonian Associates in Washington, DC in 2003 for his contribution to the development of Latin jazz in the United States. He has received two nominations from the BBC Radio 3 World Music Awards, in 2004 and 2006, both in the 'Americas' category. In 2003 Omar Sosa received the Afro-Caribbean Jazz Album of the Year Award from the Jazz Journalists Association in NYC for his recording Sentir; and a nomination from the Jazz Journalists Association for Latin Jazz Album of the Year in 2005 for his recording Mulatos. More info at www.omarsosa.com