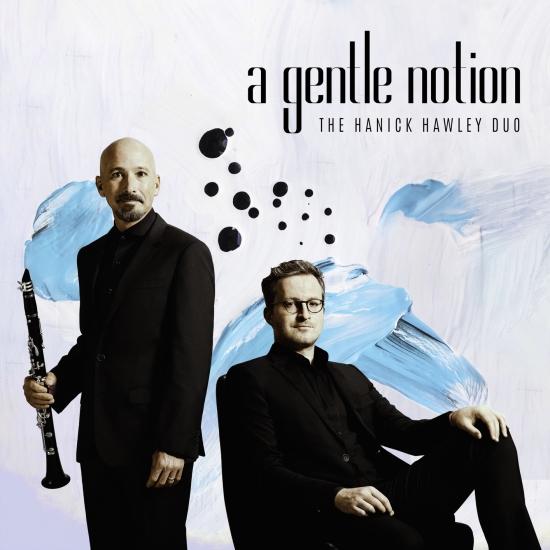 Info for A Gentle Notion

The duo's debut album A Gentle Notion, featuring newly commissioned works for clarinet and piano and new interpretation of mainstay masterpieces. The album's title track is a short work by Jennifer Higdon, heard here in a premiere recording. Where that work is inward and understated, Higdon's "Clarinet Sonata" is extroverted and exuberant, its proportions almost symphonic in scale. Two other sonatas balance the album: Aaron Copland's iconic midcentury masterwork, and the world premiere recording of American composer Pierre Jalbert "Sonata for clarinet and piano", commissioned for the Hanick Hawley Duo by the Music Academy of the West in 2015. The album's centerpiece is Joan Tower's tour de force for solo clarinet, "Wings".
A Gentle Notion was produced by Hawley and Il Pirata Records. By eschewing traditional classical music production methods and in their place applying innovative recording and mixing techniques, Hawley and Il Pirata place the listener directly alongside the musicians on stage. While many recordings offer a panned-out listening experience, flattening the rich sonic detail of close listening, A Gentle Notion offers the resonance, texture, and multi-dimensionality of an onstage experience.
Conor Hanick, piano
Richie Hawley, clarinet 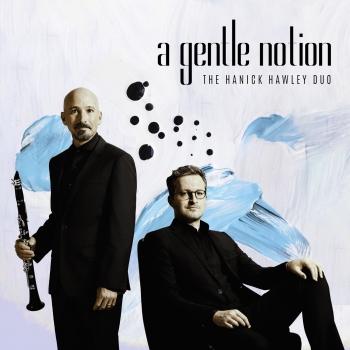 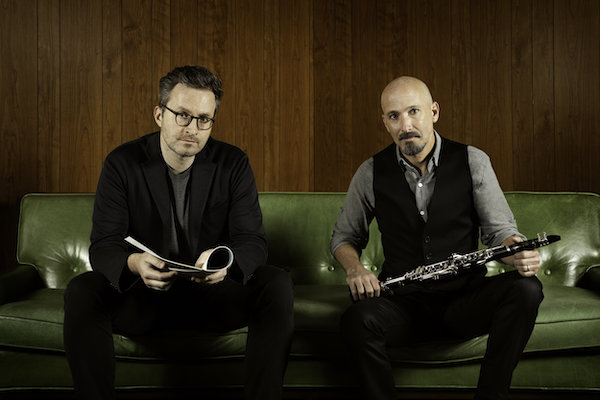 Conor Hanick
is a pianist that “defies human description” for some (Concerto Net) and recalls “a young Peter Serkin” for others (The New York Times).
He has performed to acclaim throughout the world with some of the leading ensembles, instrumentalists, and conductors, and worked with composers as diverse as Charles Wuorinen and Caroline Shaw.
Hanick recently appeared with The Juilliard Orchestra in Milton Babbitt's Second Piano Concerto at Alice Tully Hall; the Alabama Symphony Orchestra in the premiere of Matthew Aucoin's Piano Concerto; and Alan Gilbert in György Ligeti's Piano Concerto for the New York Philharmonic Biennial.
This season he performs concertos, recitals, and chamber music in New York, Boston, Sarasota, San Francisco, Portland, Albuquerque, Seattle, Chicago and elsewhere; collaborates with cellist Jay Campbell, violinist Augustin Hadelich, and the Seattle Symphony Orchestra and conductor Ludovic Morlot; and, with the American Modern Opera Company (AMOC), performs at the Metropolitan Museum of Art, National Sawdust, and the American Repertory Theater. A recent finalist for the Andrew Wolf Chamber Music Award, Mr. Hanick is a graduate of Northwestern University and The Juilliard School.
Richie Hawley
Appointed principal clarinet of the Cincinnati Symphony Orchestra in 1994, Richie Hawley left that position in 2011 to become the Professor of Clarinet at Rice University's Shepherd School of Music. Mr. Hawley appears on stages around the world regularly as a soloist, chamber musician and recitalist. Highlights of this year’s season include solo performances with the Orquesta Sinfónica Nacional of Mexico featuring Georgina Derbez’s Concerto for Clarinet and Orchestra which was written for Mr. Hawley.
During the summer Mr Hawley is in residence as the clarinet teaching and performing artist for 8 weeks at the Music Academy of the West in Santa Barbara, one of the premiere summer festivals for exceptionally talented musicians. Mr. Hawley made his debut at the Marlboro Music Festival in 1999 and toured with the legendary Musicians from Marlboro for the 50th anniversary performance at Carnegie Hall.
His numerous awards include first prize at the Coleman Chamber Ensemble Competition and the Presidential Scholar in the Arts Gold Medal awarded by President Ronald Regan. Mr. Hawley began his clarinet studies at age nine, made his orchestral solo debut at age 13 with the Los Angeles Philharmonic, and at 14 performed with the New York Philharmonic. While a student at the Curtis Institute of Music, Mr. Hawley appeared as a soloist with the Philadelphia Orchestra.

Booklet for A Gentle Notion