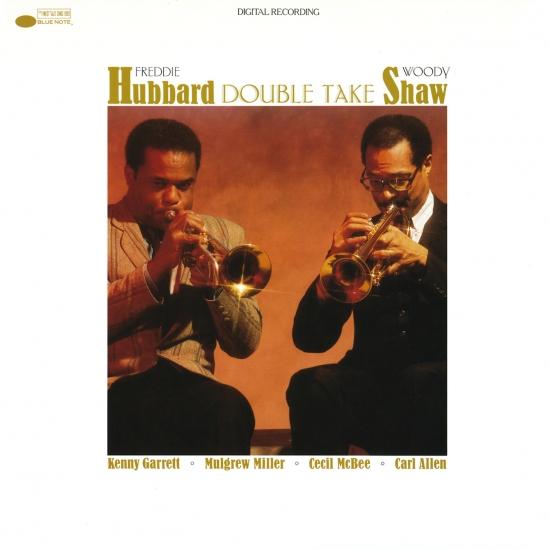 Two pre-eminent trumpeters have teamed up for a recording that is double in many senses. In one way, it`s a climactic acknowledgement of the decades that these two men have dominated jazz trumpet. At the same time, it pays homage to a legacy of great be-bop trumpeters.
The result is a distinguished recording that is as rich in history as it is pleasant to hear.
Freddie Hubbard, frequently a victim of his own excesses, does some of his best work in years, joining Shaw for carefully controlled and executed numbers.
Hubbard and Shaw match up well together, Hubbard providing his rich, round tone and Shaw a warmer, brighter intonation. They are backed by a well- restrained quartet of Kenny Garrett on alto sax, Mulgrew Miller on piano, Cecil McBee on bass and Carl Allen on drums.
The record is like a tour through the jazz trumpet hall of fame. Side one begins with Clifford Brown`s Sandu and follows with Boperation, by Fats Navarro. Hubbard then presents Lament for Booker, a funereal tribute to Booker Little. The side ends with a masterful rendition of Hubbard`s Hub-Tones, a jazz classic in itself first recorded by Hubbard in 1962. It`s the centerpiece of the album, with Shaw and Hubbard combining for artful harmony on the demonically syncopated and breakneck-paced intro.
Side two continues with Lee Morgan`s Desert Moonlight. Shaw gets his own tribute with Just a Ballad for Woody, written by his wife. The record ends with Lotus Blossom, by Kenny Dorham. While Shaw and Hubbard cooperate through most of the record, they break loose here and battle phrase for phrase, progressively going higher and higher in the register.
For Hubbard and Shaw, Double Take is their gift, reflecting back on their own careers, on the contributions of their artistic forebears, but also reflecting ahead -- a guidebook of sorts for future generations of trumpeters. (Peter Sleight)
Freddie Hubbard, trumpet, flugelhorn, horns
Woody Shaw, trumpet, flugelhorn
Kenny Garrett, flute, alto saxophone
Mulgrew Miller, piano
Carl Allen, drums
Recorded on November 21 & 22, 1985, New York, NY
Produced by Michael Cuscuna
Digitally remastered 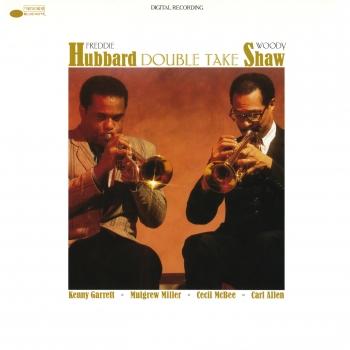 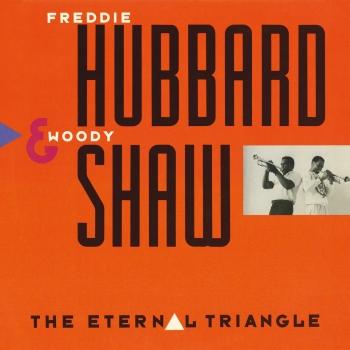