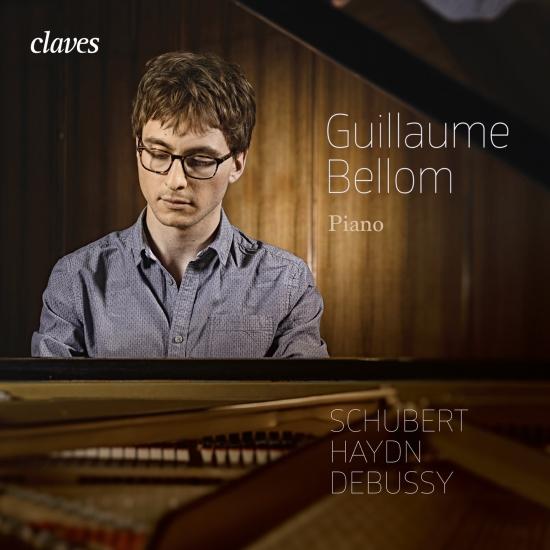 "When you don't have any money to go on holiday, you must make do by using your imagination," Debussy wrote, and the first two pieces in his triptych Estampes constitute an exotic travelog; the third piece is stay-at-home music, watching the rain. "Estampes" means print or engraving, and these three pieces are musical depictions of particular moments at particular locales. They also represent an interior journey of sorts, a newly personal idiom for Debussy, who is now seemingly unconcerned with the conventions and expectations of the salon and the concert hall.
"Pagodes" (Pagodas) manages to seem still and flowing at the same time. The stillness comes from the score's long pedal point, as well as from the harmonic restriction of the pentatonic scale, which is highly characteristic of Asian music. Despite this stasis, the music ultimately conveys smooth motion, thanks to Debussy's imitation of Javanese gamelan music; it may also be an imitation of the "Laideronette, Empress of the Pagodas" movement from Ravel's Ma mère l'oye. The music hovers mostly at low and medium dynamic levels, rising for only a couple of sonorous climaxes that soon recede into the softly tinkling texture.
"Soirée dans Grenade" takes listeners to Spain, but again the tour guide is Ravel, whose Habañera covers much the same musical territory. Debussy uses the same rhythm -- which, technically, is Cuban rather than Spanish, although the French strongly associated it with the Iberian peninsula. Debussy's dreamy treatment includes rather Moorish material and, except for two brief outbursts four-fifths of the way through, avoids the fast, fiery, flamenco-inspired effects that foreigners associate with Spanish music. Manuel de Falla thought highly enough of this piece to quote from it in his Homage to Debussy.
The final movement, in the great French keyboard tradition, is a toccata, although Debussy gives it a more fanciful title, "Jardins sous la pluie" (Gardens in the Rain). Judging from the movement's rapidity, this is quite a downpour, although there's little evidence of thunder or lightning; the challenge to the player is to maintain a light touch through most of the movement. The piece incorporates fragments of the French nursery songs "Do, do l'enfant do" and "Nous n'irons plus au bois," suggesting a child unable to go out and play but taking great interest in the rain, watching snug behind some window.
"His musicality is abundantly clear from the off and the sonata unfolds with a pleasing sense of inevitability. He gets the sense of calm that pervades much of the opening movement [of the Schubert]…in the Haydn sonata Bellom brings alive its shifts and swerves, allowing the humour of the first movement to speak for itself rather than spoiling the joke by overstatement…while the twinkling finale has an irresistible sense of play that gives even Bavouzet a run for his money." (Gramophone Magazine)
Guillaume Bellom, piano 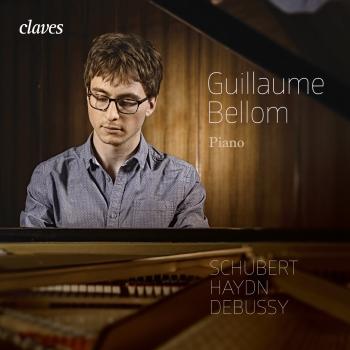 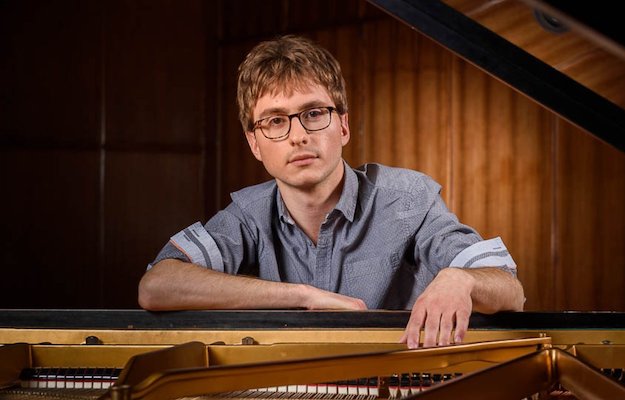 Guillaume Bellom
has one of the most atypical path of his generation, pursuing studies in both violin and piano, from the conservatoire of his hometown Besançon all the way to the Conservatoire of Paris. It is in this institution that he decided to fully develop his activity as a pianist, under the influence of striking personalities such as Nicholas Angelich and Hortense Cartier-Bresson.
Finalist and winner of the “Modern Times” prize, rewarding the best performance of the new music piece at the Clara Haskil 2015 competition, he revealed himself during this event dedicated to the great Romanian pianist, herself a good violinist as well. That same year, he won the first prize at the Épinal international competition and became laureate of the “L’Or du Rhin” foundation, before winning the Thierry Scherz prize at the “Sommets Musicaux de Gstaad” the next year. In 2017, he was nominated at the Victoires de la Musique in the “instrumental soloist revelations” category. He is also an associate artist at the Singer-Polignac Foundation in Paris since 2018
He performed as a soloist with the Orchestre National d'Ile de France, the Chamber Orchestra of Lausanne, the Orchestre National de Montpellier, and the National Orchestra of Lorraine, under the baton of Jacques Mercier, Christian Zacharias, Marzena Diakun. Also deeply interested by chamber music, his mastery of a vast repertoire has made a much sought-after musical partner out of him. He plays regularly in numerous festivals, including the Festival international de piano de la Roque d'Anthéron, the Festival de Pâques in Aix-en-Provence, the Piano aux Jacobins, the Festival de Pâques and L’Août Musical in Deauville, the Festival des Arcs, the Shanghai Concert Hall, the Bombay Royal Opera, the Mariinsky Theatre in St Petersburg, with artists such as Renaud Capuçon, Amaury Coeytaux, Nicolas Dautricourt, Paul Meyer, Yan Levionnois, Victor Julien-Laferrière.
His discography includes notably two albums dedicated to four-hands pieces by Schubert (rewarded by the prestigious “ffff” of French magazine Télérama) and Mozart, recorded with Ismaël Margain for Aparté, a cd with cellist Yan Levionnois (“ffff” of Télérama), released in 2017 for Fondamenta, and a solo cd around Schubert, Haydn, and Debussy, released in 2017 as well by Claves.