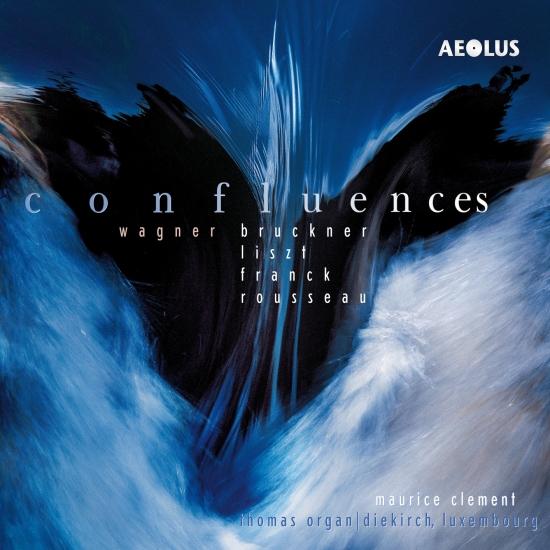 The programme of Maurice Clement’s album Confluences represents ‘a process of merger’ in which works by a number of composers are contrasted with one another. Taking a transcription of the Prelude from Tristan (in a concert version arranged by the composer) as point of departure, the pieces illustrate the influence of Wagner on German and French composers from the mid-nineteenth century to the early twentieth. This musical concept also goes to justify the particular choice of instrument, since the organ used for the recording is well suited to both the ‘Germanic’ world and the more hedonistic French spirit. The interpretations (which take into account historical, analytical and aesthetic considerations) therefore also benefit from the hybrid nature of this instrument: built by Dalstein & Haerpfer and reconstructed by Manufacture d’Orgues Thomas, it represents a successful synthesis of the two sound worlds. It is therefore able to do equal justice to both Liszt and Franck, and to create a coherent and captivating symphonic context for the chosen transcriptions.
Maurice Clement, organ 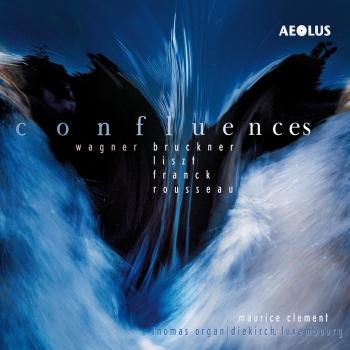 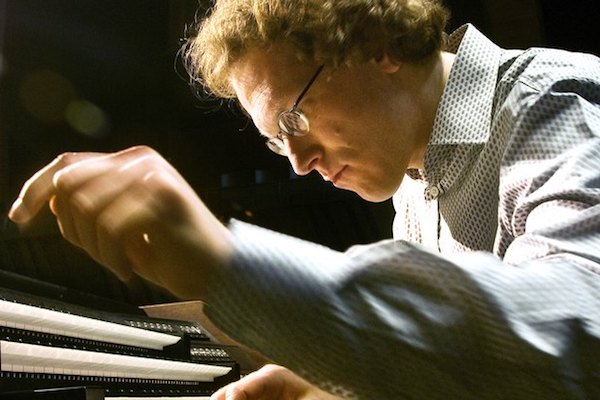 Maurice Clement
After his initial musical education at the Luxembourg and Brussels conservatoires with Alain Wirth, Jean Ferrard and Benoît Mernier respectively, Maurice Clement consolidated his organ studies with Jean Boyer at the Conservatoire National Supérieur de Musique de Lyon. This encounter was decisive and profoundly influenced his career as a musician.
Award winning organist, Maurice Clement has mastered his instrument through a constant dialogue with it. Since music is not a standardised art but an elementary manifestation of human life, Maurice Clement attempts to convey with it his faith in truth and beauty. His interpretations seek to unite musical matter and form, spirit and sensibility, contemplation and passion.
Improvisation, both on the organ and the piano, is the fundamental source of creativity and a wonderful field of experimentation for him. It allows Maurice Clement to live the music in all its immediacy. Discovery and creation coincide.
Maurice Clement displays his love of classical and improvised music in his activity as a concert musician and in his educational approach. In his many workshops and training courses he insists on stirring the musical imagination between creation and interpretation while stressing presence and immediacy. Parallel to his capacity as Professor of Organ at the Conservatoire de Musique du Nord in Luxembourg he leads this institution’s improvisation classes.
Currently organist in residence at the Philharmonie Luxembourg, he has given concerts together with musicians such as the percussionist Martin Grubinger and the trumpet player Tine Thing Helseth. He is regularly invited as a soloist to international festivals such as those of New York, Washington, Chicago, Minneapolis, Paris, Lyon, Brussels, Zürich, Munich, Stuttgart, Leipzig, Vienna, Innsbruck, Prague, Milan, Copenhagen.