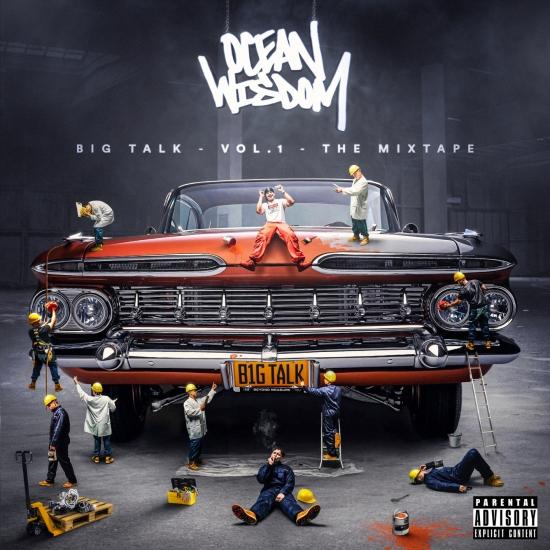 Trailblazing British hip hop rapper Ocean Wisdom today announces the full tracklist of his forthcoming ‘Big Talk Vol. 1’ mixtape. As a longtime magnet for collaborations, Ocean’s debut mixtape includes features from Dizzee Rascal, Fatboy Slim, Akala, Ghetts, Freddie Gibbs, LD and P Money. The expansive 20-track project is the first to be released on Ocean’s own label Beyond Measure Records. Following two albums of material that cemented Ocean Wisdom as one of British hip hop’s most vital artists, he today shares full details of his first mixtape. ‘Big Talk Vol. 1’ sees the rapper at his most inventive, blurring the lines between UK rap, grime and hip hop. The highly anticipated project is filled with lyrical
acrobatics, exceptional guest verses and Ocean’s trademark hyperspeed delivery. The mixtape features the singles ‘4AM’ and ‘Blessed’ featuring Dizzee Rascal. Both singles have received extensive support from media including heavy rotation from DJ Target, Tiffany Calver, Charlie Sloth, Tim Westwood and DJ Semtex. Following the release of his widely acclaimed debut album ‘Chaos 93’ in 2016, Ocean Wisdom was hailed as “the future of UK hip-hop” by Complex. Earning himself a reputation as a unique lyricist and lightning-fast rapper, Ocean carved a path toward the epicentre of British rap with his follow-up, the independent Top 40 album ‘Wizville’. The record boasted features with greats like Method Man, Roots Manuva, P Money and Dizzee Rascal, cementing Ocean as one of the most talked about names in his field.
Ocean Wisdom, vocals, rap 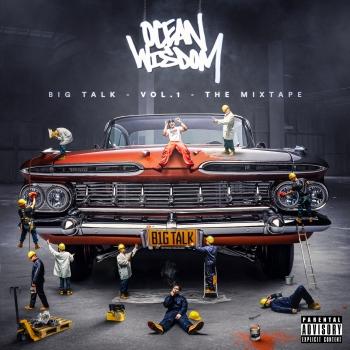 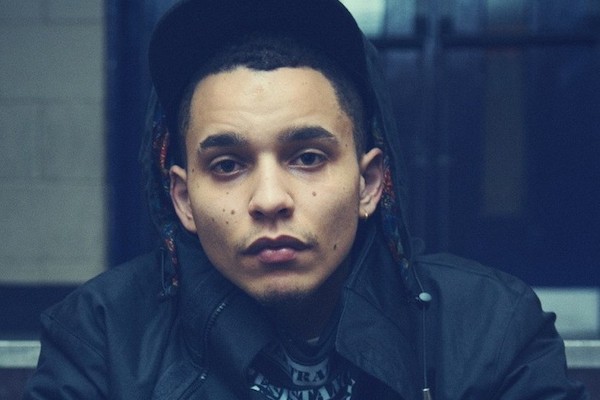 Ocean Wisdom
Camden born rapper Ocean Wisdom spent years perfecting his craft, remaining relatively quiet even in his home town of Brighton. That was until a chance encounter with UK Hip Hop producer/artist Dirty Dike. One take later and Walkin’ was born. No hook, no ad-libs just raw, unfiltered energy and originality.
Since the release of this seminal debut track, Ocean Wisdom has enjoyed a meteoric rise, sending shockwaves through the music industry. Hailed as “the future of UK Hip-Hop” by Complex Magazine with a style described as "Mercurial" by Dummy Magazine Ocean’s unique blend of genre-merging flows and thought-provoking lyricism have seen an unprecedented takeover of the UK Hip Hop scene. A versatile artist who’s unparalleled lyrical creativity, stage presence and flow has shut down main-stage crowds of over 10,000 people.
His debut album Chaos 93’ was released through High Focus Records on 22/02/16. It entered the official iTunes album charts the same day, peaking at no.10. The album, which was produced entirely by Dirty Dike, has already been hailed as “A genre defining release” and was the winner of Wordplay Magazine’s album of the year 2016.
In late summer 2016, the social media giants Unilad posted an article claiming that Ocean Wisdom had dethroned Eminem as the ‘fastest rapper’ after managing to fit an impressive 4.45 words per second into his track ‘Walkin’ compared to Eminem’s 4.31 words per second in ‘Rap God’. This article and ones of a similar nature would go on to become viral, drawing praise for Wizzy as well as being shared and commented on by some of the industry’s forerunners such as The Game, D12 and Akon.