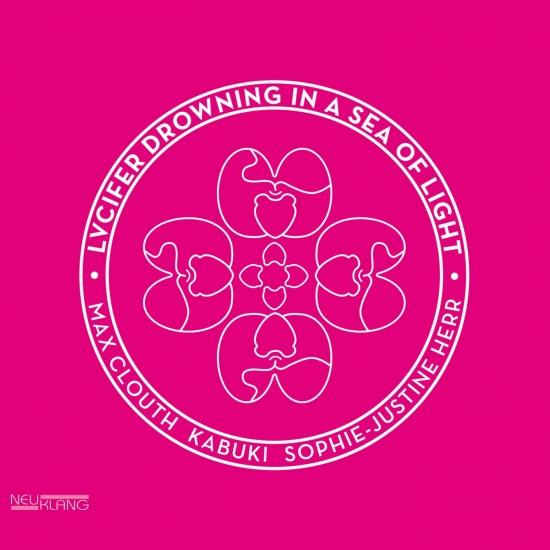 Info for Lucifer Drowning in a Sea of Light

The driving pulse of a modular synthesizer, crystal clear guitar runs and the melancholic sound of a baroque cello - an exceptionally orchestrated album, recorded in a high-quality live production. Without editing, in the now, in the flow. With "Lucifer Drowning in a Sea of Light” guitarist Max Clouth makes the renowned Bauer Studios the starting point of a musical flight of spheres.
This recording location and its tradition perfectly fit Clouth's aim of bringing an album of the highest quality to vinyl. As analog as possible, authentic and high end. He invited two musicians to join him: cellist Sophie-Justine Herr and Frankfurt drum'n bass legend Kabuki.
Music like a journey into another dimension, an acoustic-electronic dialogue that slowly increases its intensity. Psychedelic, but never hectic or confused. Not a drug trip, but a consciousness trip, awake and dreamy at the same time. The electronic textures of the synthesizer blendswith the cello's warm sound and the clear accents of the guitar, creating a mysterious soundscape, a cosmic kaleidoscope that seems to spin endlessly.
It is the most personal work of the 35-year-old guitarist from Frankfurt so far. For the first time in a decade, Clouth decides develop an album alone, inspired by artist, philosopher and reformer Rudolf Steiner, whose sculptural group "The Representative of Humanity'', more than eight meters high, had a strong impact on the musician. It depicts the human being maintaining balance in the tension between extremes. The figure of Lucifer depicted there gave the album its name. "Lucifer Drowning in a Sea of Light" is an inner journey, a spiritual expedition.
The “Weltenvereiner (unifier of worlds)” (FAZ) Max Clouth not only connects continents, but also builds bridges between visible and invisible worlds.
Max Clouth, guitar
Kabuki, modular synthesizer
Sophie-Justine Herr, cello