A Residency in the Los Angeles Area Naia Izumi 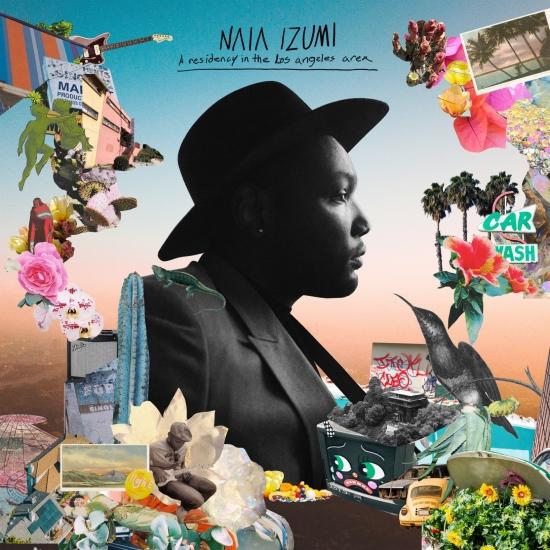 Info for A Residency in the Los Angeles Area

Guitarist, drummer, bassist, singer-songwriter and producer NAIA IZUMI today announces the release of his major label debut album "A Residency in the Los Angeles Area". Making its debut alongside album preorder is lead single “Voodoo,” a time signature-jumping groove that weaves a dizzying guitar riff around a jazzy beat and Naia’s soulful vocals.
Having won NPR’s prestigious Tiny Desk Contest in 2018, Naia just returned to the program to perform the new single and his contest-winning track “Soft Spoken” as part of NPR’s Tiny Desk Contest Family Hour 2021 livestream event celebrating past winners of the prestigious contest – watch here.
“Sometimes, I don’t want to feel lonely, so I’ll write a song to put me in a different place,” explains Naia of the track. “With ‘Voodoo,’ I imagined how it would feel if I found the person who fits me so well. It would be disorienting. There’s almost a seductive and enchanting quality to the song. I wanted to replicate the vibe of falling in love.”
“Voodoo” arrives today as the introduction to Naia’s forthcoming debut album A Residency in the Los Angeles Area and is indicative of the unique soundscape encapsulated by the 13-track collection. Overlaying virtuosic two-hand tapping, eloquent phrasing, and time-warping tremolo upon a slow-honey drip of soul, Naia speaks through his music as if the sound flows through him. It’s a sound that has continued to fall on receptive ears, with Naia already racking up millions of streams and acclaim from NPR, The New York Times, Paste Magazine, The Washington Post, Guitar World, American Songwriter and more, all before the release of his debut full-length.
Developing a fascination with the guitar at an early age, Naia’s imitable sound is the result of both a lifelong study and single-minded dedication, the musician playing for hours on end and losing himself in the instrument. Diagnosed with autism at the age of 16, he began recognizing his issues with social interaction, eye contact, and body language, reading countless books to address and alleviate any obstacles. After dropping out of high school to join the Job Corps and spending five years as an electrician, Naia decided to pursue his dream full force. Taking to busking, he played hundreds of gigs and would often carry his equipment for miles just so he could perform. Naia eventually landed in Los Angeles, busking all day to get by and independently releasing his music before making his breakout win at NPR’s highly-coveted Tiny Desk Contest in 2018 with “Soft Spoken” and signing a major label deal with Sony Music Masterworks.
Along the way, he collaborated on A Residency in the Los Angeles Area with producer Tony Berg [Peter Gabriel, Phoebe Bridgers] at Sound City Studios, performing vocals, guitar, bass, drums, Japanese Koto, mandolin, cittern, and more on the record. From the simmering funk beat of “Honesty” to the searing solo performance on “Natural Disaster,” the smoky wah of “Six Inch Stilettos,” and the lushly hypnotic melodies on “Good At Being Lonely,” the album showcases Naia’s artistry on every level. A subtle homage to his adopted home base, A Residency in the Los Angeles Area represents the union of practice and magic, technique and spirit, intense thought and unrestrained emotion.
“I make music I’m not hearing,” Naia observes. “That was my purpose as a kid. I heard pieces of things, but it wasn’t what I really wanted to hear. I tried to get better and better, so I could make what I was hearing in my head. I’m just the average dude who’s just trying to do the best he can. I’m learning to control what I want to say with the vibe, the music, and the words. If it connects to you in some way, I’m a happy person.” Ultimately, A Residency in the Los Angeles Area represents this notion in its fullest form, with Naia translating something never before heard but much needed on his debut.
“Undeniable talent and charismatic personality” (NPR)
“Math-rock precision and R&B passion merge… a hint of Hendrix behind a breathy, androgynous vocal that doesn’t mince words” (NEW YORK TIMES)
Naia Izumi 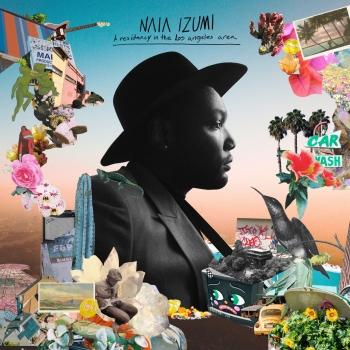 A Residency in the Los Angeles Area 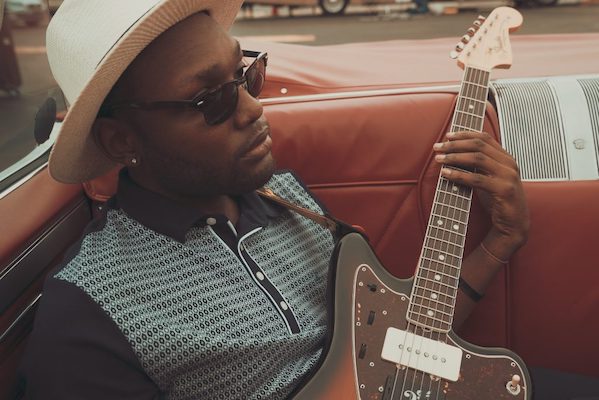 Naia Izumi
Emerging indie-R&B singer/songwriter and guitarist Naia Izumi has released his NPR Tiny Desk Contest-winning track, "Soft Spoken," which appears as the first song of his Tiny Desk Concert that aired last week. NPR Music calls "Soft Spoken" "singular and unparalleled," noting that it "speaks to the power inherent in the gentle and quieter voices that are often drowned out by the outspoken and boisterous ones." The genre-spanning track is available now on all digital platforms, including Bandcamp, YouTube, Spotify, and Apple Music.
Naia Izumi was selected as 2018's Tiny Desk Contest winner from nearly 5,000 entries. NPR Music states, "Naia won us over with his mind-boggling and unique style of guitar playing — a combination of tapping on the fingerboards and soul-filled whammy-bar note bending," adding, "Naia's music draws from so many spheres of sound. There's that punctual, rhythmic, mathematical pulse to what he does, but there's also a fluid, almost African kalimba sound in there as well." Izumi began experimenting with guitar at around 9 years old as a way to express himself due to the social difficulties he experienced living with autism. Originally from Columbus, GA, he was busking on the streets of Los Angeles before winning the Tiny Desk contest, and it was during this time that he wrote "Soft Spoken," which was originally titled "Soft Spoken Woman.” The track is Izumi’s response to the social prejudices he has experienced throughout his life, with lyrics such as, "Don’t judge a book by its cover / Listen and you will learn / I might be a soft spoken person / But I’m aware of a power I have." During a recent interview with NPR’s All Things Considered, Izumi divulged, "I was experiencing a lot of people [who would] just kind of over-talk me, or downplay my abilities because of how I presented myself."
Izumi has embarked on a nationwide tour presented by NPR Music and Lagunitas Brewing Company that includes shows in New York City, Denver, Minneapolis, Washington DC, Seattle, Chicago, and more. Izumi will also perform a SoFar Sounds LA session on May 30 and has an upcoming special guest appearance with Fantastic Negrito at the Lagunitas Amphitheater in Petaluma, CA on June 12. Additionally, he will support The Lone Bellow on a 12-show tour this fall. Please see below for full tour details with more dates to be announced soon.

Booklet for A Residency in the Los Angeles Area