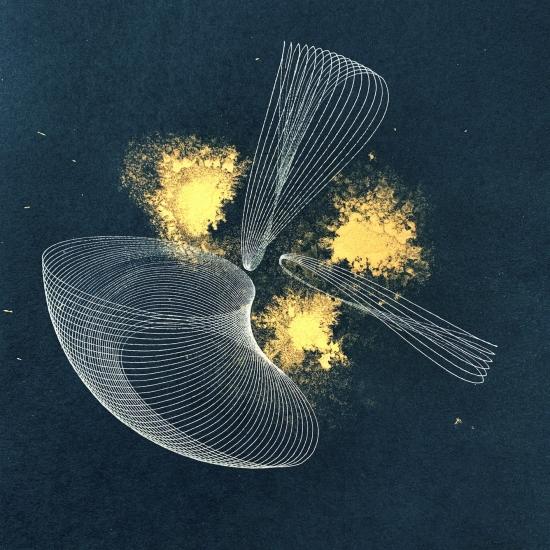 "Borealis" is the debut collaborative album from American midwestern based instrumental musicians John Hayes and Maxy Dutcher. “Borealis” is a ten track album that navigates the Modern Classical / Electronica divide that while it has a semi dancefloor influenced feel, it is more in the IDM vein. With the music I have heard from each musician it feels like the pieces on “Borealis” are less of combining both Hayes and Dutcher’s styles, instead it is a case of creating their own joint style. Within this joint style there is an openness to explore more sounds like the cold retro minimalism of the title track, the rippling “Spell”, the melodically propulsive “Carousel” or the hazy piano ambience of “Stasis”. By having this openness to sound it makes the album more of a whole release rather than a compilation of similarly sounding pieces. I am a big fan of artists approaching albums this way as it removes the limitations of the music and the variety adds to the listening experience.
Hayes, a pianist and producer from Minneapolis, Minnesota, is known best for his ability to craft delicate piano compositions as well as his experimental recording techniques which have led to his unique sound and timbre.
Dutcher is an electronic musician from Missoula, Montana who primarily creates experimental ambient and dance music. He uses both analog and digital equipment to create elaborate soundscapes and driving, interlocking rhythms.
Together they weave a lush tapestry of neo-classical sensibilities and driving electronic elements. Their collective styles form a unique contrast full of dynamic textures, evocative moods and an array of colours.
"The self-titled debut from the duo Blomma is so very tuneful, whether it’s soaring arpeggiated machine grooves or lush, neo-romantic piano cushioned with gorgeous layers of synths. Borealis by John Hayes & Maxy Dutcher is a meeting of two artists steeped in different traditions – classical piano music and electronic dance music – and it juxtaposes the two brilliantly. Buzzing midtempo house and electro grooves share the stage with elegiac keyboard melodies and fuzzy, richly textured chords and backdrops. The more restrained Out of the Valley is a new project of American composer Nick Angeloni aka n-So and is the most eclectic of the batch. Contemplative piano, percussive noise, chamber music, impressionist synth music, jazz and blues figures; all these disparate threads are woven together with subtlety and finesse. It’s the kind of release that certain over-hyped European and Brit artists in the genre might make, if they better understood the art of the album and could sustain the quality for 40-plus minutes." (ambientmusicguide.com)
John Hayes & Maxy Dutcher 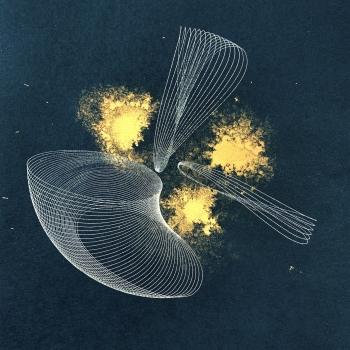