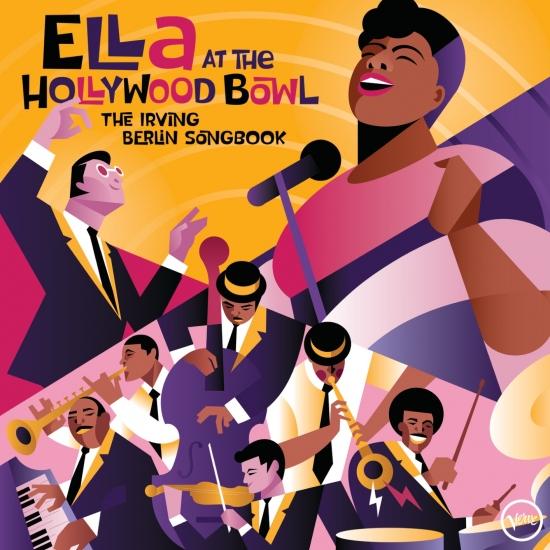 Info for Ella At The Hollywood Bowl: The Irving Berlin Songbook Live (Remastered) 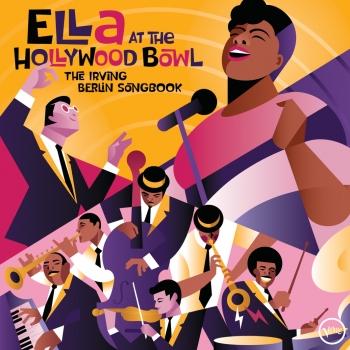 Someone To Watch Over Me (Remastered)

Ella Fitzgerald (1917-1996)
was, along with Sarah Vaughan and Billie Holiday, one of the most important vocalists to emerge from the big-band era. Her style is marked by a sunny outlook, a girlish innocence, and a virtuoso command of her voice.
Fitzgerald was born out of wedlock in Newport News, Virginia, to a laundress mother and a father who disappeared when she was three years old. Along with her mother and her mother’s new boyfriend who functioned as a stepfather, she soon moved to Yonkers, New York, where she began her schooling. Around the third grade she started dancing, a pursuit that became almost an obsession. In 1932, when she was fifteen, her mother died suddenly of a heart attack. Her stepfather treated her badly, but an aunt took the teenager to live with her in Harlem. This arrangement did not last long; Fitzgerald ran away in 1934 to live on the streets. Late that year she won a talent contest at the Apollo Theater; she had entered as a dancer, but nervousness caused her to sing instead. Several months later she joined drummer Chick Webb’s big band, where she mostly sang novelties like 'Vote for Mr. Rhythm'. In 1938 she recorded 'A-Tisket, A-Tasket', her own adaptation of a turn-of-the-century nursery rhyme, which took the country by storm and eventually sold a million copies. When Webb died in 1939 the band’s management installed Fitzgerald as leader.
In 1942 the band broke up and Fitzgerald became a single act, touring with various other popular names of the day. She also became interested in scat singing and the newly emerging style known as bebop, and in 1945 she recorded a landmark version of 'Flying Home.' Several tours with the Dizzy Gillespie band also contributed to her assimilation of the bebop style.
In the late 1940s Fitzgerald began to tour with the Jazz at the Philharmonic troupe, working with such leading musicians as saxophonist Lester Young, trumpeter Roy Eldridge, pianist Oscar Peterson, and bassist Ray Brown, to whom she was married for four years. JATP impresario Norman Granz became increasingly influential in her career, and in 1953 he became her manager.
Three years after that he became her record producer as well, recording her on his own Verve label. He wasted little time in having Fitzgerald record a double album of Cole Porter songs. Fitzgerald made many wonderful albums for Verve in the following decade, but the six songbooks occupy a special place in her discography. They were instrumental in expanding Fitzgerald’s appeal beyond that of a 'jazz singer' and creating a demand for her in venues not usually open to jazz artists.
For die-hard jazz fans, though, the well-polished jewels of the songbook series lack the raw energy of Fitzgerald’s live performances. Happily, Granz released several landmark concert albums by her as well. Especially exciting was a 1960 Berlin concert, which featured an electrifying performance of an impromptu take on 'Mack the Knife,' which became a Top 30 single. Fitzgerald usually performed with a trio or quartet, but there were also appearances with larger groups, such as the Duke Ellington and Count Basie orchestras. By the 1960s Fitzgerald had become wealthy enough to retire, but the love of performing drove her on — she appeared regularly until just a couple of years before her death in 1996. Sidemen came and went, but except when health problems intervened she performed as much as humanly possible, sometimes singing concerts in two different cities in one day. Source: Verve Music (Phil Bailey). Excerpted from Ken Burns’ Jazz: The Definitive Ella Fitzgerald