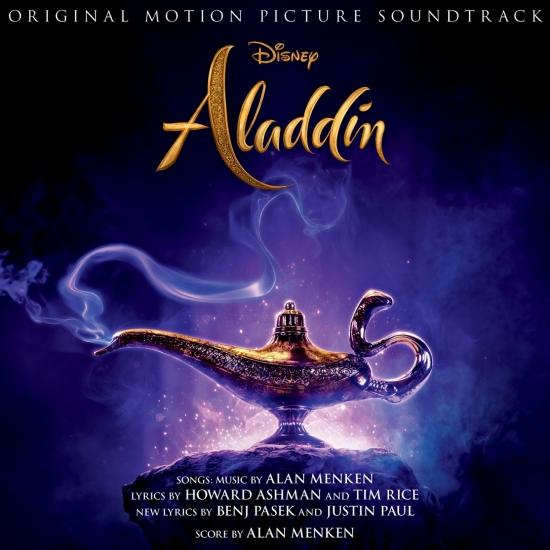 Walt Disney Records will release the official soundtrack album for the live-action remake of Disney’s Aladdin. Alan Menken (Beauty and the Beast, The Little Mermaid, Enchanted) has composed the original score for the film, which also features the songs from the 1992 animated classic written by Menken and featuring lyrics by Howard Ashman & Tim Rice, as well as new songs written by Menken and featuring lyrics by Benj Pasek & Justin Paul (The Greatest Showman, La La Land). The soundtrack will be released on May 22 (digitally) and May 24 (physically) (pushed back from the original listed release date of May 10) and is now available for pre-order on Amazon. The full album details are expected to be announced within the next few days. Aladdin is directed by Guy Ritchie and stars Will Smith, Mena Massoud, Naomi Scott, Marwan Kenzari, Navid Negahban, Nasim Pedrad, Billy Magnussen and Numan Acar. The movie will be released in theaters nationwide on May 24 by Walt Disney Pictures.