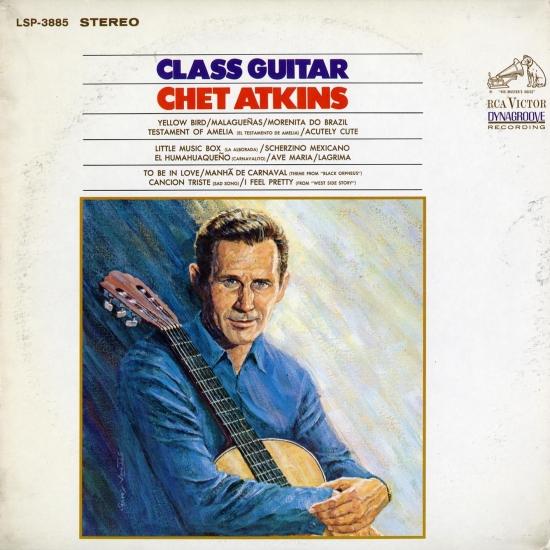 One of the most striking things about the architects of the Nashville Sound is that their music has stood the test of time so well. Chet Atkins is one of those architects. The works of Chet Atkins have remained in print to touch era after era of music lovers with their freshness, spark and inventiveness.
Known as "Mr. Guitar," Chet Atkins is the most recorded solo instrumentalist in music history. As a studio musician, his string-tickling work has gilded the records of Elvis Presley, Kitty Wells, The Everly Brothers, Hank Williams and dozens of other Nashville legends. His style influenced such pop greats as Mark Knopfler, Duane Eddy, George Harrison, The Ventures, George Benson and Eddie Cochran, as well as thousands of country pickers. He has won nine CMA Awards as Musician of the Year, four Playboy jazz poll honors and thirteen Grammies, more than any other artist in the history of country music. …
As the head of RCA Records, he propelled an entire generation of country stars to fame -- Dottie West, Waylon Jennings, Bobby Bare, Porter Wagoner, Dolly Parton, Jim Reeves, Jerry Reed, Skeeter Davis, Charley Pride and Eddy Arnold were all signed and/or produced by Chet. He built RCA Studio B, said to be the most hit-generating studio in the history of Music Row. The name of Chet Atkins is synonymous with The Nashville Sound. (Bob Oermann)
His albums are also highly regarded by audiophiles, as many of them were well-recorded and sound terrific. They also, by and large, just make for great listening. By the late 1960s, his pop chart activity was mostly behind him, but most of his releases sold well on the country charts.
Class Guitar, released in 1967, was one of those albums that sold “pretty well” by the standards of the day, reaching #26 on the country charts and #189 on the pop charts.
Chet Atkins, guitar
Recorded 1967 at RCA "Nashville Sound" Studio, Nashville, TN
Engineered by Jim Malloy
Produced by Bob Ferguson, Chet Atkins
Digitally remastered
Please Note: We offer this album in its native sampling rate of 96 kHz, 24-bit. The provided 192 kHz version was up-sampled and offers no audible value! 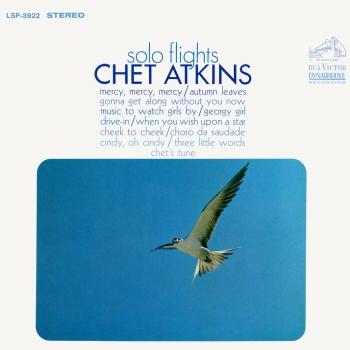 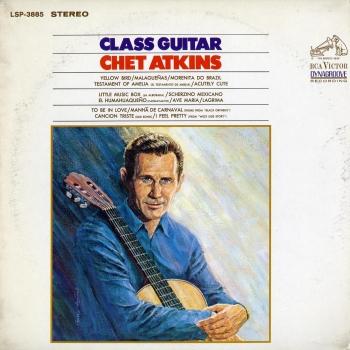