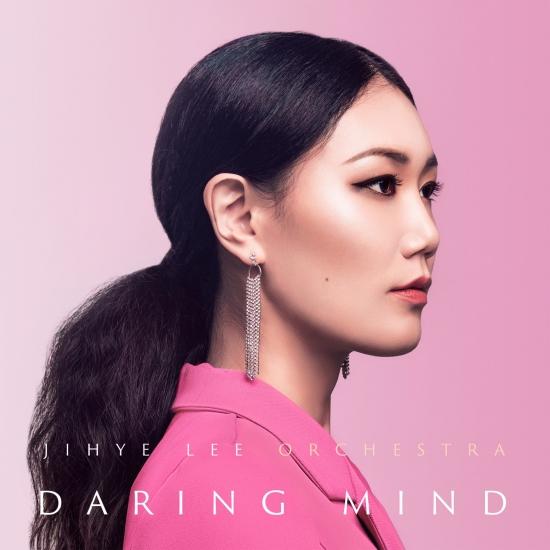 This extraordinary sophomore album from the Jihye Lee Orchestra showcases the Korean composer and conductor Jihye Lee’s adventurous and very personable storytelling approach to large-ensemble jazz-meets-classical music over the course of nine spellbinding compositions.
"Daring Mind is a documentation of my first four years in New York. Composing has been my best friend. We danced, cried, laughed, and suffered together. Music heals me by helping to release my emotions. I hope this album can take on you a similar journey as we are all human beings sharing the ups and downs of life." (Jihye Lee)
Daring Mind begins with “Restless Mind”, which emulates the bustle of New York City with its twisted rhythmic feel and repetitive notes. Featuring Sean Jones and trombonist Alan Ferber, the vibrancy and beauty of a pre-COVID city that never slept is on rich display in this dazzling opener. Following is “Unshakeable Mind”, winner of the 2018 BMI Charlie Parker Composition Prize. Inspired by the competitive environment of the New York music scene and the effects it has on one’s own psyche, “Unshakeable Mind” explores the nature of a determined and persevering spirit, with strong solo and ensemble support from alto saxophonist Ben Kono. The gorgeous “Suji” comes next. Written for one Lee’s dearest friends, this bright composition features only major chords played through chamber-like instrumentation. Kono once again plays a leading role here, as does pianist Adam Birnbaum.
Gears shift on the fourth track, “I Dare You”, which was commissioned by American entrepreneur Matt Mullenweg. “Since I am not a traditional swing big band style composer, sometimes I face the famous question ‘what is jazz?’” states Lee. That same question arose in an interview with Wayne Shorter by Max Dax in 2014, and his answer is “To me, jazz means: “I dare you!’” This is the title of this song and in many ways the inspiration of Lee’s entire approach to jazz. “I believe that jazz is not a style or genre, but a daring spirit, being creative by cultivating your instincts.” Tenor saxophonist Quensin Nachoff shines on this track which is full of sonic surprises.
The BMI Manny Albam Commission piece “Revived Mind” showcases soloist Mike Fahie on trombone. This colorful composition is an homage to nature and Earth, to rebirth and rejuvenation. Track 6, “Struggle Gives You Strength” was originally written for Carnegie Hall’s NYO Jazz and once again features Sean Jones. On this uplifting and inspiring composition, Lee comments: “Struggle is an essential part of life and it molds us into beautiful individuals with character.”
The final third of Daring Mind features the bluesy “Why Is that” with solos by Jones and alto saxophonist Rob Wilkerson; the dissonant tri-tone filled odyssey “Dissatisfied Mind” which ruminates on the negatively that can intrude ones’ thoughts; and “GB”, a stunning closer inspired by love found and lost. Highly cinematic, the beauty and joy of happy memories slowly gives way to crushing breakdown, before reluctant acceptance sets in. As an aspiring film music composer, this vivid track particularly showcases Lee’s great potential in that arena.
This album does a lot to recommend itself. It’s got substantial pieces of good, strong, aggressive jazz. “Dissatisfied Mind” is fun and energetic and delivers on the chaos promised by the title. “Relentless Mind” has some great moments that grab attention and complex, rewarding subthemes behind it. There are some interesting thoughts made more interesting for their interweaving, but they suffer a little from slightly predictable conclusions. It’s a very fun piece though and that does a lot for it.
Even where the album is not as strong, such as in “Suji” which is overlong and a little shallow, it’s just such lovely music that my complaints are minor. Similarly, although “Unshakeable Mind” is too placid and doesn’t do anything of interest, it doesn’t really need to for it to still be a pleasant listen. I may have preferred an album that did more to stand out, but this is an album that left me with a smile after every play. I’m glad I picked this one up.
Jihye Lee Orchestra:
Ben Kono, alto saxophone
Rob Wilkerson, alto saxophone
Quinsin Nachoff, tenor saxophone
Jeremy Powell, tenor saxophone
Brian Pareschi, trumpet
Sean Jones, trumpet
John Lake, trumpet
Alex Norris, trumpet
Mike Fahie, trombone
Alan Ferber, trombone
Nick Grinder, trombone (All tracks except 2, 5)
Mark Patterson, trombone (tracks 2, 5)
Jennifer Wharton, trombone
Adam Birnbaum, piano (tracks 1, 3, 4, 6, 7, 9)
Haeun Joo, piano (tracks 2, 5, 8)
Sebastian Noelle, electric guitar
Evan Gregor, double bass
Mark Ferber, drums 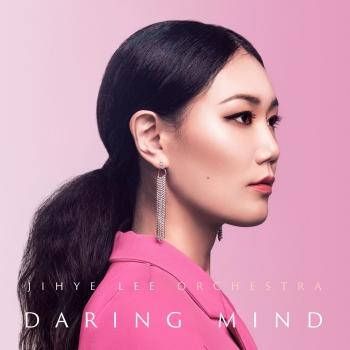 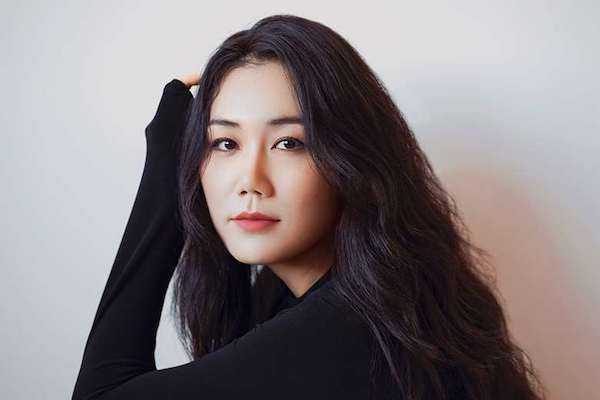 Jihye Lee
is a jazz composer and bandleader based in New York, highly regarded for her personal and adventurous storytelling approach to large-ensemble jazz. “Her music is imaginative and creative” says Jim McNeely, one of Lee’s great mentors. “And she’s not afraid to take some exciting chances in her writing.”
Lee describes composition as a form of record-keeping for herself, as the documentation of her life, the process of finding musical equivalents to the images, thoughts and emotions in her mind. She writes first and foremost for herself, to release her feelings, which makes her music deeply personal. Her goal is to invite listeners into her creative world, to relate to her stories, to reflect on the truth that as humans, we share similar struggles and triumphs regardless of where we come from. It is Lee’s hope that we can create genuine connections with each other through art.
She has organized successful crowdfunding campaigns for April, her 2017 debut album, as well as Daring Mind, her sophomore effort, releasing in March 26, 2021 on Motéma Music. April was was co-produced by Greg Hopkins and recorded with Berklee faculty members and top jazz professionals from the Boston area; the album revealed Lee’s extraordinary gifts at the helm of a top-tier large ensemble, making original music with what The Village Voice called “chamber-like textures, involved harmony and sectional counterpoint, and persistent rhythmic drive.”
Daring Mind, the follow-up, is produced by the innovative composer and Secret Society bandleader Darcy James Argue, with renowned trumpeter Sean Jones appearing as a special guest. It presents compositions from Lee’s Mind Series, including her BMI Charlie Parker Jazz Composition Prize-winning “Unshakable Mind” and her Manny Albam Commission piece “Revived Mind.” The music reflects her struggles, doubts, and hopes while living in the amazing city of New York. All the compositions explore the human mind, heart and soul, the various states of the human psyche from confusion to rage to enlightenment.
A native of South Korea, Lee had no jazz or classical training growing up, though she found success in Korea performing as an indie pop singer songwriter. She graduated from Dongduk Women’s University with a degree in Voice Performance, discovering her love of large-ensemble jazz only after beginning her studies at Boston’s Berklee College of Music in 2011. Confidently she began to explore her own identity and voice within this exciting, historically rich medium, winning Berklee’s Duke Ellington Prize just months after declaring her Jazz Composition major (and again the following year). Though she could never have anticipated this new path, she has followed it to greater heights, moving to New York in 2015 and earning a master’s degree at Manhattan School of Music under the guidance of the great Jim McNeely, with generous funding from school scholarships and the CJ Cultural Foundation.
Navigating the transition from pop singer to jazz composer has given Lee a different angle on jazz composition, providing her not only with a lyrical melodic sense but also a way of imagining characters in every composition, or themes with which people can identify. Her first instinct is not to find chords and melodies — Lee is not herself an instrumentalist — but rather an idea, image or message, and then find a way to express it through musical elements.
On Daring Mind and in all her current work, Lee has built on fruitful relationships and musical bonds with top players on the New York scene. Because jazz does not exclude based on gender, nationality, ethnicity, religion, age and so forth, Lee has found a home, a deep place of belonging, in the jazz community, where the response to her unique and honest original music has been extremely receptive.
In addition to the BMI Foundation’s Charlie Parker Jazz Composition Prize and Manny Albam Commission in 2018, Lee has received the 2020 ASCAP Foundation/Symphonic Jazz Orchestra Commissioning Prize. She has written music for the Jazz at Lincoln Center Orchestra with Wynton Marsalis as well as Carnegie Hall’s NYO Jazz.