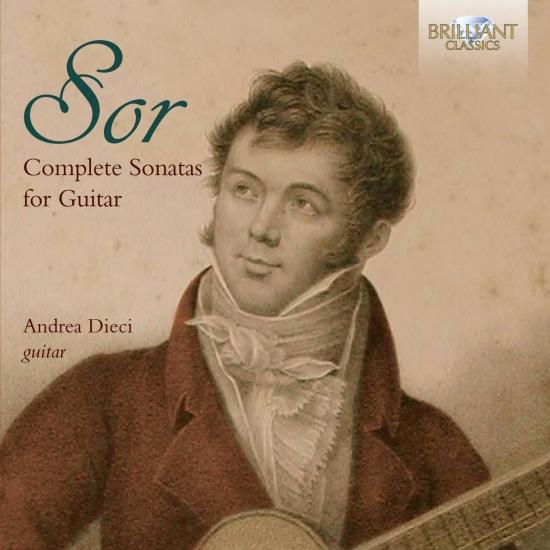 Fernando Sor (1778 1839) was one of the most important and successful composers for the guitar in the first half of the 19th century. Spanish by birth he tried his luck in the musical capital of the world of that time, Paris, a time when the guitar received a true revival and emancipation as a valuable and respected classical instrument.Sor's guitar works show an incredible skill and present many technical and musical innovations. His Grande Sonatas for guitar are true masterpieces of the genre, substantial works in which the features and forms of the Classical Style of Hummel and Boccherini are imbued with salon drama and a great dose of virtuosity: high class entertainment! Andrea Dieci (An impressive guitarist New York Times; A true star of the classical guitar Corriere della Sera) made already several successful recordings for Brilliant Classics: Henze: Complete Guitar Music, BC95186 and Piazzolla Café 1930, BC94896.The booklet contains excellent liner notes in both English and Italian.
Andrea Dieci, guitar 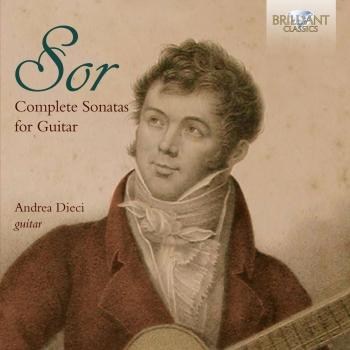 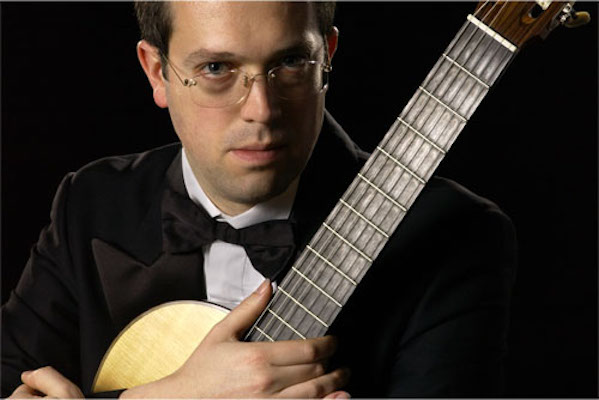 Andrea Dieci
graduated “cum laude” with special distinction at the “Verdi” Conservatoire of Milan. He studied with Oscar Ghiglia at the Summer Classes held at the Accademia Musicale Chigiana in Siena and at the Musikakademie in Basle, Switzerland, where he earned the “Solistendiplom”. He has also attended masterclasses with Julian Bream. He has won First Prize in the International Competition of Gargnano, the International Competition of Lagonegro (dedicated to 20th century guitar music) and the “De Bonis” International Competition of Cosenza. Moreover, he was awarded a Special Prize at the ARD-Musikwettbewerb held in Munich in 1989. Andrea Dieci has been described as “an impressive guitarist” by the Times Herald and “a true star of the classical guitar” by Corriere della Sera. He has performed extensively for prestigious music societies all over Europe, in the USA, Central and South America, Africa and Asia. He has appeared at such famous events as the Spoleto Festival of Two Worlds, the Festival of the Guitar Foundation of America (GFA) and the Singapore International Festival, and at music festivals in Milan, Madrid, London, Athens, Istanbul, Los Angeles, Tokyo, among others. He has premièred several pieces dedicated to him by contemporary composers. Mr Dieci’s performances have been broadcast by major radio and TV companies including Italian Radio-Television (RAI), Vatican Radio, Radio Nacional Española, Swiss-Italian Radio-Television, Euroradio and the BBC. The Vatican Radio has recently broadcast a series of programs dedicated to him. His several CDs, released under MAP, Nuova Era, Bèrben, DotGuitar and Brilliant Classics labels, include a CD of Manuel Ponce’s guitar music and CDs dedicated to Nicola Jappelli and Astor Piazzolla. Moreover, he is the only guitarist to have recorded the complete works for solo guitar by Heitor Villa-Lobos, Toru Takemitsu (awarded the “Golden Guitar” 2005 at the X International Guitar Congress of Alessandria as the best CD of the year) and Hans Werner Henze. In addition to being in demand as a performer, Dieci is also a renowned teacher. He has presented masterclasses at important music institutions in Italy, France, Switzerland, Spain, United Kingdom, Poland, Greece, Bulgaria, Brazil, Mexico, USA, Singapore and Japan. He is currently based at the Vecchi Conservatoire in Modena, also teaching yearly masterclasses at the Regondi Guitar Academy in Milan. Andrea Dieci plays a José Romanillos guitar with Savarez strings.