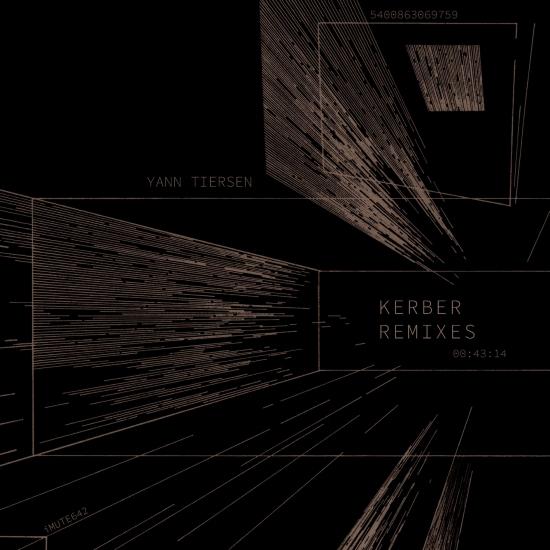 The remix 12” includes remixes and reworkings from Terence Fixmer, Beatrice Dillon, Laurel Halo, Iku Sakan and two remix competition winners, Sote and Simon Sky.
While Kerber saw Tiersen incorporating modular synthesis and sampling into the recording process, his follow up album, 11 5 18 2 5 18, was born from further experimentation in the studio as the artist prepared for a performance at Berlin’s modular and synthesiser festival, Superbooth. Using samples as his source, Tiersen has resampled, reprogrammed and recomposed existing audio to create entirely new tracks unrecognisable and decontextualised from their original versions. The album completes a story he started Kerber but where that took a more nuanced and subtle approach, 11 5 18 2 5 18 brings the listener into new sonic spaces.
This new remix 12” bridges the worlds of Kerber and 11 5 18 2 5 18, pushing the tracks further onto the dancefloor and opening them up to new processes.
Yann Tiersen 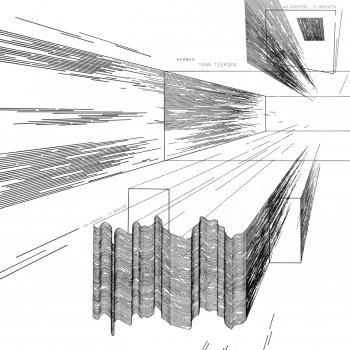 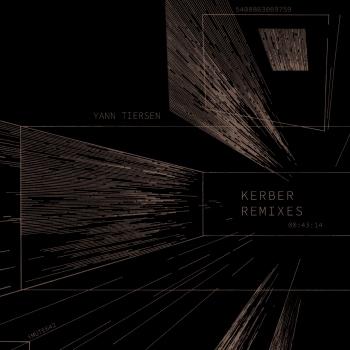 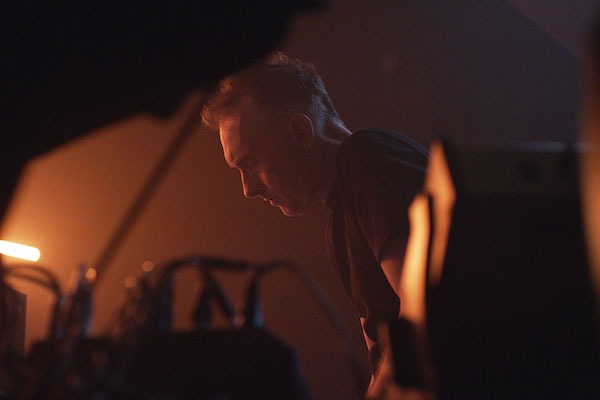 Yann Tiersen
Breton-born artist Yann Tiersen has been involved in music for most of his life.
He started learning piano at the age of four, took up violin at the age of six and received classical training at musical academies in Rennes, Nantes and Boulogne. Then, at the age of 13, he chose to alter his destiny, breaking his violin into pieces, buying a guitar and forming a rock band.
Growing up in Rennes gave Tiersen the perfect musical education in the form of the city’s annual Transmusicales festival, seeing acts like Nirvana, Einstürzende Neubaten, Nick Cave and The Bad Seeds, The Cramps, Television and Suicide. When his band broke up a few years later, instead of hunting for some new musicians, he bought a cheap mixing desk, an eight-track reel to reel, and started recording music solo with a synth, sampler and drum machine, poring over the grooves of old records on the hunt for loops and orchestral strings to plunder.
“One day I thought, instead of spending days on research and listening to tons of records to find the nearest sound of what I have in mind, why don’t I fix this fucking violin and use it?” Through the summer of 1993, Tiersen stayed in his apartment, recording music alone with guitar, violin and accordion, guided not by the classical canon, but by intuition and his vision of “a musical anarchy”.
By the end of the summer of 1993, Tiersen had recorded over 40 tracks, which would form the bulk of his first two albums. 1995’s La Valse Des Monstres, inspired by Tod Browning’s Freaks and Yukio Mishima’s The Damask Drum, was followed six months later by Rue Des Cascades, a collection of short pieces recorded with toy piano, harpsichord, violin, accordion and mandolin. Six years later, the record would find a much larger audience when several tracks, along with music from Le Phare, would be used on the soundtrack to Jean-Pierre Jeunet’s film Amelie (2001).
Tiersen’s commercial breakthrough would come earlier, though, and off his own back. 1998’s Le Phare (The Light House) was recorded in self-imposed seclusion on the isle of Ushant (located 30 kilometres off the west coast of Brittany in the Celtic Sea), where Tiersen spent two months living in a rented house. At night, he watched the Creach’h, the most powerful lighthouse in Europe, as it illuminated the surrounding scenery.
Le Phare went on to sell over 160,000 copies, confirming Tiersen’s status as one of the most pioneering and original artists of his generation and commencing a run of successful albums like 2001’s L'Absente (featuring orchestral group Synaxis, Lisa Germano and the Divine Comedy’s Neil Hannon) and 2005’s Les Retrouvailles (with guests Stuart Staples of Tindersticks, Jane Birkin and Elizabeth Fraser of Cocteau Twins). In this period, Tiersen also took his music out around the world, playing shows with a full orchestra and an amplified string quartet – a set-up captured on 2002’s electrifying live album C'etait ici. Tiersen then went on to create scores for the likes of Wolfgang Becker’s tragicomedy Good Bye Lenin! (2003) and Tabarly (2008), a documentary about the French sailor Éric Tabarly, who ate his final meal on Ushant before meeting a watery end in the Irish sea.
In 2010 he signed to Mute and released the first of a series of album with more of a band presentation. Dust Lane introduced synthesisers to his recordings, “I have always tried to incorporate vintage electronic sounds that I liked in my music but for the exception of the [early electronic keyboard] Ondes Martenot, it never happened until Dust Lane.” The Ken Thomas produced album Skyline (2011) followed, continuing his collaborative work with appearances from Ólavur Jákupsson, Peter Broderick and Efterklang, to name but a few and in 2014 he released Infinity (2014), an album that built upon toy piano recordings, electronically manipulated to provide a base for the rest of the instrumentation, “a constant back and forth from acoustic to electronic to electric to digital, back to analogue. Then all back the other way.”
2016 saw Tiersen’s first solo piano release, EUSA, a move into more minimalist contemporary sounds showing the continuation of Tiersen’s diversity. The album gave a musical map of Ushant, the island he has called home for the past several years, with electronically manipulated original field recordings of the natural sounds on the island creating subtle drone that runs throughout. This was followed in 2019 by ALL, recorded at his newly built studio on Ushant, an album that further explores our connection with nature, place and his love of language.
In 2019, he revisited some of his catalogue with a collection of 25 newly recorded tracks from throughout his career. Portrait featured collaborations with John Grant, Gruff Rhys from Super Furry Animals, Stephen O’Malley from Sunn O))), and Blonde Redhead.
Portrait gave Tiersen a chance to open a new chapter in his work with Kerber (2021), his most overtly electronic material to date. True to Tiersen’s nuanced and subtle approach, this isn’t a U-turn-like thumping piece of dance music but instead a beautifully textured, highly immersive and thoughtfully constructed electronic world to step inside of.
It is both an evolution of what has come before, as well as a new space to explore. On the new album, the piano is the source, but electronics are the environment that they exist within. Tiersen explains, “You may get this intuitive thinking of, ‘oh it's piano stuff’, but actually it's not. I worked on piano tracks to begin with but that's not the core of it, they are not important. The context is the most important thing - the piano was a precursor to create something for the electronics to work around.”