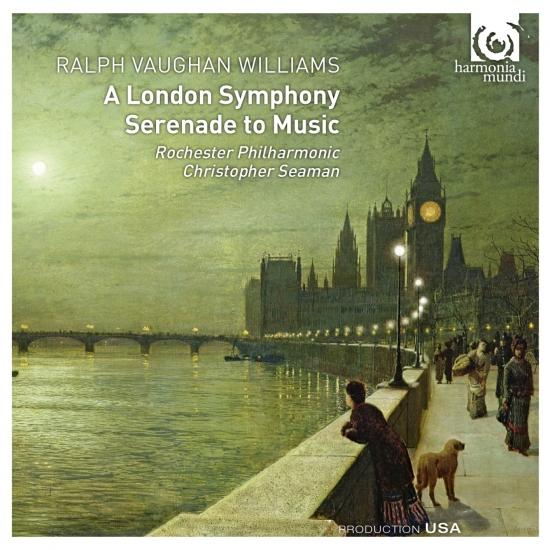 Info for Vaughan Williams: A London Symphony; Serenade to Music

As a young conductor I received a great deal of support and encouragement from Sir Adrian Boult, who had been a friend of Vaughan Williams and one of his favourite interpreters. He and his wife regularly listened to my BBC broadcasts and often wrote with comments and suggestions. One of my most treasured possessions is the following letter, written after a broadcast of “A London Symphony,” a work often associated with Boult himself.”
To mark the close of an outstanding 13-season tenure as Music Director of the Rochester Philharmonic, Christopher Seaman leads his orchestra in a programme of music which he holds especially dear: Vaughan Williams' ‘London' Symphony and the ‘Serenade to Music', the latter with singers from Mercury Opera Rochester. Henry Wood commissioned Vaughan Williams to compose the Serenade to be premiered at a concert marking Wood’s 50th anniversary on the podium. Vaughan Williams dedicated it to Sir Henry, “in grateful recognition of his services to music.”
This recording presents it in its original form – for 16 solo singers and orchestra, as Wood requested. In her biography of Vaughan Williams, his second wife, Ursula, recalled the period of the Serenade’s premiere, when Europe was once again teetering perilously on the brink of war. “But on that evening, in the Serenade,” she wrote, “night in the garden at Belmont laid its balm of starry words and moonlit music on the audience gathered to celebrate the man whose work had meant so much to musicians and public alike during the last 50 years.”
"[The London Symphony shows] careful attention to detail, rhythmic energy, scrupulous balance and a fine ear for the inner life of the more animated music and real poetry in inward-looking passages...The Serenade to Music is also most sensitively done...the whole performance is conveyed with enormous affection...Serious Vaughan Williams collectors will surely want to hear this admirable new recording" (International Record Review)
"The fruitful partnership here of British conductor Christopher Seaman and his American orchestra (after 13 years as music director Seaman is now Rochester Philharmonic's conductor laureate) offers much gleam, warmth and vitality, if not always the greatest subtlety." (The Observer)
Juliana Athayde, violin
Rochester Philharmonic Orchestra
Members of Mercury Opera Rochester
Christopher Seaman, condutor 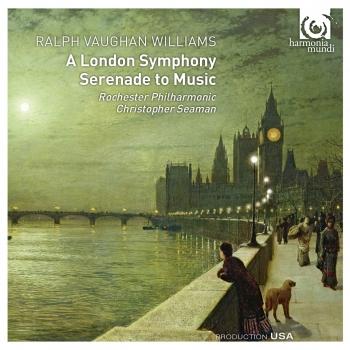 Booklet for Vaughan Williams: A London Symphony; Serenade to Music