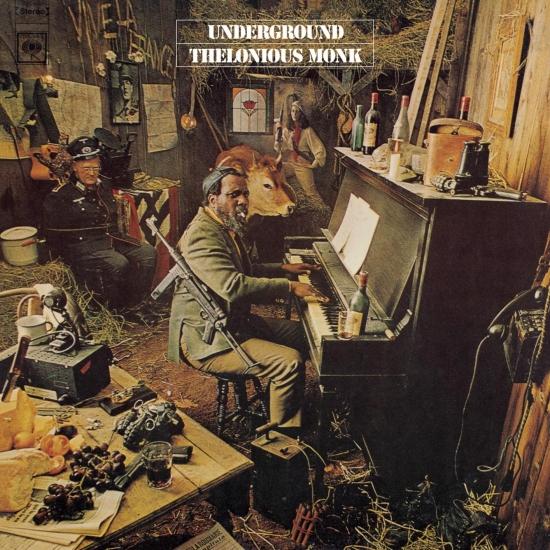 With the arrival Thelonious Sphere Monk, modern music—let alone modern culture--simply hasn’t been the same. Recognized as one of the most inventive pianists of any musical genre, Monk achieved a startlingly original sound that even his most devoted followers have been unable to successfully imitate. His musical vision was both ahead of its time and deeply rooted in tradition, spanning the entire history of the music from the “stride” masters of James P. Johnson and Willie “the Lion” Smith to the tonal freedom and kinetics of the “avant garde.” And he shares with Edward “Duke” Ellington the distinction of being one of the century’s greatest American composers. At the same time, his commitment to originality in all aspects of life—in fashion, in his creative use of language and economy of words, in his biting humor, even in the way he danced away from the piano—has led fans and detractors alike to call him “eccentric,” “mad” or even “taciturn.” Consequently, Monk has become perhaps the most talked about and least understood artist in the history of jazz.
„This release has long been considered Thelonious Monk's acknowledgement to the flourishing youth-oriented subculture from whence the collection takes its name. Certainly the Grammy-winning cover art -- which depicts Monk as a World War II French revolutionary toting an automatic weapon -- gave the establishment more than the brilliant swinging sounds in the grooves to consider. Underground became Monk's penultimate studio album, as well as the final release to feature the '60s quartet: Charlie Rouse (tenor sax), Ben Riley (drums), and Larry Gales (bass) behind Monk (piano). One of the motifs running throughout Monk's recording career is the revisitation of titles from his voluminous back catalog. The tradition continues with the autobiographical leadoff track, "Thelonious." The instantly recognizable stride piano lines are delivered with the same urgency and precision that they possessed over two decades earlier when he first recorded the track for Blue Note. The presence of Charlie Rouse throughout the album is certainly worth noting. "Ugly Beauty" best captures the sacred space and musical rapport that he and Monk shared. Each musician functions as an extension of the other, creating solos that weave synchronically as if performed by the same pair of hands. Newer material, such as the playful "Green Chimneys" -- named after the school Monk's daughter attended -- as well as the unbalanced hypnotism of "Raise Four," asserts the timelessness and relevance of Monk's brand of bop. The disc ends as it begins with a new twist on an old favorite. Jon Hendricks -- who provides lyrics and vocals on "In Walked Bud" -- recalls the hustle and bustle of the real and spontaneous underground Harlem jam sessions of the late '40s. It is likewise an apt bookend to this chapter in the professional life of Thelonious Monk.“ (Lindsay Planer, AMG)
strong>Thelonious Monk, piano
Charlie Rouse, tenor saxophone
Larry Gales, bass
Ben Riley, drums
Digitally remastered