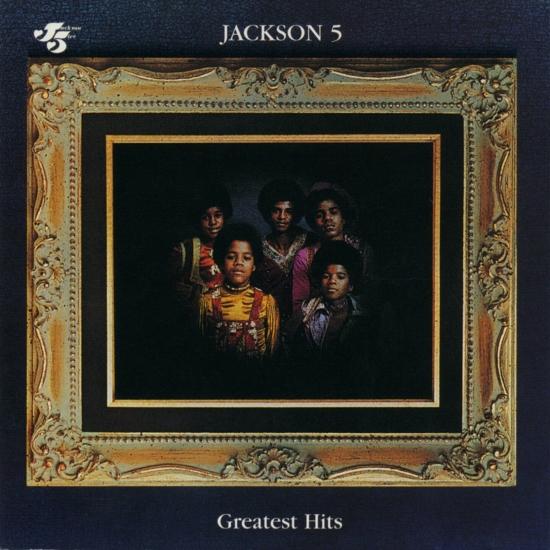 Greatest Hits is the first greatest hits compilation for the Jackson 5 released by Motown Records in late 1971, and selling over 5.6 million copies worldwide. The top 10 single "Sugar Daddy" is included as a new track alongside J5 hits such as "I Want You Back" and "I'll Be There".
The original release of the Jackson 5’s Greatest Hits LP in 1971 was cause for celebration, as it encapsulated an extraordinary 18-month strings of back-to-back-to-back-back-etc. Hits and was itself a hit souvenir of Jacksonmania. It featured eight smash records, led by the group’s phenomenal Motown debut, “I Want You Back,” plus two immensely popular B-sides – “I Found That Girl” and “Who’s Lovin’ You” – and something new: “Sugar Daddy,” a just-dropped single which went top 10 pop and no. 3 R&B it was then not available on any other J5 LP.
"You could hardly get hotter than Michael Jackson in the summer of 1983. Thriller was an almost permanent fixture in the Top 10, Off the Wall was also hovering somewhere in the charts every week, and he had even charted with a storybook telling of the tale of E.T. the Extra Terrestrial. Single after single was being released from Thriller, which was on its way to becoming the biggest selling album of all time and even though an album of old Motown material had been released only two years previously, the relatively new specialist TV advertising company, Telstar Records licensed all the hits from the '70s Motown days and put together an album of songs featuring both Michael Jackson as a solo artist and the Jackson 5 with, of course, Michael taking lead singing duties. They mixed it up quite nicely as Michael's solo hits tended to be ballads (although "Rockin Robin" was the one exception) and the group hits tender to be dance numbers ("I'll Be There" being their exception). The album opened with Michael's solo number one hit from 1980 reissued when Off the Wall was already underway, "One Day in Your Life," and then continued with every single one of the U.K. hits singles for both group and solo, only missing the Jackson 5's minor Christmas hit from 1972, a version of "Santa Claus Is Coming to Town." They even found a place for the minor hits, "Mama's Pearl" and "Never Can Say Goodbye" (although these were both much bigger in the U.S.) and "Skywriter" which was the group's final hit for Motown before a gap of four years to their Epic days as the Jacksons. They also found space for "Happy," the love theme from Lady Sings the Blues and "We're Almost There" which failed to hit the Top 40, and "We've Got a Good Thing Going," which hadn't been a hit at all except as a soft reggae cover recently by Sugar Minott. The album started selling slowly, but as the TV advertising kicked in, it was thought of as an ideal companion to Thriller, which almost everybody seemed to buying and 18 Greatest Hits surged up the charts all the way to number one for three weeks at the end of August. At the time, Telstar released the album on vinyl and cassette only, CD being too new a format for a specialist company, although it did receive a belated release on CD, back on the Tamla Motown label itself several years later." (Sharon Mawer, AMG)
Michael Jackson, vocals
Jackie Jackson, vocals
Tito Jackson, vocals
Jermaine Jackson, vocals
Marlon Jackson, vocals
Digitally remastered