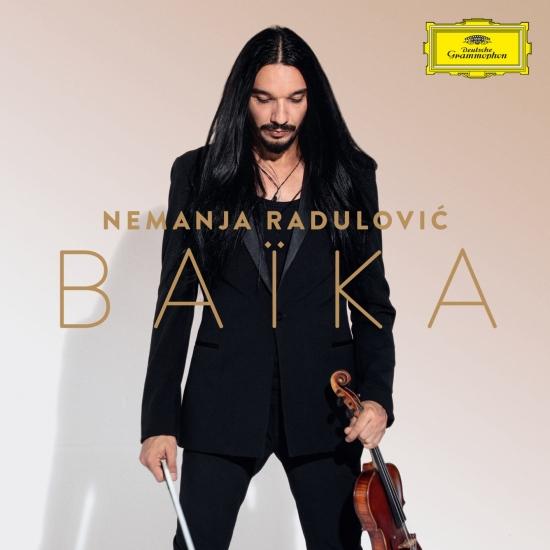 After his exciting journey into the musical tradition of Eastern Europe with his album Journey East, the Baroque sound-scapes of Bach and the Russian melodies of Tchaikovsky, the Franco-Serbian violinist Nemanja Radulović now embarks on a musical journey through the Orient – from Armenian reality to Persic daydream. Each of the selected works featured on Baïka – the French transliteration of the Serbian word bajka meaning “tale”, tells its own story, sometimes in the form of a fairytale, and, when recorded together, they form a veritable narrative.
If Nemanja Radulović has elected to call his new album Baïka – the French transliteration of the Serbian word bajka meaning “tale” – it is not only because each of the works that he has selected tells its own story, sometimes in the form of a fairytale, but also because, when recorded together, they form a veritable narrative. Also, the genesis of this album is a story unto itself. The idea behind this new release was conceived during the first tour that the Franco- Serbian violinist undertook with Sascha Goetzel and the Borusan Istanbul Philharmonic Orchestra. Each evening, after performing Bruch with them during the first part of the concert, he would go and sit in the auditorium and listen to the second part of the evening, which comprised Scheherazade by Rimsky-Korsakov. Listening repeatedly to a work that he has always loved allowed him to savour its narrative appeal as well as appreciate the importance of the solo violin part. The seed of an idea was sown and on his return home from the tour, he turned to his friend, the composer Aleksandar Sedlar, and asked him to write a version of Scheherazade for solo violin and his ensemble Double Sens. The result is a suite that takes up the main themes from Rimsky-Korsakov’s score and that is written in the tradition of the bravura works for virtuoso violin from the end of the 19th century, including those by Sarasate and Wieniawski. For the present piece, Nemanja Radulović himself supervised the arrangement of the violin part. He specifically wanted to record it with Double Sens, which this year celebrates its tenth anniversary. Together, they are in the habit of revisiting the major works of the classical repertoire by transcribing them for their own resources and in that way bringing a personal touch to the pieces in question. In parallel Nemanja Radulović has been making recordings with the Borusan Istanbul Philharmonic Orchestra under Sascha Goetzel. Their first release was devoted to Tchaikovsky’s Violin Concerto, after which the artists all gathered in Istanbul to record Khachaturian’s Violin Concerto. Whereas Scheherazade is based on an imaginary Orient inspired by the Arabian Nights, Khachaturian’s Concerto was written during the Soviet era and rewarded with the Stalin Prize in 1941. Even so, its rhythmic language and the melodies in its more lyrical sections take us back to the composer’s Armenian roots. Both works are also linked by their contrastive conjurations of a certain vision of the Orient, and it was this, too, that encouraged Nemanja Radulović to make a recording with Sascha Goetzel and the Borusan Philharmonic Orchestra in Istanbul: this music literally courses through their veins, and they have the ideal sound for this repertoire. Among Khachaturian’s works, Nemanja Radulović is particularly fond of the “Sabre Dance”, which features in his album Journey East, but he also likes the Trio for Clarinet, Violin and Piano. There are obvious links between this work and the concerto inasmuch as the clarinet also occupies a prominent position at the heart of the Violin Concerto. In making this recording, Nemanja Radulović has called on the services not only of Sascha Goetzel and Double Sens but also of two other colleagues with whom he likes to appear onstage, namely, the clarinettist Andreas Ottensamer and the pianist Laure Favre-Kahn. To complete this release Nemanja Radulović has also elected to appeal to Aleksandar Sedlar not just as an arranger but as a composer in his own right. Together they have chosen a work by the Serbian composer that conjures up the shores of the Black Sea rather than those of the Mediterranean. Savcho 3 is a transcription of a movement from Sedlar’s Saxophone Concerto. Arranged here for Nemanja Radulović’s violin and Double Sens, it is dominated by festive, traditional melodies. We may be able to detect subtle links being forged between these works and the interpreters of what might otherwise resemble a jigsaw puzzle or a musical tale. Nemanja Radulović’s violin enters into a dialogue first with a symphony orchestra and then with a string ensemble accompanied by a piano, which is itself a member of the album’s chamber-music forces, where it is accompanied by the clarinet – an instrument that is central to the orchestra used in the concerto. Geographically speaking, one journey is superimposed upon another: first, that of the recording, of Berlin (the Trio), then Belgrade (for the works by Rimsky-Korsakov and Sedlar with Double Sens) and finally Istanbul (for the concerto); then that of the musical evocations: Khachaturian’s Armenia, the Baghdad that was dreamt up by Rimsky-Korsakov, and the shores of the Black Sea in Sedlar’s piece. These works constitute a kind of portrait of an Orient whose centre of gravity is arguably Istanbul, the nodal point in the fabric of these works and that of their interpreters, just as Istanbul stands at the crossroads of Europe and Asia.
Nemanja Radulovic, violin 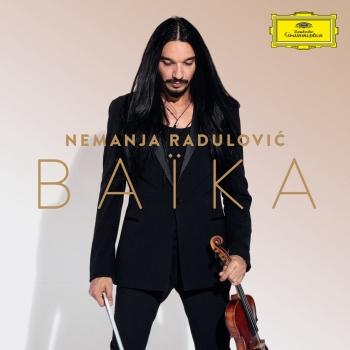 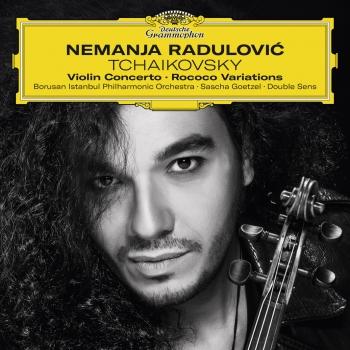 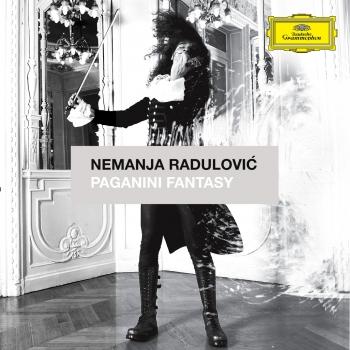 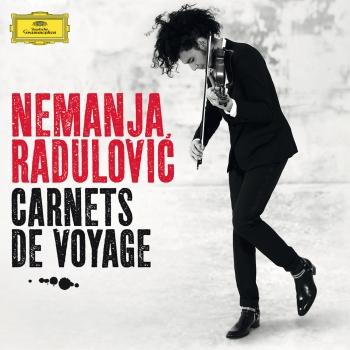 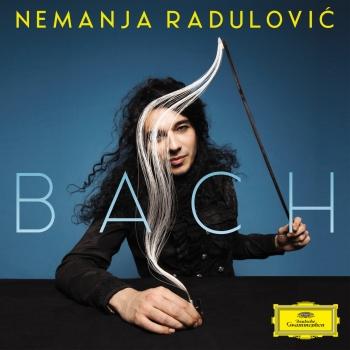 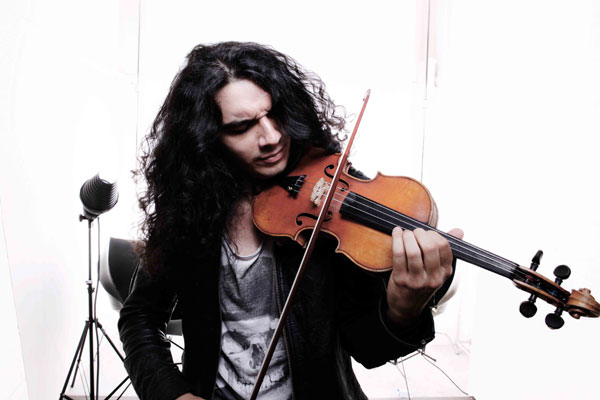 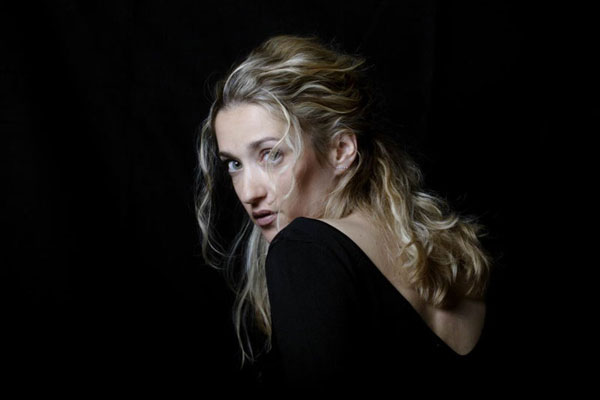 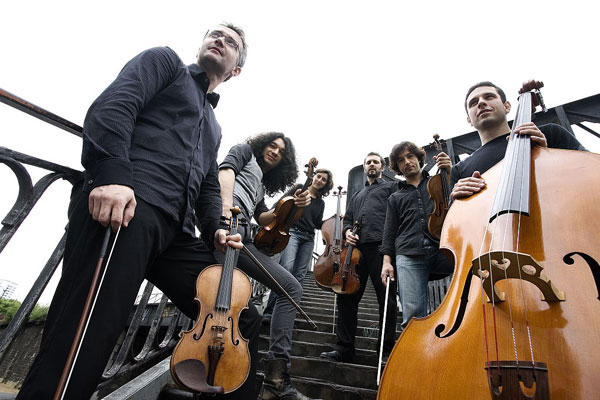 Nemanja Radulovic
At 25, with his performances and his recordings, Nemanja Radulovic frankly addresses to young music lovers.
The "5 seasons" album is his 5th one. Most of his recordings have been on top of sales and international downloading platforms and were acclaimed by the press worldwide: 'Diapason Découverte', 'Choc' by Classica, Res Musica's 'Clé', Recommended by the Strad, Pizzicato's Supersonic etc.
- Bach, Miletic, Paganini, Ysaÿe (solo) for Transart Live label, - Both Mendelssohn's violin and orchestra Concertos, recorded with the Prague Chamber Orchestra for Transart Live label, - The Devil's Trills (Kreisler, Sarasate, Schubert, Wieniawski, Tartini) recorded with his Ensemble 'The Devil's Trills' for the labels Artact-Decca/Universal. - A Beethoven recital (Violin and piano Sonatas n°5, 7, 8) recorded with Susan Manoff for the labels Artact-Decca/Universal. - The "5 seasons" recording of Vivaldi's Four Seasons, with the 'Double Sens' Ensemble, and of Sedlar's new work 'Spring in Japan' with 'The Devil's Trills' ensemble for the labels Artact-Decca/Universal.
He was recognized as the 'International Revelation of the Year' at the Victoires de la Musique (European Association of Artist Managers, MIDEM prize), was nominated as 'Rising Star' and then plays in the most important European concert halls: the Concertgebouw in Amsterdam, the Megaron in Athens, the Cité de la Musique in Paris, the Palais des Beaux-Arts in Brussels, the Philharmonie of Cologne, as well as at the Carnegie Hall. In 2006, he replaced off the cuff Maxim Vengerov in the Beethoven Concerto, Salle Pleyel, with the Philharmonic Orchestra of Radio France conducted by Myung-Whun Chung.
He then performs with the greatest orchestras in Europe, Asia and America : Tokyo Symphony Orchestra, Barcelona Symphony Orchestra, Montreal Symphony Orchestra, Symphony Orchestra of Rio, Orchestre Philharmonique de Radio France, Hong Kong Sinfonietta, Orchestra Sinfonica di Roma, Tchaikovsky Symphony Orchestra, Prague Chamber Orchestra, Sinfonia Varsovia, Nürnberger Symphoniker, NDR Symphony Orchestra of Hamburg, Orchestra Philharmonic of Ukraine, Orchestre National de Belgique, WDR Symphony Orchestra of Köln, Zürich Tonhalle Orchestra, Barcelona Symphony Orchestra, Tchaikovsky Symphony Orchestra, Madrid RTVE Orchestra, Tenerife Orchestra, Teatro Colon in Buenos Aires, Turin RAI Orchestra, London Royal Philharmonic Orchestra, Tokyo Philharmonic Orchestra etc.
Since his appearance at the Festival de La Chaise-Dieu in France in 2002, Nemanja Radulovic has taken part in the most famous music festivals : Aix-les-Bains Festival, Flâneries Musicales de Reims, Nuits Musicales du Suquet, Colmar Festival, Sisteron Festival, Auvers-sur-Oise Festival, Royan 'Le Violon sur le Sable' Festival, Eygalières, Münster Festival, Belgrade Festival, Verbier Festival etc.
He gives regular recitals with Marielle Nordmann, Susan Manoff, Dominique Plancade, Laure Favre-Kahn, Anne Gastinel as well as with his ensembles 'The Devil's Trills' and 'Double Sens'.
Nemanja Radulovic won many international prizes: Hanover, George Enescu Competition in Bucharest, Antonio Stradivari Competition in Cremona, Yehudi Menuhin Competition in Boulogne-sur-Mer, Wieniawski-Lipinski Competition in Poland...
Born in Serbia in 1985, Nemanja Radulovic has begun his musical studies in 1992 and won the Prize of October for music of the City of Belgrade in 1996, then the Special Prize of the ministry of Education of the Serbian Republic 'Talent of the year 1997'. He has taken part in master classes given by Yehudi Menuhin, Salvatore Accardo, and Joshua Epstein, with whom he studied in 1998 at the Saarlandes Hochschule für Musik und Theater in Saarbrücken, and Dejan Mihailovic, whose class he joined in 1999 at the Faculty of Arts and Music in Belgrade. At the age of fourteen, he moved to France and perfected with Patrice Fontanarosa at the CNSMD of Paris.