We Are One (Remastered) Mandrill 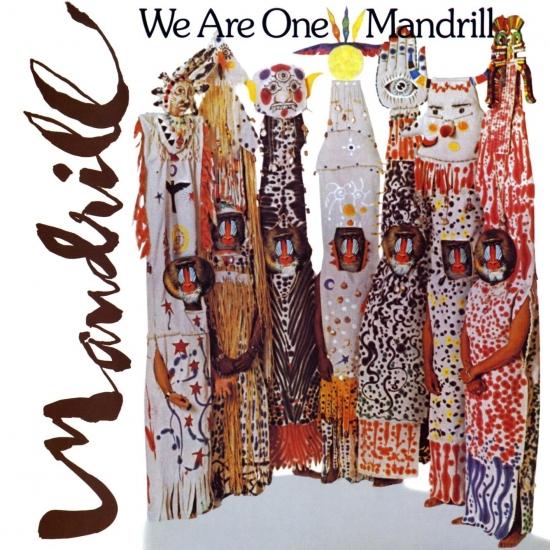 Info for We Are One (Remastered)

Digitally remastered edition of this 1977 album from the New York-based Funk band. If any band encapsulated the essence of Funk's pan ethnic mind expanding journey across Africa's musical Diaspora it was Mandrill. Created in Panama and raised in Brooklyn New York, Mandrill's We Are One was their first album for Clive Davis' legendary Arista label. Originally released in 1977 We Are One contains two classic slices of Funk 'Can You Get It (Suzie Caesar)' and 'Funky Monkey'. on this Robinsongs reissue you also get the 7" versions of these two cuts as bonus tracks. The album also features 'Happy Beat' and the single 'Holiday'.
„In 1977 Mandrill showed signs of having listened to fusion and had more or less left the Latin rock behind. The African influences were also granted less room on their records, and if they still stuck out from the bulk of funk bands, the gap was slowly closing. We Are One starts with the two dance hits "Can You Get It" and "Funky Monkey," complete with inspired monkey screams. These are maybe the strongest tracks on the album, with great percussion work, fat basslines, and building horns. And ironically, in being just excellent funk numbers, they are also proof of Mandrill losing some of the creativity that made them different from most other funk bands. But if it is true that one won't find rumbling African drums or musical journeys through all Afro-American musical styles on this album, the rest of the songs do offer a banjo-esque guitar, a harmonica solo, and some distorted rock riffs, all uncommon in late-'70s funk. And even if some of the songs are a little tired, a tired Mandrill is more than just a another band trying to sound like Parliament.“ (Lars Lovén, AMG)
Carlos Wilson, vocals, guitar, flute, harmonica, saxophone, trombone, timbales, percussion
Juaquin Jessup, vocals, guitar, percussion
Ric Wilson, vocals, saxophone, percussion
Lou Wilson, vocals, trumpet, congas, percussion
Claude Cave, vocals, piano, Clavinet, organ, synthesizer, vibraphone
Neftali Santiago, vocals, drums, percussion
Wilfredo Wilson, vocals, congas, percussion
Recorded at Kendun Recorders, Burbank, CA. and Studio 55, Hollywood. Mixed at Sound Ideas, New York
Produced by Jeff Lane
Digitally remastered