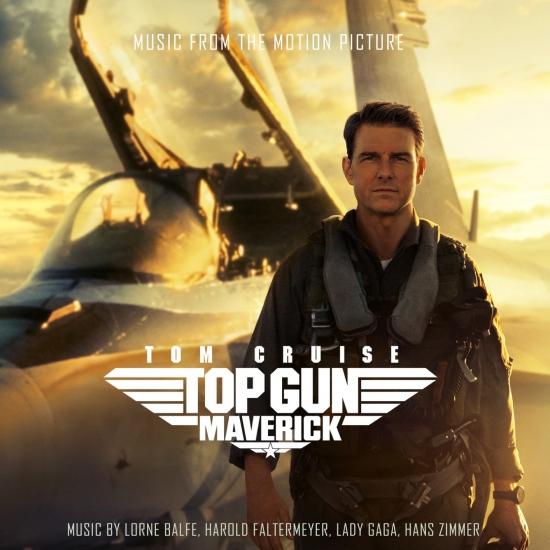 Info for Top Gun: Maverick (Music From The Motion Picture)

The original Top Gun film has achieved iconic status for a number of reasons, and one of those is unquestionably its soundtrack – with Berlin's track Take My Breath Away winning the Academy Award for Best Original Song in 1987 and becoming a mega-hit in its own right.
A total of 36 years on from that first film – and three years later than originally intended – sequel Top Gun: Maverick is arriving in cinemas this month, and once again it looks like music will play a major role.
This time it's Lady Gaga who has provided the main theme for the film in the shape of brand new song Hold My Hand, which was released in early May 2022 ahead of the film's debut.
And that track isn't Gaga's only involvement in the film – the pop superstar has also composed the score alongside Hans Zimmer, Lorne Balfe, and Harold Faltermeyer.
The soundtrack also includes a combination of other new tracks such as OneRepublic's I Ain't Worried and familiar recordings from the previous film like Kenny Loggins' Danger Zone, in addition to a live version of the classic Jerry Lee Lewis hit Great Balls of Fire performed by cast member Miles Teller.
Speaking about the soundtrack – which will be released simultaneously with the film on Friday 27th May – producer Jerry Bruckheimer said: "This album continues the musical legacy that the original Top Gun ignited back in 1986.
"We are so thrilled to have Lady Gaga and OneRepublic lend their artistry towards putting a modern spin on the already iconic 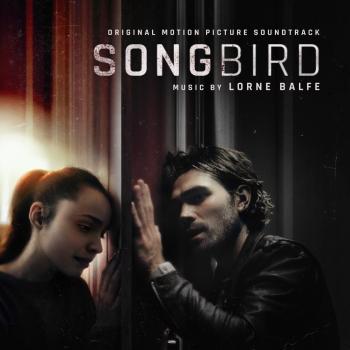 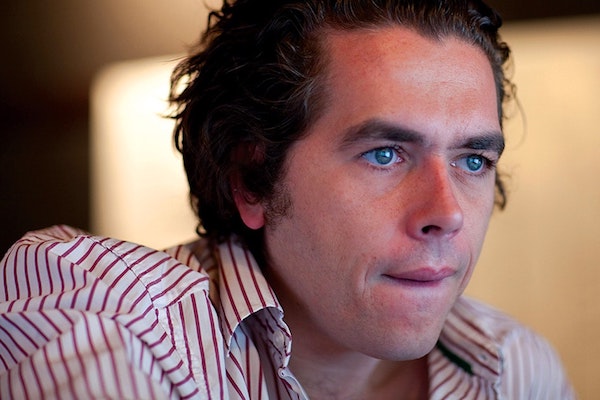 Lorne Balfe
[MISSION IMPOSSIBLE: FALLOUT, THE LEGO BATMAN MOVIE] is a Grammy Award-winning, EMMY and BAFTA nominated composer. Whether on an impossible mission, the heartbreak of the Queen, the perils of the cape crusade or the soul of a genius, Lorne Balfe creates a musical voice that reflects the characters and the stories that embody them. Originally from Inverness, Scotland, Balfe has created music in virtually all genres and for all visual media with projects ranging from major studio to independent films, tent pole video game franchises, beloved animated feature films, critically acclaimed television series, and documentary features. Some of his latest projects include the TV Mini-Series THE CRY (BBC One), AD ASTRA (Twentieth Century Fox), which he co-scored with composer Max Richter, Ang Lee’s GEMINI MAN (Paramount Pictures), HBO’s upcoming HIS DARK MATERIALS, as well as Director/Producer Michael Bay’s SIX UNDERGROUND (Netflix), and BAD BOYS FOR LIFE (Columbia Pictures).
Lorne Balfe consistently receives accolades for his musical compositions. He recently received critical-acclaim for his score in the most successful film of the Mission Impossible franchise, Writer/Director Christopher McQuarrie’s MISSION IMPOSSIBLE: FALLOUT (Paramount Pictures). In 2017, Balfe was awarded an Emmy-nomination for “Outstanding Main Title theme” for GENIUS (National Geographic), the Ron Howard produced scripted TV series about Albert Einstein; this year he created a new musical-voice for GENIUS: Picasso about Pablo Picasso. His “Picasso Suite” from the series premiered in Picasso’s birthplace, Malaga, Spain by the Malaga Symphony Orchestra at the world-renowned Malaga Film Music Festival.
Other notable film and TV projects include THE CROWN (Netflix), THE LEGO BATMAN MOVIE (Warner Bros.), the Oscar nominated film THE FLORIDA PROJECT (A24), TERMINATOR GENISYS (Paramount Pictures), PACIFIC RIM: UPRISING, and 13 HOURS: THE SECRET SOLDIERS OF BENGHAZI (Paramount Pictures). He also served as score producer for DUNKIRK (Warner Bros).
Lorne Balfe’s big break came when he scored his first major feature film, MEGAMIND. Within a year, he expanded his scoring talents into video games, co-composing - ASSASSIN’S CREED: REVELATIONS, which received a BAFTA nomination for Best Original Music. His video game credits now include CRYSIS 2, four titles in the SKYLANDERS series (SPYRO’S ADVENTURE, GIANTS, SWAP FORCE, and TRAP TEAM), ASSASSIN’S CREED III, ASSASIN’S CREED III: THE TYRANNY OF KING WASHINGTON, CALL OF DUTY: MODERN WARFARE 2, and BEYOND: TWO SOULS.
Lorne Balfe continues to expand his repertoire in all visual media including the animated features HOME and PENGUINS OF MADAGASCAR, based on the beloved British TV series, THE SWEENEY, acclaimed documentaries MANNY (about the life of Manny Pacquiao), SALINGER (about JD Salinger) and THE LAST MAN ON THE MOON (Apollo astronaut Gene Cernan). As a score producer, Balfe was awarded a Grammy in 2009 for Christopher Nolan’s THE DARK KNIGHT (Warner Bros). In 2012, Lorne Balfe earned his first EMMY nomination for the mini-series RESTLESS.