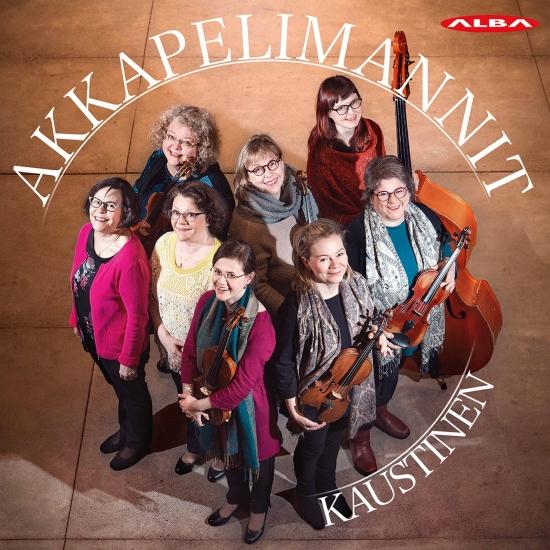 In the early 1980s, the folk groups in Kaustinen (the folk music center of Finland) were still very male-dominated. Fed up by this, violinist Kreeta-Maria Kentala asked her friends to join a female folk music group, the first of its kind. Akkapelimannit (Female Folk Musicians, akka meaning a mature, married woman) was born! The new album is a cross-section of repertoire accumulated over the years, including compositions by members of the band and their relatives. The works of Konsta Jylhä and Wiljami Niittykoski, folk music composers of Kaustinen, have always been one of the most beloved pieces of Akkapelimannit. The songs of the Kaustinen tradition, the traditional greeting in the beginning and the traditional multi-part wedding dances, “purppuris”, have been combined into medleys. The attraction of Kaustinen music holds its ground for decades. The dance-like accompaniment of the harmonium and bass carries a strong musical story forward with violinists decorating the gentle curves of the melody. Thoughts fly with music to the summer scenery of a river valley: the rushes of Mosala rapids, wide field openings, daisy bushes, and swallows soaring high. All members of Akkapelimannit are musicians from Kaustinen, Finland: Minna Järvelä teaches violinists at the Lahti Conservatoire, Jaana Virkkala teaches music to teacher students at the University of Jyväskylä, Kaija Saarikettu is a professor of violin music at the Sibelius Academy, Maria Pulakka and Leenakaisa Sandberg are violinists of the Ostrobothnian Chamber Orchestra and Kreeta-Maria Kentala is a freelancer baroque violinist. Merja Wirkkala has done her life's work as a soloist and cantor at the National Opera of Finland, and Kaarina Nisonen works as a pianist and accompanist at the Conservatory of Central Ostrobothnia. All these musicians have spent their childhood in Kaustinen playing music and singing, and each of them had their first big musical experiences in folk music.
"The album is a good introduction to the gamut of music from Kaustinen, its history and the local humour. Even the playing styles of individual villages are discernible." (Amanda Kauranne)
Akkapelimannit 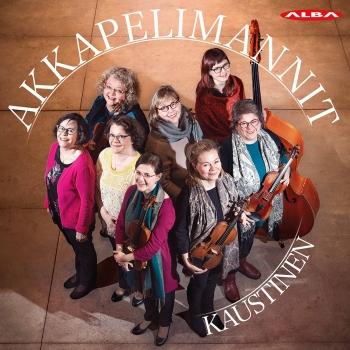