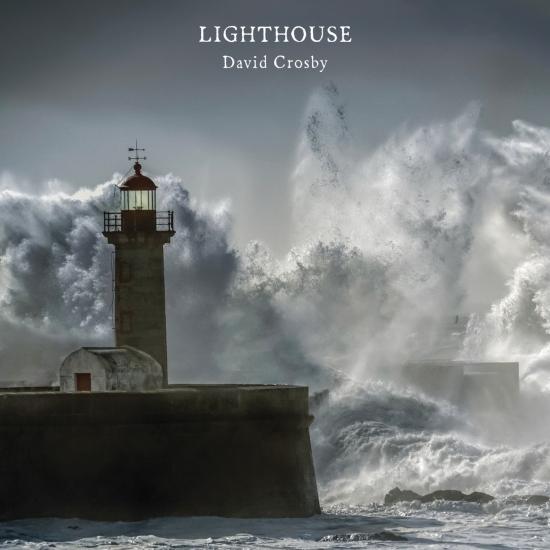 Lighthouse is the new album from music icon David Crosby. The lighthouse image relates to Crosby’s deep love for the ocean—he has been an avid sailor since he was a child in Santa Barbara, and the sea has been a major muse in his song writing for decades (Wooden Ships, The Lee Shore, Carry Me are examples). But Crosby is not just a member of the aging baby boomers, beats and hippies. He remains- despite his age- a revered and respected musician to a host of young, alternative folk, rock and jazz musicians (ex: Bon Iver, Fleet Foxes, Iron and Wine, The National, Beirut, James Blake, Sufjan Stevens).
While there were 20 years between the 74-year-old David Crosby’s last solo album, 2014’s Croz, and its predecessor It's All Coming Back To Me Now..., Lighthouse arrives with what must be seen as exceptional speed. It’s also, despite being recorded at Jackson Browne’s studio (like Croz) and one co-write with singer-songwriter Mark Cohn, an album more dialled-in to today than Croz due to Snarky Puppy’s leader Michael League being on board as producer and main co-writer. Venerable figures like Mark Knopfler, Wynton Marsalis and Leland Sklar are absent. But there is a lot of Crosby himself. More than on any album he has previously made.
Collaborating with a jazz musician is no surprise. Crosby’s 1971 first solo album If I Could Only Remember My Name was defined by its jazzy tonal shifts as much as its drifting atmosphere. With Lighthouse, Crosby and League have clearly looked back to that debut: the floating mood, glistening guitar, close-miked voice and multi-tracked chorale evoke much of the solo debut. The crucial difference lies in the directness of the songs themselves.
Lighthouse lays familiarly impressionistic lyrics over nine straightforwardly structured short songs (nothing over four and three-quarter minutes). “Drive Out to the Desert” threatens to drift off into the blissed-out but instead returns to its main guitar and vocal refrain. The same with the clipped yet snappy “Paint You a Picture”. Although Crosby’s voice is not as flexible as it was, Lighthouse is defined by a sparseness foregrounding each of the elements that make it a whole, the most notable of which are Crosby’s chiming guitar and reflective voice. Not a classic but, like Croz, a tender restatement of what makes David Crosby unique.
David Crosby, vocals, acoustic guitar
Michael League, vocals, bass, acoustic guitar
Becca Stevens, vocals
Cory Henry, organ
Bill Laurence, piano
Michelle Willis, vocals 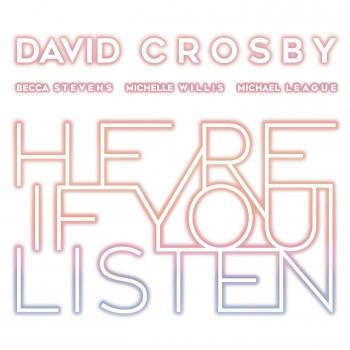 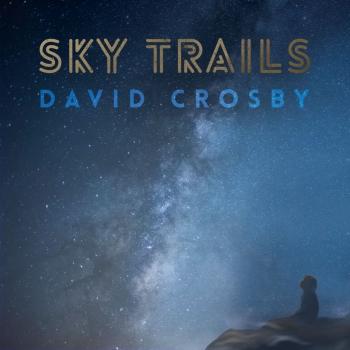 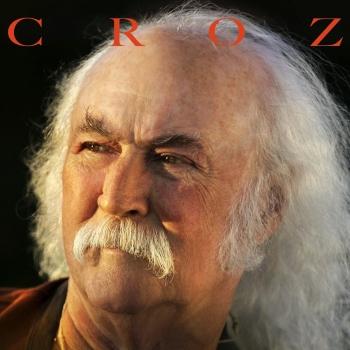 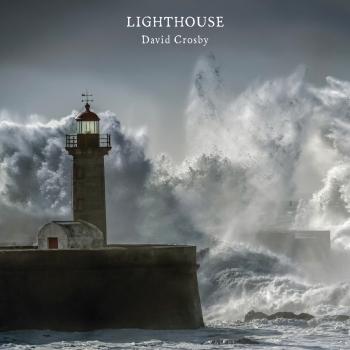 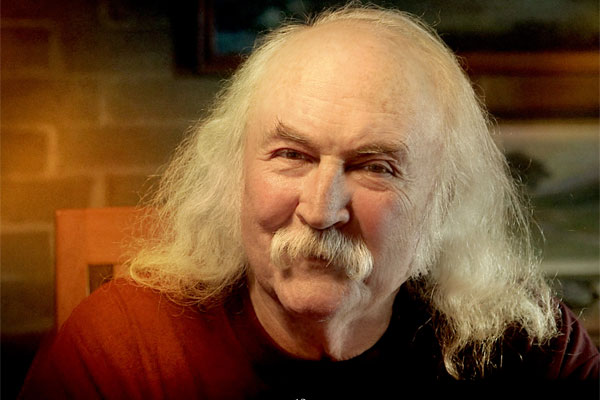