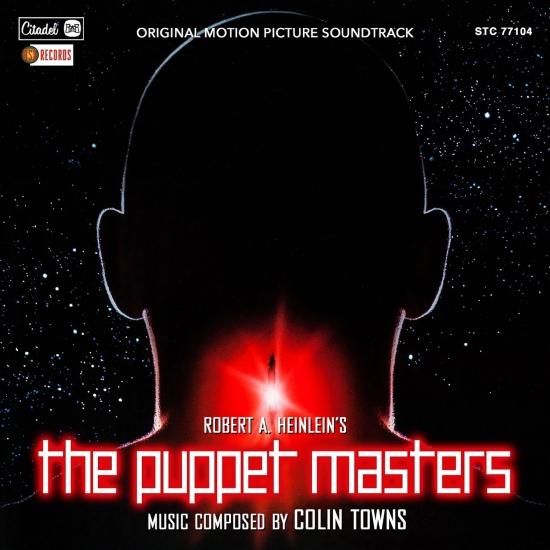 The Puppet Masters is a 1994 science fiction film, adapted by Ted Elliott, Terry Rossio and David S. Goyer from Robert A. Heinlein's 1951 novel of the same title, in which a trio of American government agents attempts to thwart a covert invasion of Earth by mind-controlling alien parasites. The film was directed by Stuart Orme and stars Donald Sutherland, Eric Thal, Keith David, Julie Warner and Andrew Robinson.
"The Puppet Masters eschews the sledgehammer electronics epidemic throughout mid-'90s sci-fi scoring in favor of old-fashioned virtues like mood and atmosphere -- a most welcome break from the norm. Colin Towns' vividly alien soundscapes perfectly complement the genre in question, conjuring mystery and suspense from a minimum of creative elements -- not a note or instrument is superfluous. What's particularly impressive about The Puppet Masters is its obvious respect for the listener's intelligence -- instead of bludgeoning it interacts, posing more questions than answers and inspiring the imagination to fill in the blanks." Jason Ankeny, AMG)
The London Filmworks Orchestra
Allan Wilson, conductor 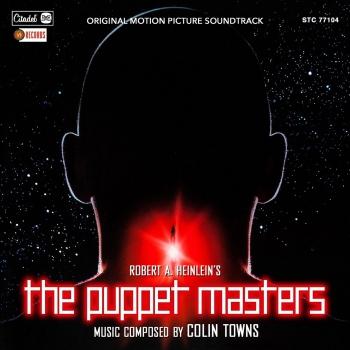 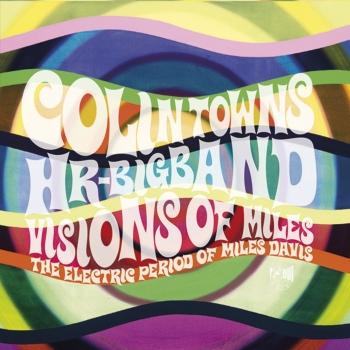 Visions of Miles - The Electric Period of Miles Davis