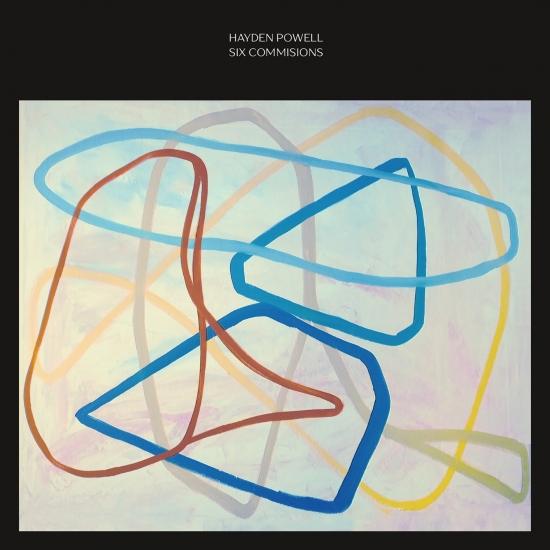 Six Commissions is the fourth album from trumpeter Hayden Powell and his trio featuring Eyolf Dale on piano and Jo Skaansar on bass. The album includes compositions by six different musicians and composers as well as free improvisations by the trio.
The album’s opening tune Junior Days was composed by the superb Norwegian bassist and band leader Mats Eilertsen. Two distinct Scandinavian saxophonists have contributed to the album. Swedish Per “Texas” Johansson, a long-time favourite of Hayden’s, wrote the tune Här börjar regnbågen, while Norwegian Espen Reinertsen composed the minimalist Vent på mitt signal, challenging the trio to venture outside their comfort zone. Powell’s connection with Natacha Atlas’ band led to the commissioning of Fagr Shaami, a joint effort by Atlas and her musical director, British-Egyptian violinist Samy Bishai. Hayden has also played (and recorded for ECM) with Finnish pianist and harpist Iro Haarla, who composed Ruler of All Things. Finally, Erlend Skomsvoll, one of Norway’s most prolific composers and pianists and an early influence on Powell, provided the album’s closing tune Enn dét.
«In our corner of the musical world it’s most usual to write one’s own music. This time we decided instead to ask our favourite composers and musicians to write for us. Most of the composers selected are musicians I’ve worked with before. They were all given complete freedom to write in their own style and to reinvent what our trio might sound like. Upon receiving the scores I was intrigued by how clearly the personal style of each composer shone through, making this an album we could not have made on our own».
Hayden Powell, trumpet
Eyolf Dale, piano
Jo Skaansar, double bass
Recorded by Eyolf Dale between August 2017 and February 2018 at Wolf Valley Studios, Oslo
Mixed by August Wanngren at Virkeligheden, Copenhagen
Mastered by Morgan Nicolaysen at Propeller Mastering, Oslo Produced by Hayden Powell