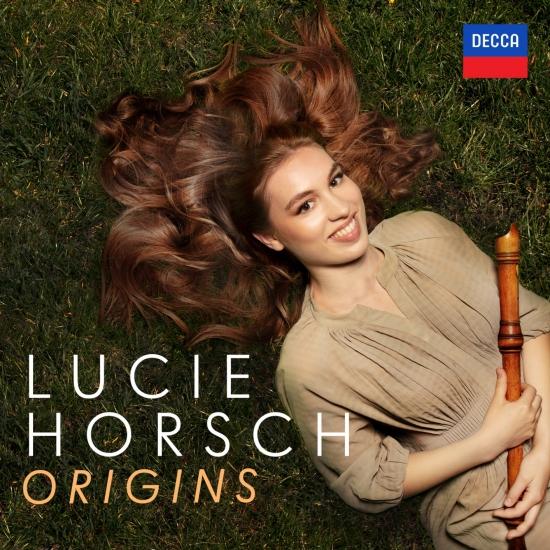 From Charlie Parker to Piazzolla: the recorder as you've never heard it before! Lucie Horsch's new album 'Origins' is a collection of music rooted in folk cultures from all around the world, personally sourced and curated by Lucie, presented here in newly commissioned arrangements and transcriptions for the recorder. The tracks feature a variety of supporting musicians, including the trailblazing genre-bending collective Fuse Ensemble, a quintet from the GRAMMY Award-winning Dutch orchestra LUDWIG; acclaimed Scottish guitarist Sean Shibe; bandoneonist Carel Kraayenhof and Kora player Bao Sissoko.
Lucie Horsch, recorder 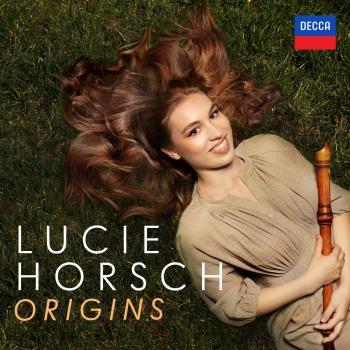 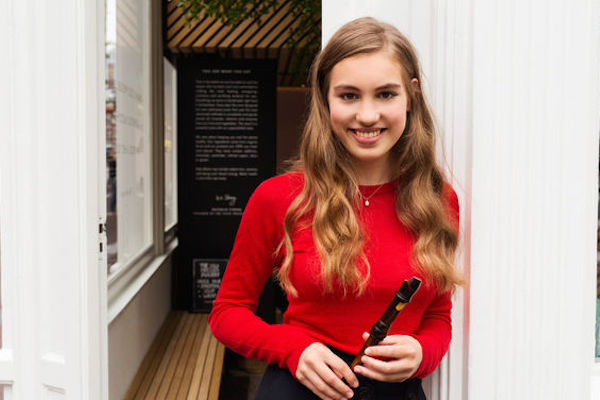 Lucie Horsch
Seventeen-year-old Lucie Horsch is one of the most remarkable musical talents of her generation, and already in great demand as a solo recorder player both in her native Netherlands and internationally.
Lucie’s remarkable talent has been widely recognised. At the age of nine, her televised performance of Brahms’ Hungarian Dance No 5 at a popular concert on the Prinsengracht canal under conductor Jurjen Hempel caused something of a national sensation. In 2014, she was chosen to represent Holland in the Eurovision Young Musician contest, performing Vivaldi’s Concerto per flautino (RV 443) in the final. As a result of her appearance, she was invited to perform in the Norsjø Chamber Music Festival in Norway and with the Manitoba Chamber Orchestra in Canada.
She has also performed at the Early Music Festival in Innsbruck, Austria, the Next Generation Festival in Bad Ragaz, Switzerland, the Grachtenfestival Amsterdam, the International Chambermusic Festival Utrecht, the International Organ Festival Haarlem and the Flanders Festival in Ghent. In 2016 she won the prestigious Concertgebouw Young Talent Award, which she was given in the presence of Sir John Eliot Gardiner.
Lucie was also chosen to perform in the televised farewell concert for the former Queen Beatrix, appearing as a soloist with the Netherlands Wind Ensemble.
Lucie is the daughter of professional cellists Gregor Horsch and Pascale Went (the former is principal cellist of the Royal Concertgebouw Orchestra). At the age of five, she began to study the recorder with Rob Beek at the Muziekschool van Amsterdam. In 2011, after winning several important youth competitions, she was taken on as a student at the prestigious Sweelinck Academie at the Amsterdam Conservatorium, where she is now a regular student. With these studies she continues an important tradition of Dutch recorder playing once started with Frans Brüggen, one of the most acclaimed recorder players of the twentieth century and continued and developed by Lucie’s present teacher Walter van Hauwe.
Also a talented pianist, she first studied with Marjes Benoist at the Sweelinck Academie and is now a regular student with Jan Wijn at the Conservatorium of Amsterdam. She was a member of the National Children’s Choir for seven years, performing with conductors such as Sir Simon Rattle, Mariss Jansons and Jaap van Zweden.
Lucie is signed to the Decca Classics label. Her debut disc contains concertos and transcriptions of works by Vivaldi, a composer with whom Lucie feels a particular affinity.
Passionately eager to break down preconceptions about the instrument, Lucie is proud to be an ambassador for the recorder. She is also keen to experiment and push boundaries: she also performs contemporary repertoire and equally loves jazz and pop music. Lucie plays on recorders built by Fred Morgan, Doris Kulossa, Stephan Blezinger and Seiji Shirao, which she acquired with the generous support of the Prins Bernhard Foundation. She also gratefully uses a specially designed tenor flute from Tokyo.