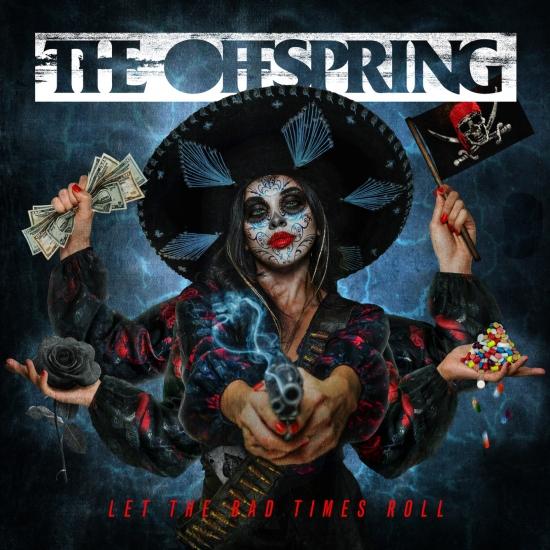 After more than 10 years of silence, the legendary punk band has released the new album "Let The Bad Times Roll".
Written and recorded over the past few years, Let The Bad Times Roll marks the band’s third collaboration with legendary producer, Bob Rock (Bon Jovi, Metallica, Mötley Crüe), who helmed 2008’s Rise and Fall, Rage and Grace, and Days Go By, among other projects. The recording features the talents of founding members Holland, Noodles, and drummer Pete Parada, as well as the group’s latest addition, bassist Todd Morse.
Late last year, as The Offspring released a cover of Darlene Love’s classic holiday tune, “Christmas (Baby Please Come Home),” they hinted at forthcoming projects, telling fans that the single was “the tip of the iceberg” for what was ahead in 2021.
Let The Bad Times Roll marks the band’s follow-up to Days Go By, which featured such singles as “Turning into You,” “Cruising California (Bumpin’ in My Trunk),” and “Days Go By.” The album debuted at No.12 on the Billboard 200, and hit the Top Ten in Australia, Canada, and Japan, among other territories.
Let The Bad Times Roll won’t find the band shying away from topical material – and it certainly won’t find the band abandoning their cheeky, punk-rock roots.
Commenting on the single, which was written in late 2019, frontman and lyricist Dexter Holland said, “I feel like we’re in a unique period in history where instead of our world leaders saying ‘we’re doing our best’ it’s more like they’re saying ‘f__k it’ and its really scary.”
Guitarist Noodles added, “Folks are saying, if it’s all going to Hell, we might as well make the most out of it, or at least go out swinging. ‘Let The Bad Times Roll!’”
The Offspring 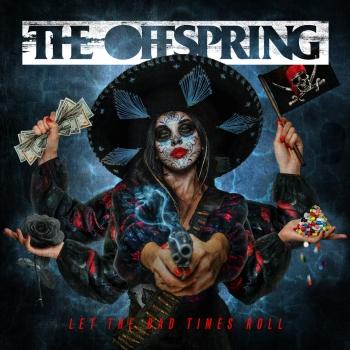 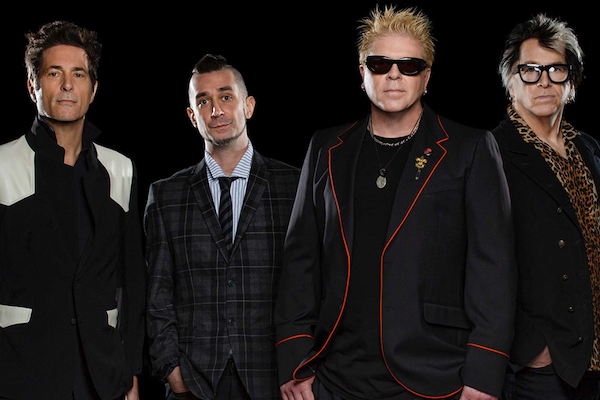 The Offspring
Offspring's metal-inflected punk became a popular sensation in 1994, selling over four million albums on an independent record label. While the group's credentials and approach follow the indie rock tradition of the '80s, sonically they sound more like an edgy, hard-driving heavy metal band, with their precise, pulsing power chords and Dexter Holland's flat vocals.
Featuring Holland, guitarist Kevin "Noodles" Wasserman, bassist Greg Kriesel, and drummer Ron Welty, the Offspring released their self-titled debut album in 1989. Four years later, their second album, Ignition, became an underground hit, setting the stage for the across-the-board success of 1994's Smash. The Nirvana sound-alike "Come Out and Play," the first single from the album, became an MTV hit in the summer of 1994, which paved the way to radio success. The band was played on both alternative and album rock stations, confirming their broad-based appeal. "Self Esteem," the second single, followed the same soft verse/loud chorus formula and stayed on the charts nearly twice as long as "Come Out and Play." The group got offers from major labels, yet they chose to stay with Epitaph. While they were able to play arenas in the U.S., their success didn't translate in foreign countries. Nevertheless, the band's popularity continued to grow in America, as "Gotta Get Away" became another radio/MTV hit in the beginning of 1995. The Offspring recorded a version of the Damned's "Smash It Up" for the Batman Forever soundtrack in the summer of that year; it ...