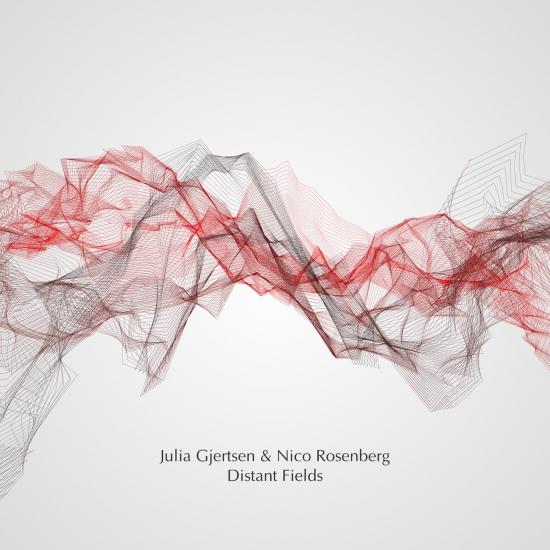 Autumn is upon us and we are celebrating with a multilayered feast of a record by new long distance collaborators Julia Gjertsen (Norway) and Nico Rosenberg (Chile). Relax to this undulating, densely textured and 'slowed down' single Proper Length from their upcoming album Distant Fields.
"Julia Gjertsen and Nico Rosenberg, both of whom are a bit new to my ears. Gjertsen is an Oslo-based composer “combining and organizing piano parts with other textural elements in a minimalist way,” first appearing on Moderna in 2019, with an 8-piece digital album titled Fragile. Rosenberg is a Santiago-based electronic music producer (and a visual artist), “distinguished by the use of textures, string quartets, and probabilistic algorithms.” The two musicians have actually never met in person and discovered each other via James Heather‘s show, Moving Sounds (on Soho Radio in London), but that didn’t stop them from exchanging ideas, sketches, and sound segments that turned into a beautiful tapestry of Distant Fields. The sonics of this Moderna release have a pastoral autumn feel, with tranquil piano flutters, cool lo-fi evening draft, and the scent of fallen leaves. The five vignettes (plus a sixth bonus track) combine the sounds of a piano and synth pads (Sequential Circuits Split-8, circa 1985, appears in the track titles) into slow-rolling faint atmospheres, folding into a perfect meaning of ambiance, that remains as ignorable, as the incessant quotation from Eno’s defining words. Arturo Zegers‘s mastering touch rounds out the album with a warm tender glow, soft analog hiss, and gentle EQ, and you can easily play it on repeat throughout the day to add some new life to your rather dull and repetitive cycle. I’ve easily spent a couple of days leaving Distant Fields in the background, if not for myself, then at least for my cacti, which seem undisturbed by the current conditions, and patiently grow…" (headphonecommute.com)
Julia Gjertsen, piano
Nico Rosenberg, electronics 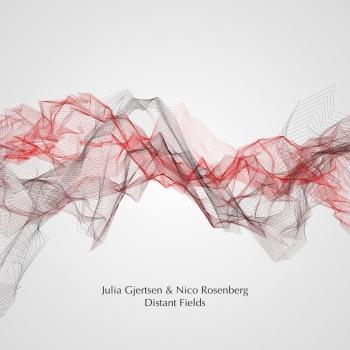 Julia Gjertsen
began playing piano at the age of 7.
She then studied music in high school and in a 2 year Music Design program in Oslo. She worked on music and sound projects with contemporary dancers, and released her first ambient piano EP ‘Slow Motion Stories’ in 2012.
Nico Rosenberg
is an electronic music composer, visual creator and psychologist from Santiago, Chile. He first came to prominence as a member of the local band BORAJ before establishing himself as a solo artist.
His sound is distinguished by the use of textures, string quartets and probabilistic algorithms.