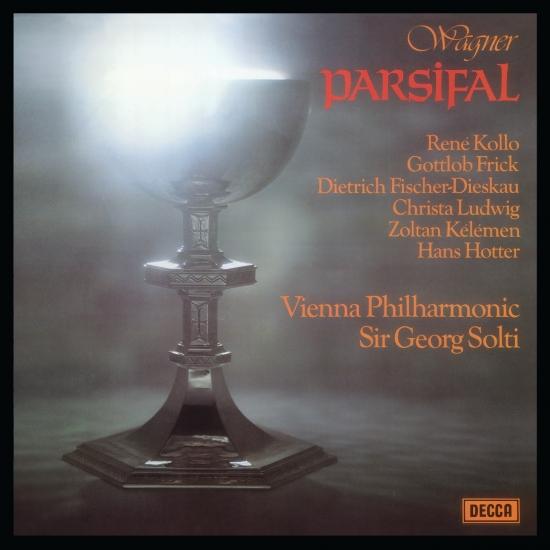 Referenz recording: This performance, recorded live, captures the return of Parsifal to the Bayreuth theater after more than a decade's absence. For whatever reason, Hitler banned performances during World War II, and the allies closed the festivals entirely until 1951. The conductor Hans Knappertsbusch, an apprentice of Wagner's disciple Hans Richter, was condemned to a virtual domestic exile for his openly sarcastic attitude toward the Nazis; so both he and the new Parsifal production were making their Bayreuth debuts. Knappertsbusch was put off by the starkly minimalist set designs, but none of that shows in his conducting. In spite of his famously slow tempi, the essential grandeur of the music is, if anything, enhanced. More significantly, this is one of those special performances that demonstrates what Nietsche considered the crux of Wagner's style--that open ocean swell that one can hear nowhere else. It is as much in evidence here as it is in the live Furtwangler Rings from England and Italy. I will not repeat the many capable evaluations of the singers in this production, but appreciate their realistic balance with the orchestra and chorus in the most natural recorded sound to come out of the 1951 festival. The sense of an historic occasion is very powerful, to my ears even more than in Furtwangler's Beethoven Ninth or Karajan's Meistersinger. The recorded sound is dramatically better, too, which may be no small part of the difference.
René Kollo, tenor (Parsifal)
Christa Ludwig, mezzo-soprano (Kundry)
Zoltan Kelemen, bass baritone (Klingsor)
Gottlob Frick, bass (Gurnemanz)
Dietrich Fischer-Dieskau, baritone (Amfortas)
Hans Hotter, baritone (Titurel)
Kiri Te Kanawa, soprano (Flower-Maidens)
Wiener Philharmoniker
Sir Georg Solti, conductor
Digitally remastered 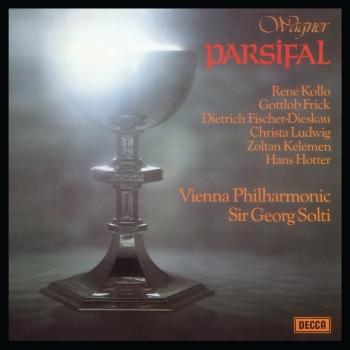