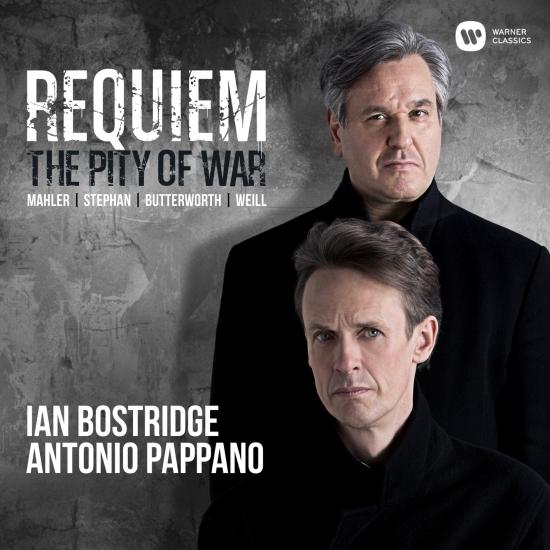 Info for Requiem: The Pity of War

“My subject is War, and the pity of War. The Poetry is in the pity” – Wilfred Owen (1920)
Marking the 100th anniversary of the end of World War I, Ian Bostridge and Antonio Pappano have assembled Requiem, a programme of songs offering historical and poetic perspectives on this momentous event. Composed over a period of some 50 years, the songs are by Gustav Mahler, Kurt Weill and two creative musicians of promise and achievement whose lives were cut short by the Great War, the Englishman George Butterworth (1885-1916) and the German Rudi Stephan (1887-1915).
Ian Bostridge, tenor
Antonio Pappano, piano 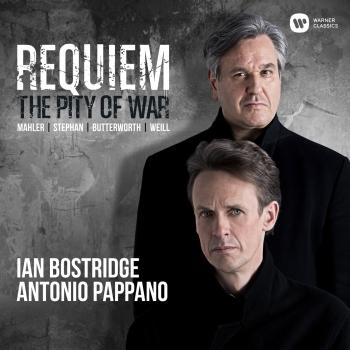 Requiem: The Pity of War 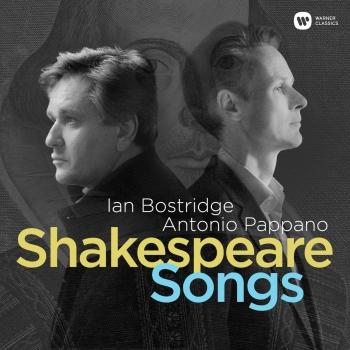 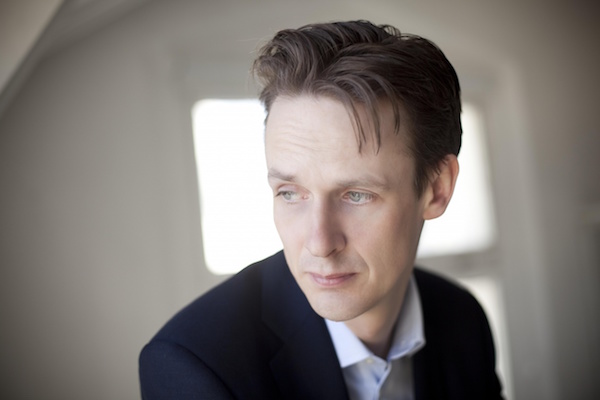 Ian Bostridge
Ian Bostridge’s international recital career has taken him to the Salzburg, Edinburgh, Munich, Vienna, Aldeburgh and Schwarzenberg Schubertiade Festivals and to the main stages of Carnegie Hall and La Scala, Milan. He has held artistic residencies at the Vienna Konzerthaus and Schwarzenberg Schubertiade (2003/2004), a Carte-Blanche series with Thomas Quasthoff at the Amsterdam Concertgebouw (2004/2005), a Perspectives series at Carnegie Hall (2005/2006), the Barbican, London (2008), the Luxembourg Philharmonie (2010/2011), the Wigmore Hall (2011/12) and Hamburg Laeiszhalle (2012/2013).
His recordings have won all the major international record prizes and been nominated for 14 Grammys. They include Schubert's 'Die schöne Müllerin' with Graham Johnson (Gramophone Award 1996); Tom Rakewell with Sir John Eliot Gardiner (Grammy Award, 1999); and Belmonte with William Christie. Under his exclusive contract with Warner Classics recordings included Schubert Lieder and Schumann Lieder (Gramophone Award 1998), English song and Henze Lieder with Julius Drake, Britten's 'Our Hunting Fathers' with Daniel Harding, ‘Idomeneo’ with Sir Charles Mackerras, Janacek with Thomas Adès, Schubert with Leif Ove Andsnes, Mitsuko Uchida and Antonio Pappano, Noel Coward with Jeffrey Tate, Britten Orchestral cycles with the Berlin Philharmonic and Sir Simon Rattle, Wolf with Pappano, Bach cantatas with Fabio Biondi, Handel arias with Harry Bicket, Britten’s Canticles and both Britten’s ‘The Turn of the Screw’ (Gramophone Award, 2003) and ‘Billy Budd’ (Grammy Award, 2010), Adès’s ‘The Tempest’ (Gramophone Award 2010) and Monteverdi’s “Orfeo”. Recent recordings include Britten songs with Antonio Pappano for Warner, and Schubert songs with Julius Drake for Wigmore Hall Live.
He has worked with the Berlin Philharmonic, Vienna Philharmonic, Chicago Symphony, Boston Symphony, London Symphony, London Philharmonic, BBC Symphony, Rotterdam Philharmonic, Royal Concertgebouw, New York Philharmonic and Los Angeles Philharmonic orchestras under Sir Simon Rattle, Sir Colin Davis, Sir Andrew Davis, Seiji Ozawa, Antonio Pappano, Riccardo Muti, Mstislav Rostropovich, Daniel Barenboim, Daniel Harding and Donald Runnicles. He sang the world premiere of Henze’s ‘Opfergang’ with the Accademia Santa Cecilia in Rome under Antonio Pappano.
His operatic appearances have included Lysander ('A Midsummer Night's Dream') for Opera Australia at the Edinburgh Festival, Tamino (‘Die Zauberflöte’) and Jupiter (‘Semele’) for English National Opera and Peter Quint ('The Turn of the Screw'), Don Ottavio (‘Don Giovanni’) and Caliban (Adès’s ‘The Tempest’) for the Royal Opera. For the Bavarian State Opera he has sung Nerone ('L'Incoronazione di Poppea'), Tom Rakewell (‘The Rake’s Progress’) and Male Chorus (‘The Rape of Lucretia’), and Don Ottavio for the Vienna State Opera. He sang Aschenbach (‘Death in Venice’) for English National Opera and in Brussels and Luxembourg.
Performances during the 2013 Britten anniversary celebrations included War Requiem with the London Philharmonic Orchestra under Vladimir Jurowski; Les Illuminations with the Concertgebouw Orchestra under Andris Nelsons; and Madwoman (‘Curlew River’) in the Netia Jones staging for the Barbican, which was also seen in New York and on the west coast of America. In the autumn of 2014 he embarked on a European recital tour of ‘Winterreise’ with Thomas Adès to coincide with the publication by Faber and Faber in the UK and Knopf in the USA of his new book 'Schubert's Winter Journey: Anatomy of an Obsession'. The book has since been published in Germany and The Netherlands and is to be translated into a total of twelve languages.
Recent engagements include a tour of Asia with guitarist Xuefei Yang, and the Evangelist in a staged St Matthew Passion for the Hamburg State Opera. Highlights of the 2016/17 season include his operatic debut at La Scala, Milan as Peter Quint (‘The Turn of the Screw’), an American recital tour of Schubert’s ‘Winterreisse’ with Thomas Adès, a staged Schubert project with the Los Angeles Philharmonic Orchestra, performances of Zender’s ‘Winterreise’ in Taipei, Perth and for Musikkollegium Winterthur, and Britten’s Curlew River in Hamburg and Madrid.
Ian Bostridge was a fellow in history at Corpus Christi College, Oxford (1992-5) and in 2001 was elected an honorary fellow of that college. In 2003 he was made an Honorary Doctor of Music by the University of St Andrews and in 2010 he was made an honorary fellow of St John's College Oxford. He was made a CBE in the 2004 New Year’s Honours. In 2014 he was Humanitas Professor of Classical Music at the University of Oxford. In 2016 he was awarded the The Pol Roger Duff Cooper Prize for non-fiction writing for his book 'Schubert's Winter Journey: Anatomy of an Obsession'.

Booklet for Requiem: The Pity of War