Everybody Wants The Struts 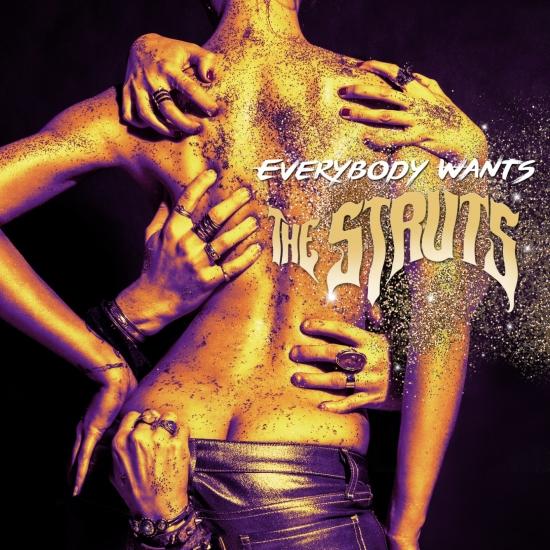 Info for Everybody Wants

A quintessentially English proposition, The Struts are a band who proudly stand apart from the crowd and steadfastly refuse to chase the latest trends and fads, The Struts aren’t afraid to plough their own furrow and have the tunes to back it up. They’ve built their loyal fan base through fanatical word of mouth, blistering live shows and monstrous hooks that steadfastly refuse to leave your brain. The result is high octane, heavy, soulful rock n roll that delivers on every level. Flamboyant and hard-partying, with dashes of wit, this is entertainment.
„Originally released in 2014, the debut long player from the Derbyshire-based rockers is an unapologetic blast of earworm-heavy, modern rock/punk-pop in a neo-glam wrapper, and as cocksure as it is calculated. Imagine a Slade-crazed, real life version of Russell Brand's Infant Sorrow (the band from Get Him to the Greek) fronted by a man who delivers each and every 'R' with a brazen alveolar trill in a voice that's an amalgam of Freddie Mercury, Dee Snider, Noddy Holder, and David Johansen. Everybody Wants is not a subtle album. It's all pomp, circumstance, bluster, and nasty, sugary goodness; an 11-track set (13 on the 2016 U.S. reissue) of hook-laden, radio-ready party songs that embrace both sleaze and cheese. Luke Spiller is a born frontman. He's got the Jagger swagger, but where Mick's antics invoked the American south, Spiller is a purely East Midlands creation, and like the Darkness' Justin Hawkins, his flamboyant English delivery will likely be the barometer listeners use to gauge the duration of their stay. The songs themselves are largely formulaic, but delivered with such gusto that it's easy to forgive the chicanery behind them. Bawdy, ballsy, silly, and sweet, standouts like 'Could Have Been Me,' 'Roll Up,' and 'Kiss This,' not to mention a couple of new gems on the 2016 reissue -- 'These Times Are Changing' and 'Ol' Switcheroo' -- will likely appeal to a wide range of pop enthusiasts. From the Buckcherry fan to the One Direction fan, there's a little bit of something for everyone on the aptly named Everybody Wants.“ James Christopher Monger, AMG)
Luke Spiller, vocals
Addo Slack, guitar
Jed Elliott, bass
Gethin Davies, drums
Produced by Ray Hedges 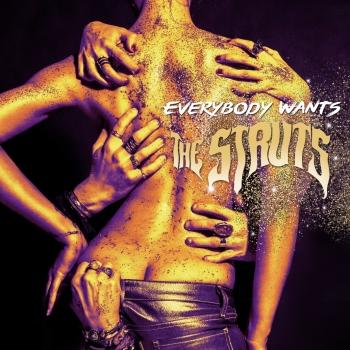 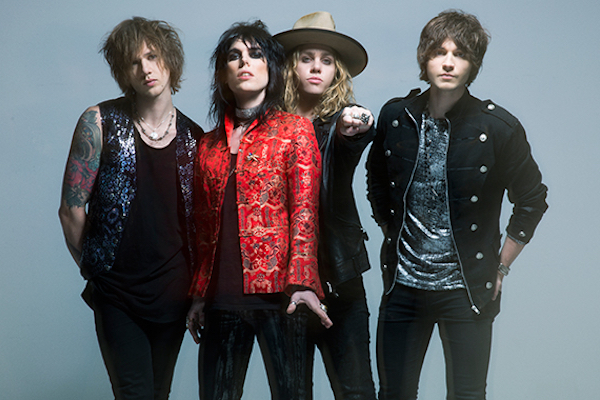 The Struts
A UK-bred band full of reckless swagger and hugely catchy hooks, the Struts are returning the sweet and dirty spirit of glam to modern rock & roll. Having already taken Europe by storm with such feats as opening for the Rolling Stones before a crowd of 80,000 in Paris last year, the newly L.A.-based four-piece is now breaking through to American audiences with their exhilarating debut EP Have You Heard.
With their glitzy-yet-scrappy aesthetic—not to mention frontman Luke Spiller’s snarling vocals and otherworldly range—the Struts might seem to have stepped straight out of the ‘70s. But as proven on lead single “Could Have Been Me” (a thrillingly anthemic track that’s racked up more than two million plays on Spotify and shot to the top ten on Modern Rock radio charts), The Struts fuel their high-powered sound with an urgency that’s entirely of the moment.
On Have You Heard, Spiller and bandmates Adam Slack (guitar), Jed Elliott (bass), and Gethin Davies (drums) match their super-sharp melodies and bright and shiny guitar riffs with a lyrical sensibility both heartfelt and brash. Made in collaboration with the likes of Gregg Alexander (a producer/songwriter and former frontman of the New Radicals), the EP kicks off with “Could Have Been Me” and unleashes a surge of raw energy that never lets up. With its driving rhythm and chant-along refrain (“I wanna taste love and pain/I wanna feel pride and shame/I don’t wanna take my time/I don’t wanna waste one line”), the arena-ready track finds the Struts staking their claim for glory while inspiring every listener to do just the same.
From there, Have You Heard slips into “Kiss This,” a breakup song that forgoes the minor-chord moping for gritty guitar and fantastically scathing lyrics ('I did all I could/So kiss this one more time ‘cause I'm gone for good'). “‘Kiss This’ was inspired by a relationship breakdown/meltdown,” says Spiller. “It’s about being cheated on, but the message is really about standing up for yourself—sort of our version of a ‘Young Hearts Run Free’-type song, but in a rock mentality.”
On “Put Your Money on Me” (recorded with Alexander during a road trip from Darby to the south of Spain, in a van filled with “lots of booze and lots of stories,” as Spiller puts it), the Struts let loose with hip-shaking rhythms and a soulful groove. And closing out Have You Heard is “Where Did She Go,” a lovesick but infectiously stomping epic that first came to life when Spiller was just 15. “My parents had just moved to this horrible seaside town, which wasn’t a great place to be if you’ve got long hair or you’re just an individual in any way,” he recalls. “One night I was walking home quite drunk and started singing to myself, as you do, and this melody eventually came to me. I remember thinking, ‘What kind of melody could you get a whole football stadium full of people to sing along to?’, and then going from that. I sang it to myself the whole way to keep it in my head, and then I got home and wrote it all down.”
The founding members of the Struts, Spiller and Slack each began making music as teenagers, initially finding inspiration in groups like Oasis and the Libertines and then tracking their idols’ influences to discover the classic glam bands that would one day shape their own sound. Introduced by their mutual manager after the dissolution of their previous bands, the two had an instant creative chemistry and quickly began writing together. “When we first started, we both just wanted to make fun, happy rock songs with big choruses—the kind of thing that bands like Slade and T. Rex used to do,” says Slack. Once Elliott and Davies were added to the lineup, the four moved into a house together in Derby and soon found themselves a name. “We were in rehearsals and someone saw me strutting around as we were playing, and made the suggestion that we call ourselves the Struts,” says Spiller. “We loved that from day one—it absolutely represents what we’re about.”
Largely on the strength of their electrifying live show, the Struts fast built up a major following and started selling out shows all across Europe. Along with landing the Stade de France gig with the Rolling Stones, the band took the stage at the 2014 Isle of Wight Festival, with Spiller decked out in a shimmering-blue cape custom-made for him by Zandra Rhodes (the legendary designer who formerly created costumes for Queen’s Freddie Mercury and Brian May). In the meantime, the Struts kept on honing their songcraft and developing new material, forging a sound that gives a nod to their glam roots and ultimately revamps the genre for a whole new era. “It’s cool to think of kids hearing this kind of music for the first time, and then going back and getting into that same rock & roll that we fell in love with,” notes Slack.
Now at work on following up Have You Heard with a full-length album, the Struts are also in the midst of their first stateside tour, having added more dates and upgraded to bigger venues in response to their rapidly growing fanbase. As in the studio, the band aims to infuse their live performance with plenty of passion and flash. “We’re not afraid to go out there and really put on a show, get everyone in the crowd involved,” says Slack. And in that building that connection, the Struts aspire for nothing less than blissed-out transcendence. “I don’t see any other point of going to a rock show than to really get into the music and lose your inhibitions,” says Spiller. “When we’re up onstage we try to bear that in mind, to push the audience and get up close with them and challenge any self-consciousness they might be feeling. We want to do what we can so that everyone can let go and just have a great time.”

Booklet for Everybody Wants