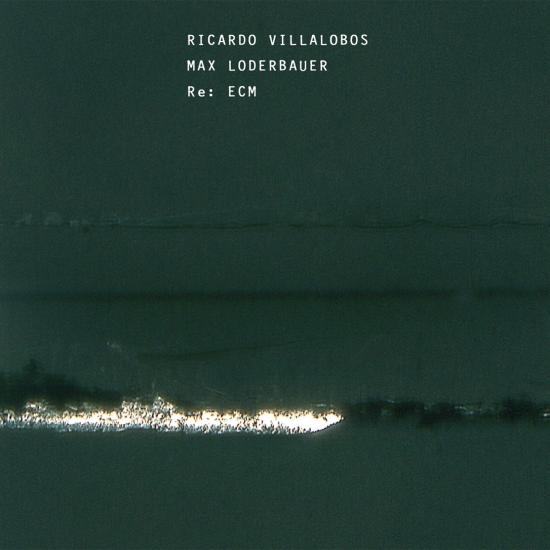 Info for RE: ECM

Two of the best-known names in contemporary electronica, Berlin-based DJs and composers Ricardo Villalobos and Max Loderbauer share their admiration for music on ECM in a unique double-album of specially-created “sound-structures” - a project that will bring the label’s music to a new listenership.
Using original ECM recordings as a starting point, Villalobos and Loderbauer create new music that bridges several worlds, including ECM’s world of space-conscious improvisation and composition and the worlds of ambient electronics and minimal techno. Source materials on Re: ECM include recordings of Christian Wallumrød (The Zoo Is Far & Fabula Suite Lugano), Alexander Knaifel (Svete Tikhiy, Amicta Sole & Blazhenstva), Louis Sclavis (L'imperfait des langues), John Abercrombie (Timeless), Bennie Maupin (The Jewel in The Lotus), Arvo Pärt (Kanon Pokajanen), Wolfert Brederode (Currents), Paul Giger (Ignis) and more - looped, sampled, remixed and reworked in evocative new treatments.
Chilean born Ricardo Villalobos – for the last three years voted world’s #1 DJ in the Resident Advisor Poll – has been, in his words, “raving about ECM in many interviews”. In his club DJ sets he began inserting music of Arvo Pärt and Alexander Knaifel in between the groove-oriented pieces and was encouraged by the enthusiastic response of listeners to go further with the experiment. He enlisted the musical support of Max Loderbauer, known for his work with Moritz von Oswald Trio, Chica And The Folder, NSI and Sun Electric (amongst many others) and they began processing ECM recordings into new shapes, with mixing board system and modular synthesizer as principal instruments.
Manfred Eicher was pleased with the duo’s creative response to his productions and gave them carte blanche to carry on experimenting with the ECM titles of their choice in Berlin’s Laika Studio. Eicher subsequently supervised the mastering of Re:ECM in Munich, completing a unique sonic experience for ECM listeners, for those just discovering the label, and for Ricardo Villalobos’s many fans around the world.
Ricardo Villalobos, electronics
Max Loderbauer, electronics 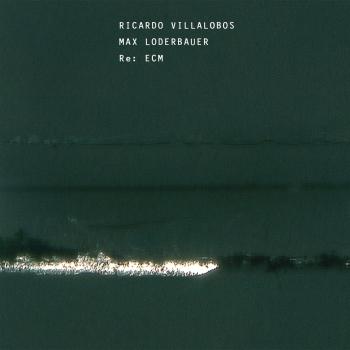 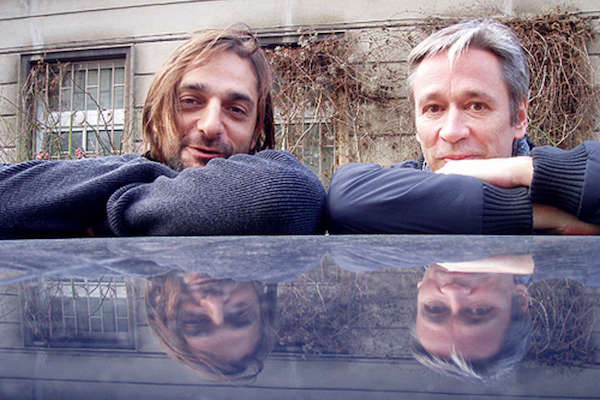 Booklet for RE: ECM