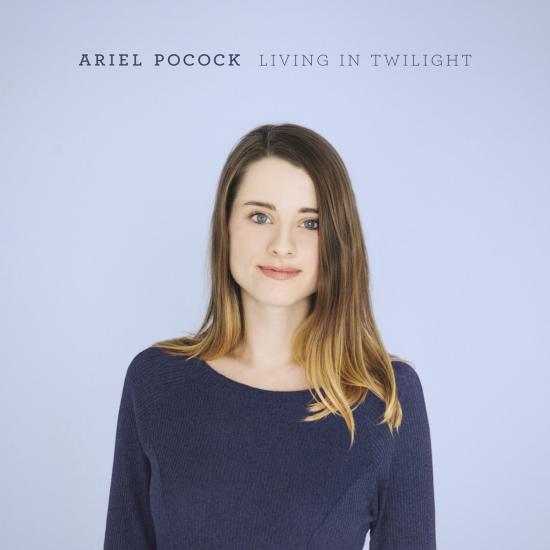 Info for Living in Twilight

Jazz pianist, vocalist, and composer Ariel Pocock’s enthralling second album Living in Twilight was recorded in Montréal with producer Matt Pierson at the helm.
In photography it's known as "Magic Hour," that time just after sunrise or just before sunset when everything glows with a golden intensity and reality becomes imbued with the Technicolor majesty of a dream. That liminal space, with its warm, inviting sheen and intoxicating air of mystery, is where singer/pianist Ariel Pocock finds herself on her stunning second album, Living in Twilight, the highly anticipated follow-up to Pocock's critically acclaimed 2015 debut, Touchstone. Where the album's subject matter may explore themes of uncertainty, the music itself reveals a much more confident artist and bandleader. Where the earlier release was recorded by an all-star band assembled specifically for the occasion, Living in Twilight, produced by Matt Pierson, features Pocock's regular trio with the in-demand Montréal rhythm section of Jim Doxas (drums) and Adrian Vedady (bass). On several tracks they're joined by guitar great Chico Pinheiro, considered a leading figure in the modern Brazilian jazz scene. Pocock culled the songs from a variety of sources, from standard repertoire from the Great American Songbook by Cole Porter and Ray Noble, to more modern jazz compositions by Chick Corea and the Brazilian-tinged sounds of Egberto Gismonti, to contemporary pop and indie-rock hits by the likes of Adele and Sufjan Stevens. This wide-ranging fare sits comfortably next to Pocock's own memorable originals, which range from the buoyant to the spiritual.
Ariel Pocock, piano, Rhodes piano, vocals
Chico Pinheiro, guitar (on tracks 2, 5-7, 10)
Adrian Vedady, bass
Jim Doxas, drums 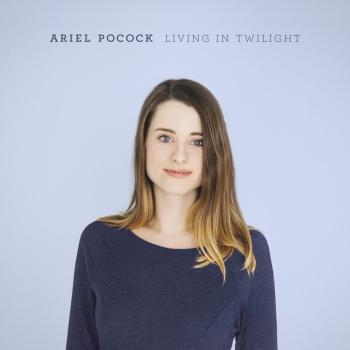 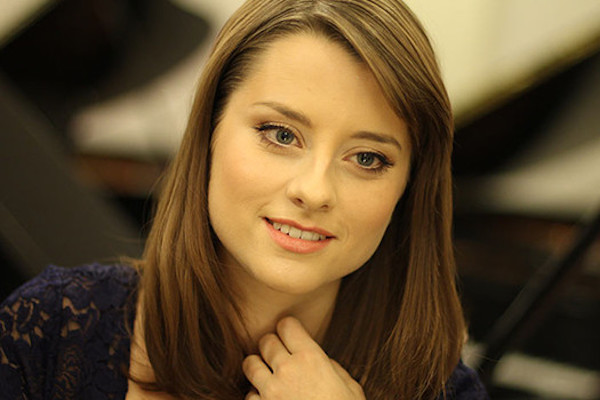 Ariel Pocock
24-year-old Ariel Pocock has received international acclaim as an equally captivating jazz pianist, vocalist, and composer. Ariel's notable performances as a headline act include the Montreal International Jazz Festival, the Gilmore International Keyboard Festival, the Iowa City Jazz Festival, the 2014 Jazz Cruise, the Twin Cities Jazz Festival, the Quebec City International Jazz Festival, the Stanford Jazz Workshop, and many more.
Touchstone, Ariel's debut album, features fresh and compelling takes on classic jazz standards, original compositions, and her own arrangements of singer-songwriter material. Produced by Matt Pierson, the album features an all-star band of Julian Lage (guitar), Eric Harland (drums), Larry Grenadier (bass), and Seamus Blake (saxophone). Touchstone was released on Justin Time Records in 2015.
Critical reception for the album included praise for Ariel's “true facility for…sinewy jazz piano [and] breezy, achingly plain-spoken vocal chops…” (Seattle Times). "Hers is a dynamic, slightly scorched voice that is deeply jazz-steeped. She’s as impressive at maneuvering the tricky curves of Monk and Bob Dorough as she is navigating the densely powerful storytelling of Randy Newman and Tom Waits. Pocock’s keyboard skills are just as mature, whether exploring the pastoral calm of Keith Jarrett’s “Country” or anchoring her own “Barrel Roll,” seven minutes of chameleonic dynamism...Touchstone is an album of equals, of profound mutual respect, of generously shared spotlights." (Jazz Times)
Ariel's original compositions and songs draw inspiration from a wide array of sources: Cuban and Brazilian folk music, the Great American Songbook, modern jazz composers such as Chick Corea and Brad Mehldau, and songwriters like Joni Mitchell, Randy Newman, and Paul Simon.
Currently based in Durham, North Carolina, Ariel is a 2015 graduate of the University of Miami's Frost School of Music. In addition to performing, she teaches private music lessons at Russell Lacy Music (Durham, North Carolina) and has worked as a clinician for combos, big bands, and vocal ensembles. She has worked as a Stanford Jazz Workshop Mentor Fellow and as faculty member at the Northeast Jazz and Recording Camp at Salem State University.
Ariel's second album, Living in Twilight, is slated for worldwide release June 9th, 2017 on Justin Time Records. Recorded in Montréal in December 2016 and once more with Matt Pierson at the helm, the record features in demand Montréal musicians Jim Doxas (drums), Adrian Vedady (bass) and special guest, New York based guitarist, Chico Pinheiro one of the leading figures in the modern Brazilian Jazz scene. The song selection is original, thoughtful and surprising. Ranging from classic American Songbook fare - Ray Noble’s The Very Thought Of You and Cole Porter’s So In Love to Chick Corea’s 500 Miles and breathtaking interpretations of Adele’s Someone Like You and Sufjan Stevens To Be Alone With You presented here as an instrumental. Other stand outs include the title track by The Weepies, Living in Twilight and the heartbreaking Kate McGarrigale penned Go Leave. Ariel’s chops as a composer/songwriter are on display with original’s Gonzalo’s Melody – and the reflective So Long. The Ariel Pocock trio will be touring this summer and fall to promote Living in Twilight.