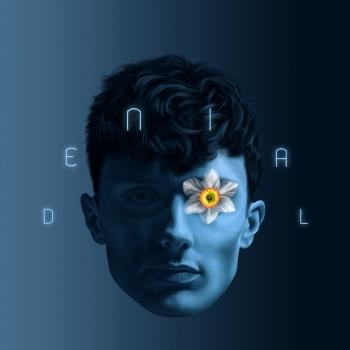 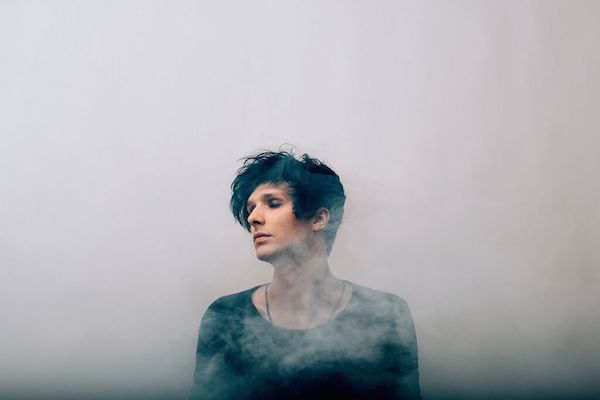 Evan Konrad
As if conceived in an anachronistic vacuum beyond all the binary and arbitrary metrics, social media noise, and expectations, the music of Evan Konrad invites a primal connection. Locked away in the studio, the singer, songwriter, and producer devoted himself wholeheartedly to making a sonic statement architected and personally produced by hand. The songs remain steeped in true alternative tradition rife with traffic-stopping vocals, an orchestra of synths, guttural guitar, and powerful percussion. For the uninitiated, the best way to describe the music would be Thom Yorke translating Christopher Nolan’s Memento into songs, and even that only scratches the surface.
This signature sound caught the attention of LAVA founder Jason Flom who heard the Soundcloud link on headphones at an underground vegan restaurant in Toronto from Konrad’s manager and personally signed the artist in old school fashion....
“For me, It came out of the blue,” Konrad admits. “I had no preconceived notions. I didn’t expect anything. I just swam deep into the vision for my music. Then all of a sudden, I signed a deal, and now I’m here.”
For two decades prior, he laid the groundwork to manifest such a future. Born and raised in Abbotsford, BC Canada, Konrad vividly recalls watching old VHS tapes of his mom performing on the road, while his dad served as front-of-house engineer and videographer. Catching Rush live as his first concert alongside his father proved nothing short of revelatory. With new dreams of being a production designer, Evan would collect lights from Radio Shack, and would host concerts at home, entertaining the entire family. As a child, he fell asleep to Mozart, fostering this passion for music at all hours. Growing up, he then learned piano before picking up drums and guitar. Being homeschooled, he maximized his time remaining immersed in creation.
By the age of twenty, Konrad formally launched a career in music. Following stints recording with and on the road with other artists, he sequestered himself in the studio for his own project, with just a few collaborators rotating in and out. He commenced work on fashioning a sound of his own, reminiscent of everything from Mozart to Rufus Wainwright and Radiohead.
“The music is very story-driven and theatrical,” he continues. “It’s layered and elaborate. I try to create another world within the sound by using orchestral elements and modern production. I’ll run a string section through an effects chain-all of these layers make up the music for me. I want the vision in my head to come through the speakers.”
You can hear the proof of these claims bursting through the speakers on his debut single “The Long Way Out.” The push-and-pull of his cathartic falsetto and otherworldly production underscores an immediately infectious refrain. Musically, it stands at a crossroads between hyper-charged alternative and unexpected pop as unique as it is undeniable.
“It’s actually the first idea that I started at the beginning of the project,” says Konrad. “‘The Long Way Out’ took the longest to finish. I’ve lived with it for so long. Lyrically, it’s a journey through the act of letting go, and how romanticized it can be throughout the grieving process. When we are unable to accept the changes within ourselves, or the changes in another person, as we reach for a connection that no longer exists. I wrote this song to acknowledge and work through this within myself. I want it to be a beacon of light for anyone who is looking for the same liberation I sought after.”
Meanwhile, the follow-up “Come On Snake, Let’s Rattle” travels from a choir of analog synths towards another earth quaking vocal display that causes one to stop in their tracks.
“It’s a story about ego, and how that can consume a person,” he goes on. “I’m writing about a snake who’s master of this domain. All who surround him hang on to his every word. It’s a manifestation of his greed, his darkness. When this space doesn’t adhere to his whims, it turns to total chaos. The song sets the scene for a story of Denial.”
In the end, Konrad forges a lasting connection on his own terms, and that’s truly timeless.
“I hope listeners share in this connection and empowerment,” he leaves off. “I want them to know it’s okay to feel these emotions that we hide in the darkness. There’s a light at the end of the tunnel. My focus is on building a place where people can feel stronger.”