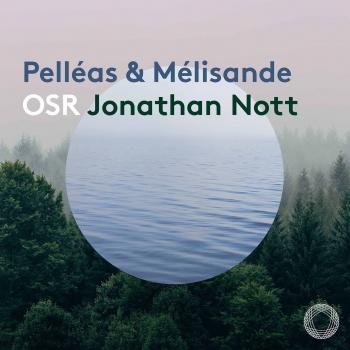 Orchestre de la Suisse Romande
Founded in 1918 by Ernest Ansermet, who was its principal conductor until 1967, the Orchestre de la Suisse Romande (OSR) is made up of 112 permanent musicians. It gives subscription concerts in Geneva and Lausanne, symphonic programmes for the City of Geneva, the annual United Nations Day concert and accompanies operatic performances at the Grand Théâtre of Geneva. Over the decades, the OSR has built up an international reputation thanks to its historic recordings and its interpretation of the 20th-century French and Russian repertories.
The British conductor Jonathan Nott has served as the OSR’s Music and Artistic Director since January 2017, following in the steps of the OSR’s founding head and successive music directors: Paul Kletzki (1967-1970), Wolfgang Sawallisch (1970-1980), Horst Stein (1980-1985), Armin Jordan (1985-1997), Fabio Luisi (1997-2002), Pinchas Steinberg (2002-2005), Marek Janowski (2005-2012), Neeme Järvi (2012-2015), and its principal guest conductor Kazuki Yamada (2012-2017). Under their guidance, the world-renowned OSR has actively contributed to the history of music through the discovery and support of contemporary composers. Works by Igor Stravinsky, Darius Milhaud, Arthur Honegger, Frank Martin, André-François Marescotti, Benjamin Britten, Witold Lutosławski, Heinz Holliger, William Blank, Peter Eötvös, James Macmillan, Pascal Dusapin and Michael Jarrell constitute just some of the OSR’s world premières. The OSR has continually pursued the promotion and performance of new symphonic music, especially by Swiss composers, as one of its important missions. The 2021-22 season is no exception with the performance of no less than 5 Swiss premières, including a commission from composer Nina Šenk.
The Orchestre de la Suisse Romande has created the new position of conductor in residence, to which Maestro Daniel Harding has been appointed for the 2021-22 and 2022-23 seasons.
In close collaboration with Radio-Television Switzerland since its creation, the OSRs broadcasts over the airwaves date back to its early days, to the benefit of millions of listeners throughout the world. The OSR has recorded over 100 discs in partnership with Decca, giving rise to truly legendary recordings and enhancing its position on the international music scene. The orchestra has made prize-winning recordings for around a dozen international labels. Currently in partnership with Pentatone, the orchestra makes two to three recordings each season, the latest two of which with Jonathan Nott.
The OSR’s international tours have taken it to the leading concert halls in Europe (Berlin, London, Vienna, Salzburg, Paris, Amsterdam, Moscow, Saint Petersburg, Madrid) and Asia (Tokyo, Seoul, Beijing, Shanghai, Bombay), as well as key cities in the Americas (Boston, New York, San Francisco, Washington, São Paulo, Buenos Aires and Montevideo).
The OSR is highly sought after by the most prestigious festivals, and since 2000 has played at the Budapest Spring Festival, les Chorégies d’Orange, le Festival de Música de Canarias, Lucerne Festival, Nuits Romantiques (Aix-les-Bains), Festival Radio France (Montpellier), Gstaad Menuhin Festival, Septembre Musical (Montreux), Amsterdam’s ZomerConcerten, the Grafenegg Festival (Austria) and the BBC Proms (London).
One of the key missions of the OSR is to promote symphonic music amongst the young people who will become tomorrow’s audience and offer them a wide range of activities. These include notably a series of workshops forming an educational programme to prepare children for concerts, the interactive “Concerts pour petites oreilles” allowing younger children to try out instruments, the Family Concert series at the Victoria Hall, concerts for schools, and rehearsals open to schools in collaboration with the Department for Education.
The Orchestre de la Suisse Romande is supported by the City of Geneva, the Republic and Canton of Geneva, the Canton of Vaud, Radio-Television Switzerland, the Geneva and Lausanne Friends of the Orchestra, and many other sponsors and patrons.
Jonathan Nott
Well known for the power, vigour and clarity of his interpretations of Mahler’s works, Jonathan Nott was invited in 2014 to conduct the musicians of the Orchestre de la Suisse Romande in a performance of Mahler’s Seventh Symphony. As a result of this very promising first meeting, he was appointed as Music and Artistic Director of the Orchestre de la Suisse Romande as from January 2017.
After studying music at the University of Cambridge, singing and flute at the Royal Northern College of Music in Manchester and conducting in London, he began his career at the opera houses in Frankfurt and Wiesbaden where he conducted all major works of the repertoire including Wagner’s complete Ring cycle.
The year 1997 marked the beginning of a special relationship with Switzerland: as principal conductor of the Lucerne Symphony Orchestra he took an active part in the inaugural period of the new KKL where he also performed with the Ensemble Intercontemporain founded by Pierre Boulez, and of which he was the music director from 2000 to 2003.
His sixteen years as principal conductor of the Bamberg Symphony Orchestra from 2000 until 2016 were filled with varied and enriching experiences: he created artist-in-residence programmes, went on several international tours with the orchestra, he received a Midem Award in 2010 for his recording of Mahler’s Ninth Symphony, and he launched the Gustav Mahler Conducting Competition from which have emerged some of today’s world famous conductors such as Gustavo Dudamel and Lahav Shani.
Moreover, Jonathan Nott has also been music director of the Tokyo Symphony Orchestra since 2014.
He brings inspiration to young artists through his loyal and long-term commitment to the Junge Deutsche Philharmonie and to the Gustav Mahler Youth Orchestra.
Jonathan Nott has a large catalogue of highly acclaimed recordings, including Ligeti’s complete orchestral works performed by the Berlin Philharmonic, the entire Schubert and Mahler Symphonies played by the Bamberg Symphony Orchestra, Mahler’s Das Lied von der Erde with the Vienna Philharmonic Orchestra and Jonas Kaufmann as soloist.
His first recording with the Orchestre de la Suisse Romande of works by Richard Strauss, Claude Debussy and Gyorgy Ligeti was released by PentaTone in September 2018 and his second recording, dedicated to Arnold Schoenberg and Claude Debussy’s Pelléas et Mélisande, will be available in 2021.