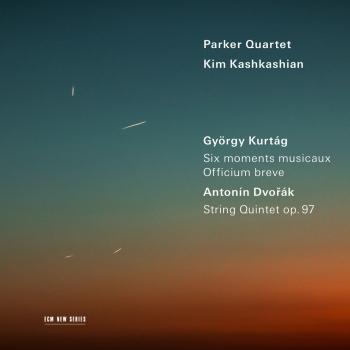 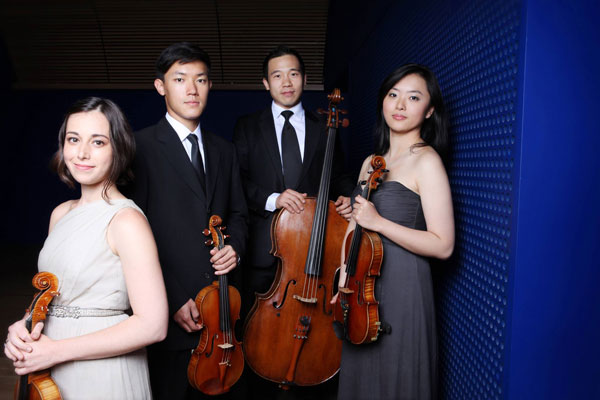 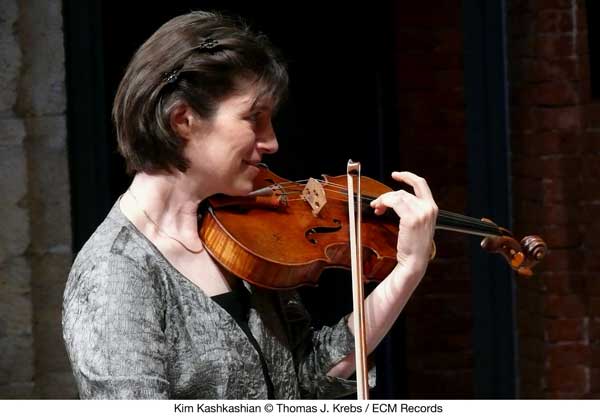 Parker Quartet
Formed in 2002, the Grammy Award-winning Parker Quartet has rapidly distinguished itself as one of the preeminent ensembles of its generation. The New York Times has hailed the quartet as “something extraordinary,” the Washington Post has described them as having “exceptional virtuosity [and] imaginative interpretation,” and the Boston Globe acclaims their “pinpoint precision and spectacular sense of urgency.” The quartet began touring on the international circuit after winning the Concert Artists Guild Competition as well as the Grand Prix and Mozart Prize at the Bordeaux International String Quartet Competition in France. Chamber Music America awarded the quartet the prestigious biennial Cleveland Quartet Award for the 2009–2011 seasons. The Parker Quartet recently joined the faculty of Harvard University’s Department of Music as Blodgett Artists-in-Residence.
Highlights of the 2014–2015 season include the project Schubert Effect in collaboration with Shai Wosner at the 92nd Street Y, the premiere of a new string quartet by Augusta Read Thomas as part of the quartet’s four-concert series at Harvard University, and return engagements at Wigmore Hall and Music at Amherst. The Quartet also continues to be a strong supporter of Kim Kashkashian’s project Music for Food by participating in concerts throughout the Boston area for the benefit of the Boston Food Bank. Performance highlights from recent seasons include appearances at Carnegie Hall, 92nd Street Y, Philadelphia Chamber Music Society, Library of Congress, the Slee Series in Buffalo, Music Toronto, Concertgebouw in Amsterdam, Wigmore Hall in London, Musikverein in Vienna, Monte Carlo Spring Festival, Seoul Arts Center, Rockport Chamber Music Festival, Mecklenburg-Vorpommern Festspiele in Germany, and San Miguel de Allende Festival in Mexico. The quartet has recently collaborated with artists including Kim Kashkashian, Nadja Salerno-Sonnenberg, Anne- Marie McDermott, Shai Wosner, Kikuei Ikeda of the Tokyo Quartet, Jörg Widmann, and Claron McFaddon. In 2012 the Parker Quartet was the recipient of a Chamber Music America commissioning grant, enabling the ensemble to commission and premiere Capriccio, an hour-length work by American composer Jeremy Gill.
Successful early concert touring in Europe helped the quartet forge a relationship with Zig-Zag Territoires, which released their debut commercial recording of Bartók’s String Quartets Nos. 2 and 5 in July 2007. The disc earned high praise from numerous critics, including Gramophone: “The Parkers’ Bartók spins the illusion of spontaneous improvisation… they have absorbed the language; they have the confidence to play freely with the music and the instinct to bring it off.” The quartet’s second recording, György Ligeti’s complete works for string quartet, was released on Naxos in December 2009 to critical acclaim. This recording won the 2011 Grammy Award for Best Chamber Music Performance. They are the last string quartet to have won this category.
The Quartet was founded and is currently based in Boston. In addition to their full-time residency at Harvard, they will continue its visiting residency at the University of South Carolina. From 2008 to 2013, the quartet spent much of its time in St. Paul, MN, where they served as Quartet-in-Residence with the St. Paul Chamber Orchestra (2008–2010), were the first-ever Artists-in-Residence with Minnesota Public Radio (2009–2010), visiting artists at the University of Minnesota (2011–2012), and Artists-in-Residence at the University of St. Thomas (2012–2014).
The Parker Quartet’s members hold graduate degrees in performance and chamber music from the New England Conservatory of Music and were part of the New England Conservatory’s prestigious Professional String Quartet Training Program from 2006–2008. Some of their most influential mentors include the Cleveland Quartet, Kim Kashkashian, György Kurtág, and Rainer Schmidt.
Kim Kashkashian
one of the pre-eminent artists of ECM New Series, was born in Detroit, Michigan. She studied at the Peabody Conservatory in Baltimore with Walter Trampler and Karen Tuttle, and worked intensively with mentor Felix Galimir at the Marlboro Music Festival. A committed proponent of contemporary music, she has enjoyed creative relationships with György Kurtág, Krzysztof Penderecki, Alfred Schnittke, Giya Kancheli, and Arvo Pärt, and commissioned works from Peter Eötvös, Ken Ueno, Thomas Larcher, Lera Auerbach, and Tigran Mansurian.
Kashkashian’s 30-year relationship with ECM Records has produced an extensive discography that includes an award-winning recording of the Brahms sonatas, the complete Hindemith sonatas, the concertos of Bartók, Eötvös, Kurtág, Berio, Kancheli, Olivero, and Mansurian, the Bach Sonatas for viola da gamba (with Keith Jarrett), “Hayren” (music of Tigran Mansurian and Komitas), and “Asturiana”, songs from Spain and Argentina.
The album “Kurtág/Ligeti: Music for Viola” won the 2013 GRAMMY Award for Best Classical Instrumental Album and in the same year Kashkashian was awarded the George Peabody Medal for her exceptional contribution to music in America.