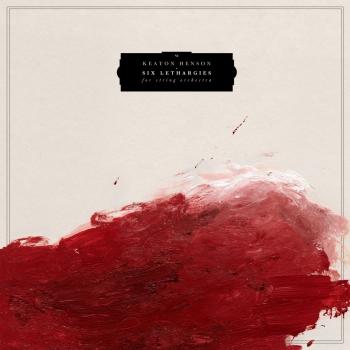 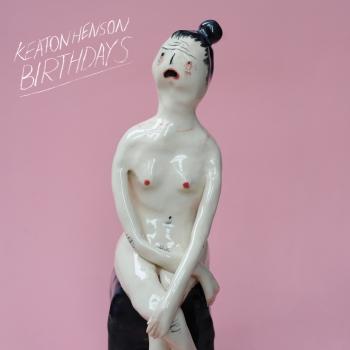 Keaton Henson
was born in the dying days of the 1980s. At school, he was that weird kid drawing strange pictures in a notebook in the corner of the playground, and listening to hardcore bands on the bus. His heroes then were artists and illustrators like Edward Gorey; his heroes now are songwriters like Randy Newman and Loudon Wainwright. All three reveal the kind of artist Keaton strives to be: someone who understands the power of honesty, even when it is heartless, and how only that can make one's art truly heartfelt.
Keaton Henson’s debut album, Dear..., was released quietly in late 2010, in a limited edition run, hand-made by Keaton. Here were simple, tender songs, stripped to the marrow, and written without the desire to be heard... though they sold out almost immediately.
Its follow-up, Birthdays, goes even further. Written and recorded in less than a year, a toughness veins throughout Birthdays, addressing the challenges of newfound and newly-lost love. This is the sound of what happens next, once your private agony goes public overnight. And in more ways than one, Birthdays presents the perils of getting what you wished for.
In the summer of 2014, Keaton released his third album, Romantic Works. This entirely instrumental album was inspired by the simplicity of Arvo Pärt, Phillip Glass and Henryk Gorecki as well as the melodic instrumentation of Edward Elgar, and is a collection of stories that Keaton could not translate into words. Dubbed “bedroom classical”, the album was recorded in his small London bedroom with close friend and Guildhall virtuoso cellist Ren Ford. Keaton assembled layers to the pieces using found objects and charity shop instruments, creating a bold indie-classical crossover.
In early 2015, Henson composed a score for Young Men, a feature-length dance film from BalletBoyz, which went on to win the 2017 Rose d’Or and Golden Prague awards. Shot on location in France, the film stars the BalletBoyz dancers as soldiers experiencing the brutality of the First World War in a captivating hybrid of drama and dance, combined with Keaton’s strikingly haunting music and the eloquent choreography of Iván Pérez.
Keaton has become a frequent collaborator with the critically acclaimed BalletBoyz dance company, which was founded in 2000 by ex-Royal Ballet dancers and has since become Associate Artists at Sadler’s Wells Theatre. Keaton most recently worked with Tony and Olivier Award-winning choreographer Christopher Wheeldon to score his latest 2019 project Us, which after an initial successful run at Sadler’s Wells was transferred to the Vaudeville theatre on London’s West End.
His score has been met by rave reviews, including; ‘The music and dancing work so well together that it’s difficult to separate them.’ – The UpComing (Jim Compton-Hall), and ‘combined with Keaton Henson’s lushly romantic score, it’s an achingly beautiful ode to love.’ – Time Out.
In 2018, Keaton premiered his eagerly-anticipated 70-minute string symphony Six Lethargies to a sold-out Barbican audience, with Mark Knoop conducting the Britten Sinfonia. It has since received its Irish premiere in Dublin, and its Australian premiere at the Sydney Opera House in May 2019, and is soon to be recorded for future release. Henson's music has also featured in numerous TV series including In The Flesh, Derek, Elementary, Blacklist and in the 2014 film X+Y (known as A Brilliant Young Mind in the US).