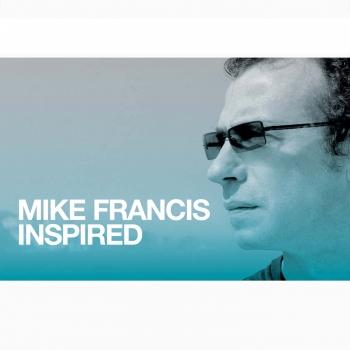 Mike Francis
was one of the most successful Italian pop star of the 80s.
Born in 1961 as Francesco Puccioni he scored his biggest hit already in 1984. "Survivor" led him straight to the top of the Italian charts, which was followed by top spots in Germany and the uk.
In the same year he wrote the hit "Friends" for disco queen Amii Stewart which charted in the top 10 as well. Many hits followed which always focussed on his unique and soft voice. "Let Me In", "Features Of Love" or "Togehter" are timeless masterpieces until this day.
In the early 90s Mike Francis recorded his first album in his native language. "In Italiano" went on to become the summer soundtrack of 1991 in Italy and brought him to the same fame as Eros Ramazotti or Raf. But still his music was inspired by the Soul, Funk an Disco of the 80s.
In the 00s years he decided to step away from the microphone and focussed on songwriting and producing with his project "Mystic Diversions" .
Blank & Jones grew up with his music in the 80s and convinced Mike Francis in 2005 to return to the microphone. Together they recorded a cover version of the van Morrison classic "Someone Like You" for their famous "Relax" series. The vibe was right and so they not only decided to record a whole Blank & Jones album ("Relax Edition Three") with Mike Francis as lead singer, but also produced in return his comeback album "Inspired" (2007). Sadly this fantastic singer and wonderful person passed away in 2009 far too early.
Together with his family, Blank & Jones have now curated a huge collection of his outstanding work. Many rarities like his very first single "Love Has Found You" or a live recording of the Marvin Gaye classic "Let's Get It On" can be found on CD for the first time. Overall this 4CD Box presents the highlights of all his albums which are unavailable since a long time, or only as very expensive japan imports. Of course all songs were carefully remastered by Blank & Jones and the box also includes an extensive booklet with many pictures and impressions.