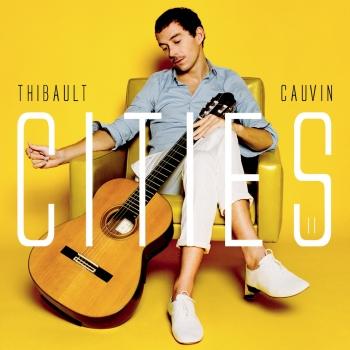 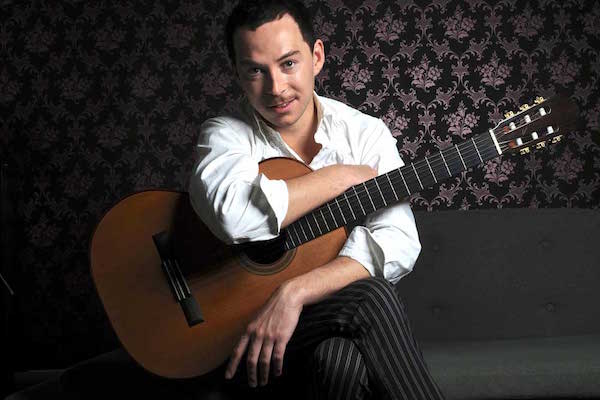 Thibault Cauvin
At just 27 years old, Thibault Cauvin is one of the most talented and charismatic guitarist of his generation. This young prodigy is in high demand and has already performed more than 1,000 concerts, on every continent. He is unanimously recognized by the guitar community and music critics as “the Ambassador of the new classical guitar.”
Born into a musical family, Thibault began studying guitar when he was six years old with his father, the acclaimed guitarist/composer, Philippe Cauvin.
After brilliant studies at the Bordeaux Conservatory and the French National Conservatory of Music in Paris, Thibault embarked on the international competition circuit.
By the time he was 20 years old, he had already received thirteen Second Prize awards, and was honored with thirteen First Prize awards.
Cauvin recorded his first CD when he was sixteen. A few years later, one of his concerts in Radio France Paris was recorded and released on the Déclic Label.
In 2005 he released his third CD “Bell’Italia”, containing pieces of the great Italian composers. His fourth album "N°4" was released in 2009 to great critical acclaim.
Mr. Cauvin has also participated in many TV and radio programs and collaborated with famous musicians. He has performed with great orchestras including El Orchestra National Simon Bolivar (Venezuela), The Philippines National Orchestra (Philippines), The Montana State Orchestra (USA), and El Orchestra de la Coahulia (Mexico).
The renowned composers Carlo Domeniconi, Dusan Bogdanovic, Atanas Ourkouzounov, Olivier Chassain, Pradeep Ratnayake, Sebastien Vachez and his father Philippe Cauvin, have dedicated compositions to Thibault Cauvin.
"He’s brimming with talent and youth, but he also has the sobriety to do justice to the correct expression of a work. Thibault Cauvin is completely in his element. He has proven himself, with surprising maturity, to be a virtuoso performer, eminently musical, gifted, in addition, with an eclectic ear." Los Angeles Times
"Technical perfection and musical expression fully developed are the distinctive features of this remarkable phenomenon: Thibault Cauvin." Robert Fontani / General Anzeiger
"I was fascinated, wondering where he’d take the music... Cauvin has a real depth of understanding of the music he plays. He’s a full-fledged star." Tom Kerstens
"Musically limitless, with intense bursts of feeling and a love of life that really comes across." Colin Cooper, Classical Guitar Magazine