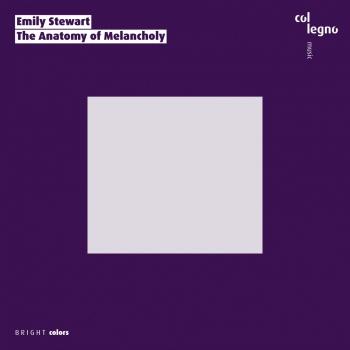 The Anatomy of Melancholy

Emily Stewart
he Anatomy of Melancholy is an intimate album of contemporary chamber music written for violin, cello and double bass, interspersed with short passages of spoken word and songs with piano accompaniment. The pieces are a mix of arrangements, original compositions and improvisations that although new, invoke familiar sounds from the past. Much like the fanciful whims of a child, I have taken my music picks freely, arranging some pieces from Béla Bartòk's Mikrokosmos, but also songs by Jackson C. Frank and Ernie Burnett. My own compositions borrow unabashedly from ideas across the musical spectrum as well as from my own multicultural background. At its core though the album stays true to itself as it presents an introspective cornucopia of melancholy, minimalist music. It is an album about longing and vulnerability and laying one's soul bare.